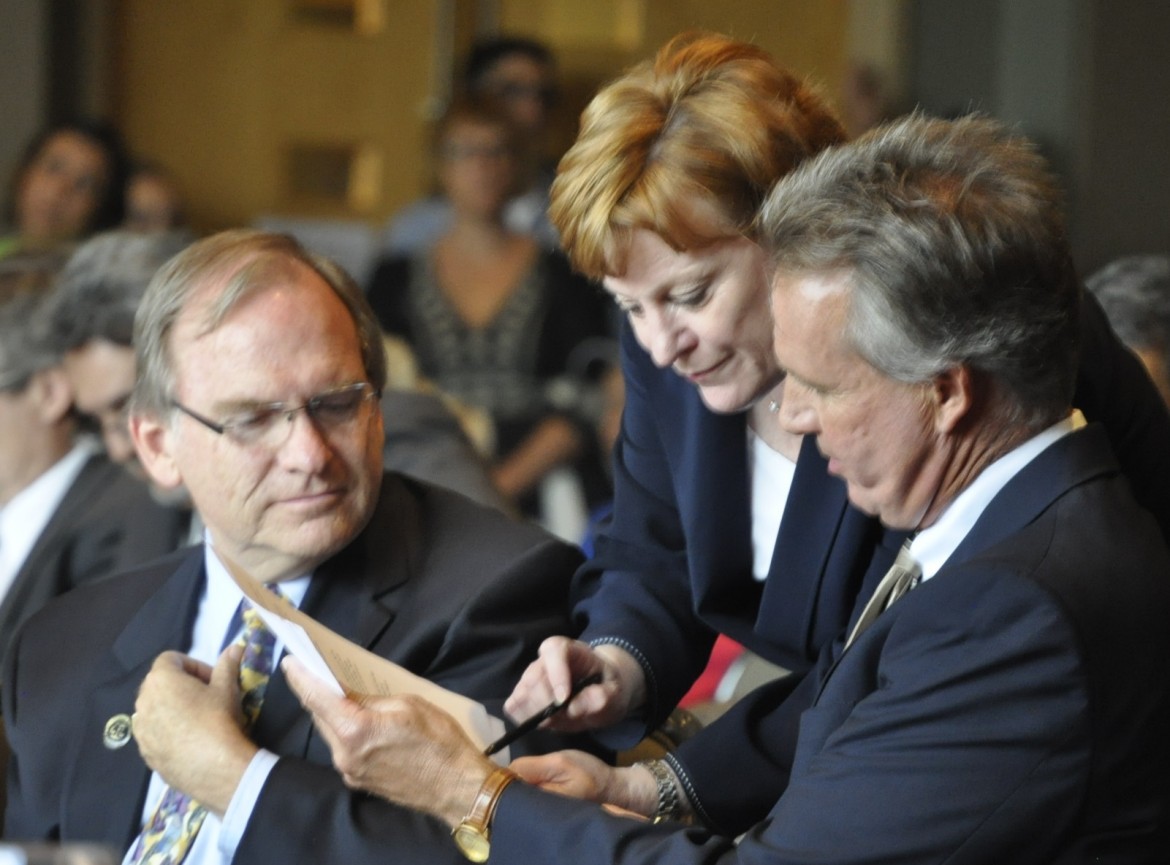 State Attorney General Gary King has acknowledged that his office is investigating potential criminal wrongdoing revealed in the audit of the 15 New Mexico organizations that provide services like drug treatment and suicide counseling to an estimated 30,000 New Mexicans.

Emails obtained by New Mexico In Depth show that Gov. Susana Martinez’s Human Services Department (HSD), which asked King to investigate, also kept in regular contact with representatives of the U.S. Attorney’s Office. The emails don’t point definitively to a federal probe but make clear that the feds were in the loop as HSD looked to pass the audit to criminal investigators.

A spokesperson from the U.S. Attorney’s Office said Thursday she could neither confirm nor deny the existence of an investigation.

Citing the audit’s results, HSD decided in late June to suspend behavioral health Medicaid dollars to the 15 organizations and accused all 15 of “credible allegations of fraud,” although questions remain as to how HSD reached that conclusion.

HSD officials appear to have met twice – on May 28 and June 21 – with representatives from the U.S. Attorney’s Office as well as lawyers from the office of the state attorney general to discuss the audit and various issues that it raised, the correspondence shows.

Book-ending the two get-togethers between state and federal officials in May and June were phone calls and email exchanges. And, buried in the 100 pages of electronic correspondence that the Attorney General’s Office turned over, the emails suggest HSD began this spring apprising federal and state authorities of issues the audit might raise.

NMID obtained the emails through a public records request filed with the Attorney General’s Office after HSD decided to suspend behavioral health Medicaid dollars to the organizations. HSD’s decision has led to protests and, in some cases, to disruptions in care for clients.

What would interest federal investigators?

It is unclear what federal investigators might look for beyond proof of Medicaid fraud or possible violations of the federal tax code.

Except for its summary pages, the meat of the audit remains secret, although the Albuquerque Journal and KOB-TV have published stories in recent weeks that provide glimpses into activity that might interest investigators.

Because the state attorney general is responsible for prosecuting cases of Medicaid fraud, the Martinez administration handed over the cases of “credible allegations of fraud” to King’s agency.

Would federal authorities be conducting an inquiry into Medicaid fraud too? Or would they look at other issues?

The emails released to NMID hint generally, and even then only obliquely, at what state and federal lawyers might have seen as potential investigatory leads.

In a May 9 email, Howard Thomas, an assistant U.S. attorney, told HSD’s deputy general counsel, Larry Heyeck, that he anticipated the head of “the white collar crime” section to be one of four representatives from the U.S. Attorney’s Office at a meeting they were scheduling for later in the month.

“We may ask someone from the FBI to attend as well,” Thomas wrote.

Whether the head of the U.S. attorney’s “white collar crime” section or an FBI agent attended the May 28 meeting isn’t clear. None of the emails say.

In addition to telling the state Attorney General’s Office and the U.S. Attorney’s Office of issues likely to be raised by the audit, HSD officials also appear to have shared information on how a contract firm performed the audit, the emails show.

On May 23, Heyeck sent background information and the protocols Public Consulting Group Inc. (PCG) used for the “behavioral health clinicall|T billing audits” to both federal and state investigators, the emails show.

After weeks of correspondence, the May 28 meeting between state and federal officials occurred in downtown Albuquerque. The emails don’t disclose what officials discussed.

More than three weeks after that meeting, state and federal officials met again at HSD’s Behavioral Health Services Division office in Santa Fe on the afternoon of June 21, according to the correspondence.

Three days later, on the day the Martinez administration publicly announced the suspension of behavioral health Medicaid dollars, state and federal investigators received copies of what Heyeck called the “full report” – apparently a reference to the audit report that has been thus far kept largely hidden from the public.

“Attached please find PCG and Optum’s FULL REPORT,” Heyeck wrote in an email to employees of the state and federal law enforcement agencies.