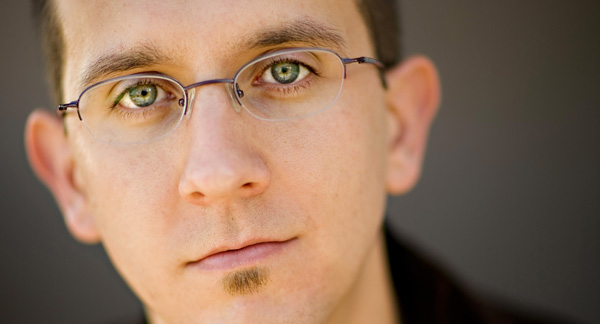 As House Speaker Ken Martinez put an end to the 2013 regular legislative session on Saturday, a number of journalists and others took to Twitter to express their shock at what had just happened.

Members of the N.M. House of Representatives approved a number of tax reforms that had each provoked long debates in the past. They lumped the proposals into one, complex bill that essentially shifts tax burden from corporations to cities and counties, which forces the local governments to decide in the coming years whether to make budget cuts or raise your taxes.

The House and Senate both approved the legislation in the final hour of the session, without many lawmakers taking time to understand how their votes might affect their constituents and what cities and counties will do to plug budget holes. Many didn’t have details on how the changes would impact the state’s budget or data to support the bet that cutting corporate taxes will bring significant numbers of new jobs to the state.

REPUBLISH THIS COMMENTARY
If you’re interested in publishing this article in your newspaper or on your website, e-mail us.

In the House, Martinez allowed the bill to bypass the scrutiny of the committee process despite his past statements about the importance of that process. On the floor, the majority of lawmakers chose to vote without any debate. As the session concluded around noon on Saturday, the House gave final legislative approval to a major rewrite of the tax code most had seen for the first time only minutes earlier.

“That’s insane,” one woman, her voice captured on an archived video recording of the final moments from the House, muttered as she watched the tax bill win approval.

The Senate had approved the bill minutes before the House. At a post-session news conference, Republican Gov. Susana Martinez, who participated in secret negotiations on the legislation, promised to sign the legislation and called it “an important victory.”

Sen. Joseph Cervantes, D-Las Cruces, told me having little information about the impact of the bill is why he joined 25 other House and Senate members in voting against it. He called the last-minute push for a secretly negotiated bill an “ambush” that showed a lack of leadership.

“If you have a good policy, it should withstand debate and scrutiny,” Cervantes said. “If you have an uncertain and unclear position, then you pass it without an opportunity for scrutiny.”

Most legislators didn’t know leaders were negotiating the tax bill as the 60-day session wound down last week. The governor, Senate Finance Committee Chairman John Arthur Smith and a handful of others kept discussions secret.

But the proposal gained new life in the final hour of the session, around 11 a.m. Saturday, when proponents stuffed it into House Bill 641 on the Senate floor. Senators voted 34-8 to approve the proposal, with only Democrats dissenting.

There was little debate. Tim Keller, D-Albuquerque, called the legislation “complex” but urged approval. Jerry Ortiz y Pino, D-Albuquerque, decried the lack of information and voted against it.

The House took up the proposal with less than 20 minutes until the constitutionally mandated noon end of the session. Before House members had a copy of the bill, Minority Whip Nate Gentry, R-Albuquerque, proposed voting without allowing debate. Speaker Martinez, D-Grants, delayed Gentry’s motion long enough for members to get the bill and be told by a cabinet secretary that it would have a positive impact on the state’s budget each of the next five years.

Then more than two thirds of House members who were present agreed to skip debate and go straight to a final vote.

House members didn’t have time to read the bill carefully, if at all. Many said they got no written report on the impact of the legislation, while others received a copy of a report on the earlier version of the proposal, which was outdated, just before they voted.

Before the House voted to skip debate and then approve the bill, Jeff Steinborn, D-Las Cruces, tried to debate, but Speaker Martinez cut him off. Instead, there were periods of silence as the speaker waited for a legislative staffer and Clifford to provide information.

“They were stalling so there wouldn’t be time for debate,” Rep. Stephen Easley, D-Santa Fe, was quoted by The Santa Fe New Mexican as saying. “That was pretty unfortunate in terms of process and procedure.”

“I’m all for sensible tax reform and balanced tax reform, but it needs to be done with debate and forethought and very sound financial data,” Steinborn told me Tuesday. “That’s why I was standing up to debate, and why I took exception with this.”

In the final seconds of the session, House members voted 46-18 to approve the bill, with Steinborn and Easley among the handful of Democrats and Republicans in opposition.

House Majority Whip Antonio “Moe” Maestas, D-Albuquerque, who had earlier said he didn’t know whether to approve the “complex” and “major” proposal, voted for it. After the session ended, he told KRQE-TV in Albuquerque, “It’s a great day for New Mexico because it’s jobs, it’s economic development. We came together. We listened to one another.”

Listened? During debate that never happened?

A duty to be deliberative and transparent

Many components of the legislation had been discussed individually before. But lumping them together created massive tax reform whose impact hadn’t been scrutinized. In addition, the House has 18 new members this year, including Easley – that’s about a fourth of the chamber’s 70 members – who might not have been familiar with the individual proposals.

Smith was quoted by The New Mexican as saying he didn’t know any other way to pass such legislation “when we’re running out of time.” Rep. Tim Lewis, R-Rio Rancho, who voted against the bill, told me he didn’t have time to look over the bill before voting but “didn’t really mind the process.”

“I know it happens sometimes,” said Lewis, who said he supports the legislation now that he’s had time to look it over.

Time is an issue. Lawmakers aren’t paid, and many have other careers. The prospect of returning to Santa Fe for a special session can be daunting. In this case, the governor threatened to veto the budget and call another session, but Smith and others believed she might sign the budget if she also got a significant tax-reform bill.

Hence a deal that Rep. Mimi Stewart, D-Albuquerque, who voted against the bill, called a “royal screw job.” Many lawmakers who voted for the tax bill were apparently influenced by a desire to avoid another session.

That’s outrageous. Lawmakers have a duty to be deliberative and transparent, to take the time to gather information, analysis and opinions needed to make reasonable decisions. If that means another session, so be it.

Cervantes said New Mexico’s legislative process is designed to avoid debate and scrutiny. He has pushed for years, unsuccessfully, for the creation of a commission tasked with proposing constitutional reforms, including changes to the legislative process.

If the current system hinders lawmakers’ ability to do their jobs, then it’s time for structural reform.