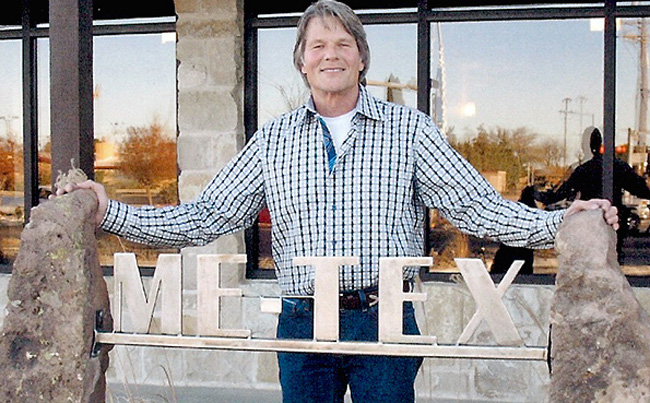 Mark Veteto, president of Hobbs-based Me-Tex Oil and Gas, comes in at No. 8 on the power players list, having given $200,359 to Republican candidates and causes since 2011. 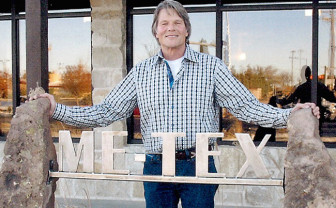 Mark Veteto, president of Hobbs-based Me-Tex Oil and Gas, comes in at No. 8 on the Power Players list, having given more than $150,000 to Republican candidates and causes since 2011.

Editor’s note: This post has been updated with new information. For an explanation, see the correction at the end of this post.

From 2011 to 2014 tens of millions of dollars flowed through New Mexico’s political system, a notable amount for a poor state with one of the highest rates of poverty and a large percentage of residents who go without health insurance.

Perhaps even more noteworthy is that nearly $2.7 million of money given by individuals came from just 10 people.

They’re New Mexico’s Power Players, the top 10 individual donors from New Mexico between 2011 and 2014, according to data compiled and analyzed by the Investigative News Network (INN) and New Mexico In Depth. Data was provided by the National Institute for Money in State Politics and the Center for Responsive Politics, as well as the New Mexico Secretary of State’s office.

This story is part of an Investigative News Network collaboration examining the major political donors in states across the United States. To view other stories in this initiative, please visit investigativenewsnetwork.org.

The contributions reflected in this story run from Jan. 1, 2011, through June 30 for money given to federal candidates and causes, through Oct. 4 for money given to New Mexico state-level candidates and causes, and through various dates for other states, depending on campaign finance reporting deadlines. The totals include contributions to political action committees, or PACs, at the federal level and in New Mexico.

You might not be surprised that Santa Fe boasts the greatest number of Power Players, or that most of the others live in places like Albuquerque, Hobbs, Artesia and Las Cruces. One of the 10 hails from Embudo, a small community north of Española.

New Mexico’s Power Players also are a bipartisan bunch, Democrats and Republicans. They are diverse in other ways, too – there are native New Mexicans and individuals who’ve retired or moved here from elsewhere on the list, as well those with inherited wealth and oil company executives. There is even one organic farmer, the gentleman from Embudo.

Another interesting fact: It appears the Power Players rarely crossed party lines. Six of the top 10 gave almost $1.6 million to mostly Democrats while the other four donated nearly $1.1 million mainly to Republicans.

Guy Bowers, No. 2 on the list for contributing nearly $475,000 to Republican candidates and causes from 2011 to 2014, only began giving to political causes in recent years, he said. He’s focused on preserving gun rights.

“I’m kind of a new kid on the block insofar as making contributions go,” he said. “I feel like most, if not all, are supporting the Second Amendment and individual gun rights.”

Sallie Bingham of Santa Fe, No. 7 on the list with almost $160,000 given to Democratic candidates and causes, said she gives to candidates based on “their record and what they’re trying to achieve.”

She said she is interested in prison reform, treatment of immigrants and women’s issues. 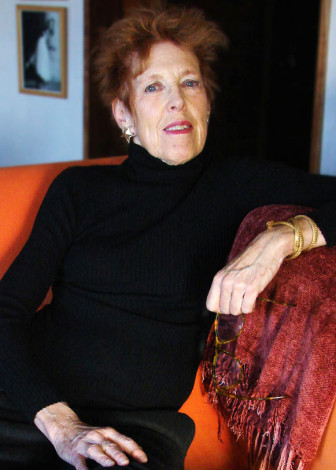 Santa Fe-based writer Sallie Bingham comes in at No. 7 on the Power Players list, having given nearly $160,000 to Democratic candidates and causes since 2011.

David Rigsby, the organic farmer from Embudo and No. 6 on the list, replied via email that he was reluctant to discuss his political donations. But, he wrote, “Transparency is something I fight for,” and noted his distaste for “dark money” attacks in politics.

Like Bowers, Rigsby said his inheritance allowed him to donate to political causes.

“The imbalances created by ‘Citizens United’ have moved me to try to counter the scream of corporate and ‘one percenter’ money which I think tends to minimize the voices of the ‘real’ people who actually do the work, and make the sacrifices upon which humanness/humane-ness rides,” Rigsby wrote.

Rigsby is referring to the 2010 Citizens United decision by the U.S. Supreme Court that allowed corporations and unions to spend unlimited amounts on elections at the state and federal levels. Other decisions allow such groups to take unlimited donations.

Mark Veteto of Hobbs, No. 8 on the list, also raised a concern about big money in politics, even though he’s a generous donor. His political involvement began as a young Republican.

“When you read about the uber-wealthy billionaires that are creating these PACs, one may be sensitive to the environment and one may be sensitive to the Koch brothers, that concerns me,” he said. “Sometimes in preserving the industry I’m in, not just oil and gas but entrepreneurial industry, it requires us to be engaged… people like me write checks because we believe in the system.”

Like others on the list, Veteto also gives to traditional charities. And his family operates a foundation that gives annual awards to teachers in the Hobbs area.

New Mexico In Depth reached out to the rest of the top donors via phone, email and sometimes both. They did not respond or declined to discuss their political giving. Victor Jury Jr. of Albuquerque, No. 3 on the list, for instance, emailed that he prefers not to discuss private matters such as political donations. Reached by phone, Paul Schmidt of Santa Fe, who is No. 10 on the list, said he and his wife, Elise Schmidt, who’s No. 5, similarly didn’t want to discuss their giving. Robert Chase of Artesia, No. 9, also declined to speak with New Mexico In Depth. Neither Barrett Toan, who ranks No. 1 on the Power Player list, or Martin Small, No. 4, returned calls from New Mexico in Depth.

The role of deep-pocketed contributors

Citizens United and other court decisions have stoked a national conversation in recent years over the amount of money flowing through the nation’s political system, including whether such deep-pocketed contributors exercise outsize influence. It’s virtually impossible to say.

“In a perfect world, it would be great if … finances weren’t such a big factor in terms of who got elected,” said Paul Gessing, president of the Rio Grande Foundation, a free-market think tank. “It’s obvious that money plays a significant role in politics. The question is, is there anything that can be done to prevent that from happening? I don’t think that’s possible.”

“The question about influence is a really tricky one,” Harrison said. “Sometimes it is somebody being a good citizen. It’s just this out-of-control spending and how incredibly expensive that all these campaigns are now that’s really disturbing to me.”

The nearly $2.7 million from New Mexico’s top 10 makes up a portion of more than $30 million flowing in to New Mexico campaigns or out of New Mexico by donors in the state over the 2011-14 period, the INN analysis shows.

Her group’s Verde Voters PAC is the fourth largest recipient from New Mexico’s Power Players, receiving $130,000 from three of them toward its total thus far of about $626,000, including money from Toan, Bingham and Rigsby. Only about $92,500 of that total amount comes from non-individual donors.

“It’s absolutely essential that we have individuals who are aligned with our values and care about our land and our air and our water,” Foster said.  “There are a lot of super PACs out there that rely on very large corporations.”

Verde Voters is focused on helping pro-conservation candidates retain control of the state House of Representatives, Foster said. All of the candidates they’ve endorsed are Democrat, while Advance New Mexico Now is trying to help Republicans take over the body.

Currently, 37 Democrats and 33 Republicans hold seats in the New Mexico House of Representatives, but the GOP is trying to knock off several Democrats so it can take power with the majority of seats.

Of Advance’s $628,000 in contributions, about $182,000 came from seven individual donors, none of them on the Power Players list, while the rest came from corporations or political committees.

The analysis of New Mexico’s Power Players doesn’t include donations from corporations, unions, nonprofits or political action committees to campaigns or other PACs. Also omitted is Las Vegas casino billionaire Sheldon Adelson, who gave $250,000 to the GOP super PAC Reform New Mexico Now in 2012. But he hasn’t given to any other New Mexico candidates or PACs since, so he isn’t included.

And donors to nonprofit groups such as Crossroads GPS or League of Conservation Voters, which often participate in campaigns, don’t have to be disclosed. So such donations can’t be included.

Gessing of the Rio Grande Foundation said the ability to conceal donations to such “social welfare” nonprofits is essential.

“Standing up for something that’s unpopular can have some very negative consequences,” he said. “I am a proponent of anonymity.”

But Harrison of Common Cause noted that those nonprofits, along with Supreme Court rulings allowing unlimited spending by outside groups and lifting donation limits to PACs, means there’s more money in politics than ever before.

“It’s just a completely different world than it was even six years ago,” she said. “When people have that kind of disposable money to give to campaigns, when they’re talking to candidates, I wonder what their message is to candidates. Those people are talking about something that’s going to represent their interests.”

Veteto said he doesn’t believe his money has a direct effect on how public officials make decisions. But he admitted his donations give him access to politicians such as Republican Gov. Susana Martinez.

“My largest contribution was to Susana’s first gubernatorial campaign,” Veteto said. “I got to know her on a personal level. I’ve never asked her for any favors. I’m kind of proud of that.

More about the top donors

Learn more about each of the top 10 individual political donors from New Mexico by clicking here.

Clarification: A prior version of this article incorrectly stated that Verde Voters PAC is focused on helping Democrats retain control of the state House of Representatives.