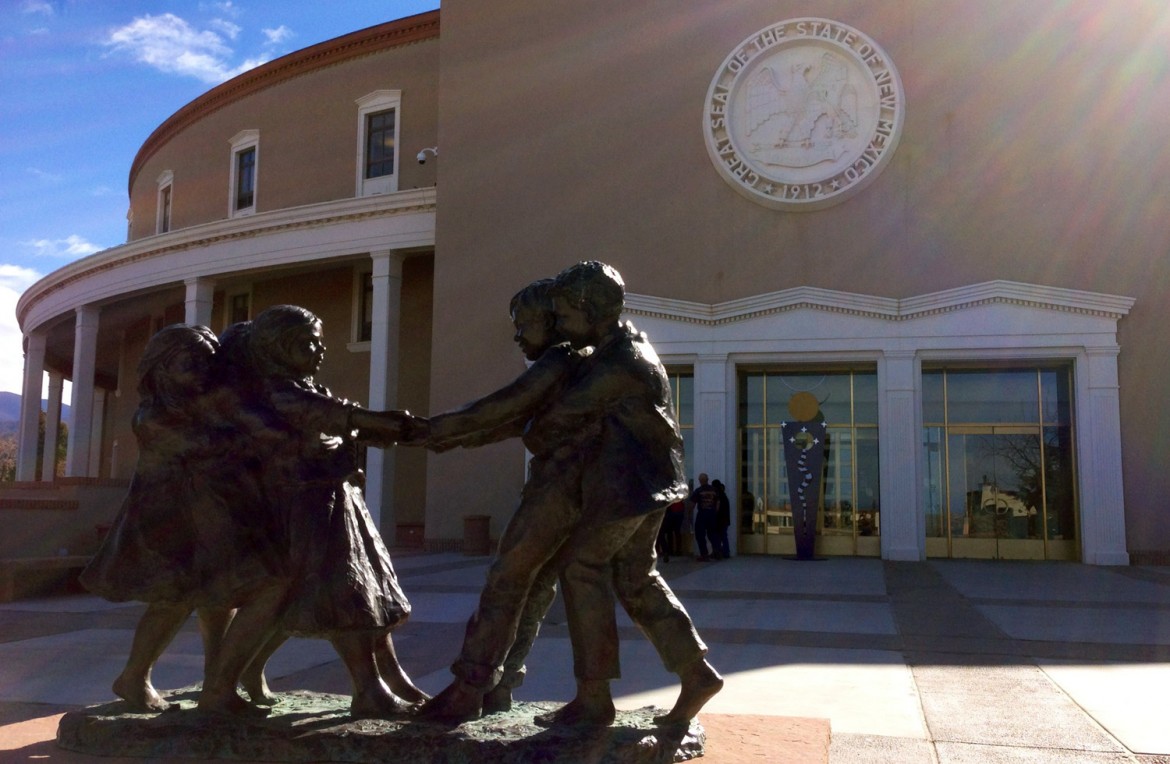 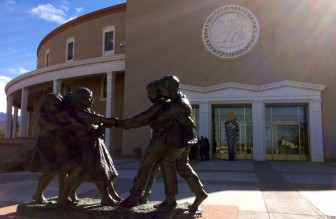 A statue of children playing outside the Roundhouse in Santa Fe.

I reported earlier this year that members of the New Mexico Legislature’s Indian Affairs Committee voted — once again — to seek money to help Native American youth in New Mexico.

Specifically, the committee was seeking money for suicide prevention programs. The rate of suicide among Native American youth in the state is nearly four times the national suicide rate among all 15-24 year olds, according to a recent report from the state’s Health Department.

As the 30-day legislative session winds down — it will end at noon on Thursday — the prospects for that funding remain uncertain. So, too, does passage of a state budget bill. As The Associated Press reported on Sunday:

The measure cleared the Finance Committee unanimously and goes to the Senate for consideration.

The prospects remained uncertain whether the Senate, House and the governor would agree on a budget before Legislature adjourns on Thursday.

Currently, the Senate Finance Committee budget bill includes just over $100,000 to fund work being done by a clearinghouse housed at the University of New Mexico. Established by the Legislature in 2011, that project connects people from the state’s diverse Native American communities with culturally appropriate suicide prevention programs.

But Rep. James Madalena, D-Jemez Pueblo, and others have for years sought money to fund the actual prevention programs themselves. Madalena asked for $300,000 this year to fund three culturally-based Native American youth suicide prevention initiatives.

Thus far, that money isn’t in the Senate or House versions of the budget bill.

I called around this morning to learn what might happen with the suicide prevention funding. Robert Apodoca, a lobbyist for several pueblos, told me Sen. Howie Morales, D-Silver City, has agreed to carry an amendment that will include some funding for the suicide prevention programs. I’ve been unable to reach Morales for comment.