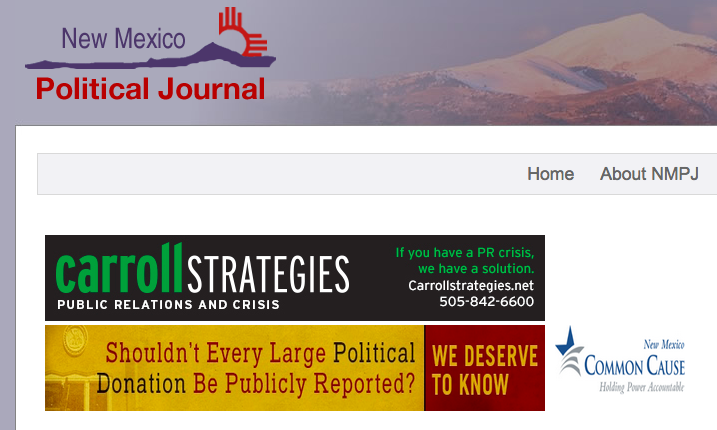 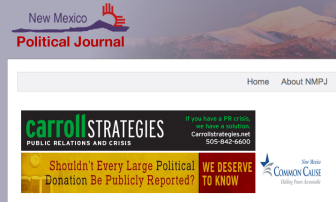 Common Cause New Mexico is running ads online and in newspapers to support transparency legislation.

Lobbyists and organizations have reported spending more than $231,000 trying to influence lawmakers in the first half of the 60-day session.

Much of that money went toward wining and dining legislators. And that only includes expenditures of $500 or more that are required to be reported to the Secretary of State within 48 hours.

Common Cause New Mexico, a non-profit citizens’ lobby supporting reform of lobbyist and campaign finance laws, spent the most. The group reported spending more than $79,000 on advertising and a phone campaign supporting bills requiring more disclosure and an ethics commission.

Voqal USA helped to pay for the print and online advertisements, Harrison said.

New Mexico In Depth downloaded and analyzed spending by individual lobbyists and organizations that filed 48-hour reports as part of an examination of lobbyist spending and disclosure.

Among the big spenders since the last NMID report:

There are still several more events are on lawmakers’ social calendar, including Thursday’s 100th Bill Party at the El Dorado Hotel.

Here’s a look at all the 48-hour reports of spending over $500 through midday Sunday: