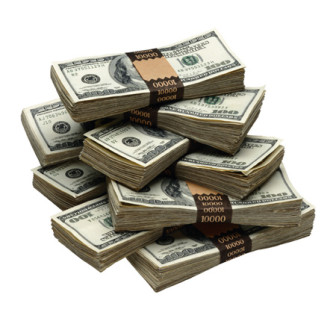 New Mexico cities, counties, colleges and other public entities spent nearly $7.2 million in 2014 and 2015 to lobby the state and federal government.

Two-thirds, or more than $4.8 million, went toward lobbying officials here in New Mexico compared to $2.35 million spent to lobby in Washington, according to an analysis by New Mexico In Depth.

That “makes my head hurt,” Viki Harrison, executive director of Common Cause New Mexico, said when told the amount. “We’re paying for this with taxpayer money? If this was private money people were using, that would be one thing. But this is my taxes.”

As surprising as the figure might be, it provides only a glimpse into the vast amounts of money spent on lobbying New Mexico’s state lawmakers and public officials.

Unlike Colorado and other states, New Mexico doesn’t require lobbyists or their employers to disclose compensation. So it is unclear how many millions of dollars in addition are being spent by private-sector businesses, associations and other organizations to lobby New Mexico public officials.

Some said spending on lobbyists may be necessary for some public bodies that compete for money each legislative session.

“In some circumstances I can see how it could be helpful for them to hire someone who understands how to navigate Santa Fe and be effective,” said Rep. Jeff Steinborn, D-Las Cruces.

Methodology: How we did it

New Mexico In Depth arrived at the $7.2 million figure after filing about 100 public records requests for information on what was spent on lobbyists, including expenses, by New Mexico cities, counties, public colleges and universities, K-12 schools and other public bodies. NMID identified those public bodies with lobbyists through the Secretary of State’s campaign finance system.

Contracts and payments received from 67 public agencies were uploaded to DocumentCloud, where New Mexicans may examine them. NMID also created a searchable database of details.

Most of the money spent on lobbying by New Mexico’s public bodies went to lobbyists contracted by cities, counties, schools and other public entities, but some went to public employees whose job is primarily lobbying. The total also includes money spent on parties or food for public officials and other expenses.

Harrison of Common Cause wondered about the fairness of certain government bodies using lobbyists while others didn’t.

“Are they getting their fair share?” Harrison asked of those public jurisdictions who don’t use lobbyists.

Here’s a look at the total spending by sector:

Public colleges and universities are New Mexico’s biggest spenders, at more than $2.1 million over the two years, with nearly 70 percent of that going to lobbying at the state level.

The Las Cruces-based university has a team of four lobbyists: two on staff, one contracted to work on state issues and another contracted to focus on federal government.

“It’s a pretty lean operation for a $600 million a year operation,” Caruthers said.

Cities are the second largest spenders behind higher education, with 18 cities, towns and villages spending more than $1.6 million to lobby over the two years, NMID found.

But that’s a fraction of the state’s 105 municipalities. Most depend on the New Mexico Municipal League for lobbying services.

And 13 of the state’s 33 counties employed lobbyists during 2014-15 at a cost of $1.3 million. The New Mexico Association of Counties provides lobbying services for most of the counties.

Some public bodies have employees or unpaid board members register as lobbyists although that isn’t their primary role. New Mexico In Depth didn’t include those individuals in this analysis.

There are also many smaller spenders. Six charter schools responded to NMID’s request.

One, Turquoise Trail in Santa Fe has a contract with lobbyist T.J. Trujillo, who waived his fee to represent the school. Others paid between $9,000 and $12,000 to lobbyists over two years.

“It’s to protect their interests,” Griffith said. “A lot of charter schools come under attack, and we’re there to protect the interest of our clients.”

Here’s a chart of the top 20 public spenders on lobbying:

But many lobbyist contracts are pricier than Griffith’s.

And they not only give insight into how much public entities spend on lobbying. They also illuminate how much lobbyists are paid to monitor legislation and sway lawmakers on policy issues in general.

Steinborn, the Las Cruces Democrat, proposed legislation requiring disclosure of fees by lobbyists and employers during the legislative session earlier this year. Several other other states require lobbyists to report their compensation. But such reporting was removed from Steinborn’s reform bill, which ultimately passed in a watered-down state.

“I intend to introduce that bill calling for full disclosure of all lobbying expenses again,” he said. “It’s just so important that we know the full picture. I urged the governor to make ethics the priority and put it on her call in a wide-open way.”

Joseph M. Thompson tops the list of lobbyists paid by public bodies earning $380,416 in fees from the University of New Mexico, the city of Albuquerque and the Eastern New Mexico Water Utility Authority. The former state representative represented 16 clients, including his lobbying firm, in 2014, and 20 clients in 2015.

But Horan, a lawyer affiliated with Sheehan & Sheehan in Albuquerque,  represented 21 clients in 2015 and 19 in 2014, most of them businesses or associations, including Albuquerque Publishing, the publisher of the Albuquerque Journal, and the New Mexico Press Association.

According to his contract with the city of Las Cruces, in fiscal year 2015 Horan was paid almost $5,600 a month. The city also paid Horan $3,000 for expenses during the 60-day legislative session.

“Pretty lucrative,” Steinborn said when told about the earnings by some lobbyists employed by the public.

Third at the state level was Mark Duran at $283,300. He worked for Central New Mexico Community College and the city of Santa Fe. They were just two of the 13 clients in 2014 and 15 clients in 2015 represented by Duran.

In some instances, a single contract may cover costs for more than one lobbyist. New Mexico In Depth is including only the person who signed the contract with a public body, with a couple of exceptions.

Steinborn questioned whether lobbyists with so many other clients might present conflicts for local governments.

“They’re hiring a lobbyist with their taxpayer dollars, who’s out there very possibly advocating for issues that the residents might not be comfortable,” he said.

Some contracts have provisions to deal with potential conflicts, such as Duran’s contract with Central New Mexico Community College.

Four of the top 10 lobbyists in terms of pay and expenses in 2014 and 2015 were public employees whose jobs included lobbying officials.

NMSU President Carruthers said Rel is considered an expert on higher education funding among lawmakers and his peers.

“A good government affairs person is an expert on higher education issues and they also have a historical perspective on higher equation and their institution,” Carruthers said. “They’re neither one schmooze or booze guys. It’s hard to get them to go out at night.

“I’m kind of in charge of schmooze and booze, that’s kind of my job,” the former governor said.

At New Mexico Institute of Mining and Technology, David Manzano, director of government affairs, received $164,077 in salary over the two years and more than $17,000 for expenses.

“That’s a pretty small price to pay to have the best man on the job,” said New Mexico Tech spokesman Thomas Guengerich. “In any given year, our legislative team is tracking more than 100 bills, sometimes it’s been as many as 200 that have a direct impact on higher education.”

“As these bills come up, he often is sitting in on committee meetings and testifying,” Guengerich said. “Having our president serve in that capacity is certainly the most inexpensive and efficient manner of interacting with legislators.”

Albuquerque Public Schools paid legislative liaison Carrie Menapace $80,000 a year, plus more than $10,000 in expenses in 2014 to travel to meetings and conferences. The district also paid contract lobbyist Arthur Melendres $66,000 a year during the two years

In 2014, University of New Mexico paid Marc Saavedra nearly $156,000 a year. Saavedra resigned in August 2014 after being charged with his third drunken driving offense.

UNM also spent more than $48,000 on receptions and other entertainment for lawmakers and other elected officials, according to records filed with the Secretary of State’s office.

Here are the top 20 public sector lobbyists based on payments including expenses:

Federal lobbying contracts are even more lucrative, though they’re fewer.

Sixteen New Mexico public entities employed 10 lobbyists or firms at the federal level in 2014 and 2015 at a cost of nearly $2.4 million over the two years.

In April, UNM signed a federal lobbying contract with Van Scoyoc Associates for a monthly fee of $18,000. That works out to $216,000 a year, and it’s the highest monthly fee found in NMID’s analysis.

But New Mexico State University was the top spender on federal lobbyists at $370,000 over the two-year period. Lewis-Burke Associates charged $175,000 a year plus $10,000 in expenses.

And the top federal earner was Murray, Montgomery & O’Donnell at $678,400 over the two years. That firm represented Bernalillo and Sandoval counties, the city of Albuquerque, the Albuquerque Bernalillo County Water Utility and the Southern Sandoval County Arroyo Flood Control Authority.

Meanwhile, Eddy County and the city of Carlsbad teamed up to spend more than $360,000 over the two-year period for FTI Consulting to lobby Congress and the executive branch on issues surrounding the Waste Isolation Pilot Plant.

Here’s a look at federal spending for specific lobbyists:

Editor’s note: The original version of this story incorrectly stated that Lawrence Horan topped the list of lobbyists working for public agencies, taking in nearly $336,000 in fees. That designation belongs to Joe Thompson, who earned more than $380,000 in fees during 2014 and 2015.