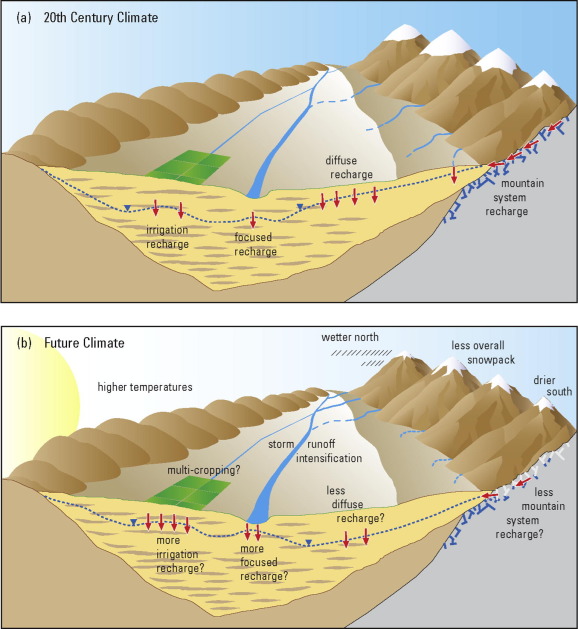 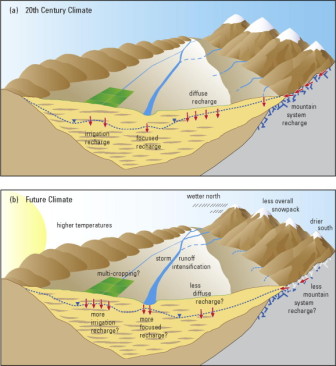 Last year, NMID reported about how decreasing snowfall and rainfall will put river systems and associated water supplies at risk in the coming century. Now, a new study shows how climate change will affect the West’s groundwater supplies.

Nationally, about 25 percent of water used comes from aquifers, which are underground repositories of water. In the western United States, that number is higher, at about 40 percent. Scientists studied eight aquifers in the western United States, including the Southern High Plains and Central High Plains aquifers, which supply water to New Mexico.

According to the study, published in the peer-reviewed Journal of Hydrology, water withdrawals will continue exceeding the ability of aquifers to replenish with water from precipitation, or irrigation and other water run-off. Mountain aquifers, which rely on snowpack to recharge, are also expected to decline.

Typically, write the authors, studies have focused on global or local impacts rather than looking at changes on a regional scale. That poses problems for decision-makers, especially when aquifers cross boundaries and jurisdictions – and are governed by agreements that assume the amount of available water will always remain constant.

According to the study: