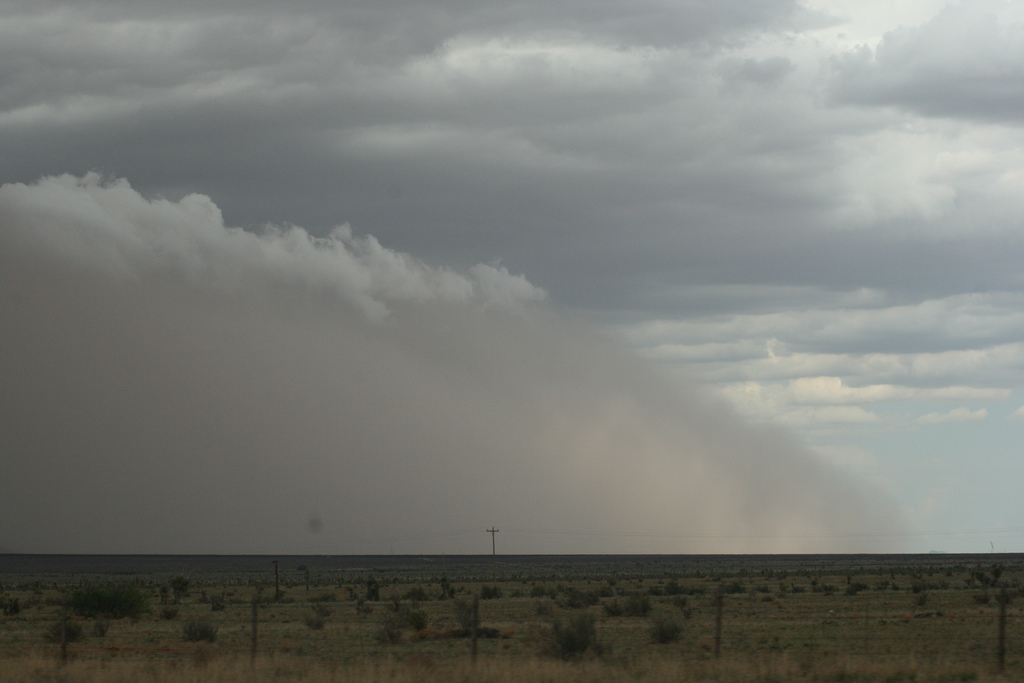 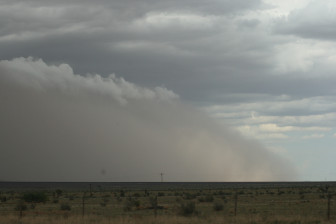 If you were in New Mexico this week, chances are good you felt the wrath of the state’s spring winds.

In Albuquerque, the Sandia Mountains disappeared behind clouds of dust, pollen, and tumbleweeds, as city officials alerted people to stay inside and avoid breathing the dust. And in southern New Mexico, officials also worried about how dust storms might reduce visibility for  drivers trying to traverse roads near Lordsburg.

Looking over the past decade, Kerry Jones, a National Weather Service meteorologist in Albuquerque points out that there was a significant jump in the number of dust storms occurring during years of extreme and exceptional drought. “Therefore, one could infer that with worsening drought comes more dust,” he says, with a note of caution: “But it’s complicated.”

Dust storms are getting more respect these days. That’s in part, says Dave Novlan, a meteorologist with the El Paso Weather Forecast Office in Santa Teresa, N.M., because as the region’s population has increased, the weather affects more people. “Climate and weather in general are getting to be a bigger issue because of their impact to society,” he says.

Fungi in the wind: dust storms may heighten the risk of Valley Fever in New Mexico

At the very least, when desert winds blow, they’re irritating. If a lot of dust is kicked up, storms can have serious health impacts, says Novlan, especially on people who already have respiratory problems, and because the winds can carry pathogens. Those pathogens include the fungus Coccidioides, which can cause Valley Fever when it’s inhaled by people and animals.

Then there are the dangerous road conditions.

“Dust storms are starting to get the respect they never got before because, with the increase in population, they’re affecting people so much more,” says Novlan.

A decade of dust: Tracking the frequency of dust storms in selected New Mexico areas.

Novlan points out that while these late winter and early spring storms are dangerous, forecasters often anticipate them and can issue warnings. Then, the Department of Transportation closes roads or warn drivers.

“You’ll see a huge thunderstorm off in the distance, and it could be a potentially big problem,” he says. “There’s this huge outflow across the desert, and there you are. Those are the most deadly ones.” In situations like that, he recommends drivers turn around or pull off the road as soon as it’s obvious that blowing dust is coming your way—and before poor visibility makes it more difficult or impossible to drive.

It’s those thunderstorm outflows that usually cause haboobs—giant dust storms thousands of feet tall that have swept over cities like Phoenix in recent years.

Like many New Mexicans, Novlan was hoping that the positive predictions for El Niño would bear out through this winter and spring. “That little boy has been delinquent,” he says. “It is really interesting because it’s the complete opposite from what people were expecting from the El Niño signature.”

In some places, the snowmelt running from the mountains into rivers is already starting to peak. That’s bad news, he says: “You don’t want it to be early and run off fast. You want a good amount, and you want it to stay around a while.”

In mid-March, the U.S. Drought Monitor declared “abnormally dry” conditions for about 40 percent of the state—up from only 26 percent at the turn of the year. Within the next couple of weeks, Novlan anticipates that those drought conditions will expand or intensify in New Mexico.