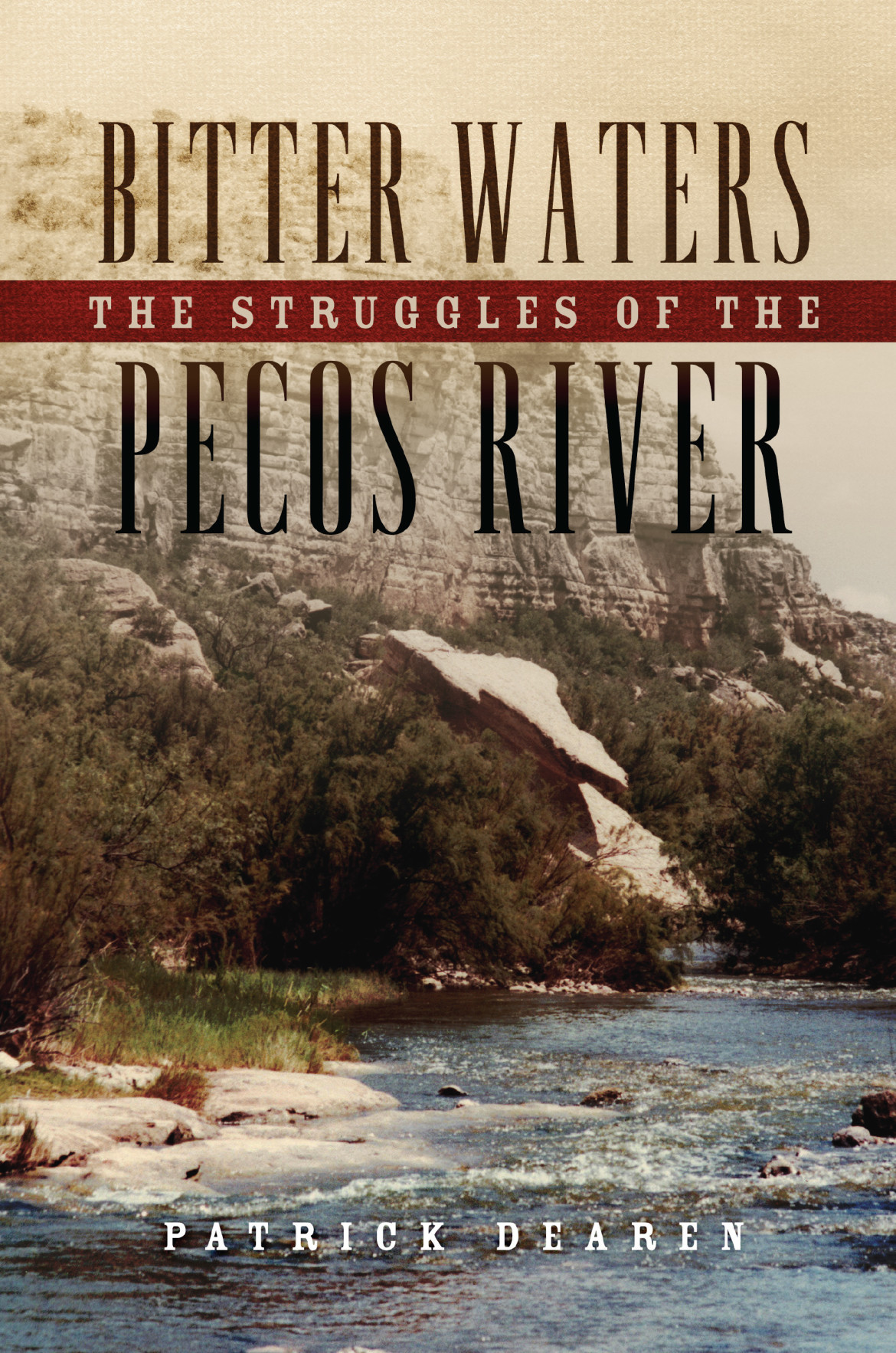 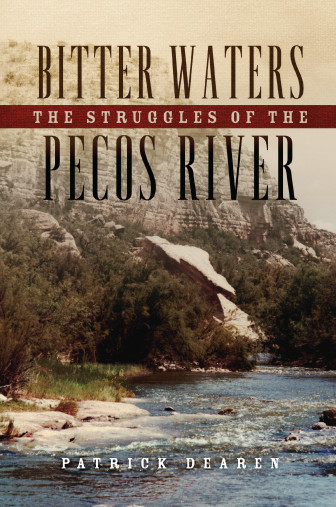 Patrick Dearen’s Bitter Waters: The Struggles of the Pecos River, offers a reminder of New Mexico’s complex relationship with water, its rivers, and its downstream neighbor.

Running from the Sangre de Cristo Mountains and through Santa Rosa, Roswell, Carlsbad, and on into Texas where it joins up with the Rio Grande downstream of Big Bend National Park, the Pecos is New Mexico’s second largest river.

During drought years of the ‘00s, the Pecos would often dry for long stretches. Just a few years ago, tensions between New Mexico farmers reliant on the river and its hydrologically-connected groundwater for irrigation came close to a boiling point. And heavy summer or fall rainstorms in recent years have sent the river raging.

It’s fair to say that even as the river made agriculture possible in the hot, scrubby desert of southeastern New Mexico, the Pecos has given farmers, towns, and engineers a lot of grief. 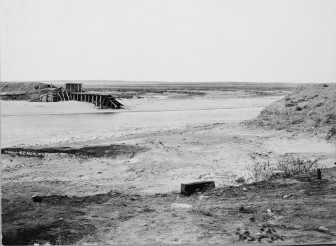 Library of Congress Prints and Photographs Division (HAER NM,8-CARL.V, 1 B-56)

In his book, Dearen provides a good overview of the river’s course and how early Spanish and Anglo explorers and settlers felt about it. (From an 1857 account of a stretch of the river in Texas: “A more stupid and uninteresting river cannot be imagined—rapid, muddy, brackish, timberless, and hard to get at.”) He also writes about how the Pecos’s waters have been used for irrigation and some of the current legal and biological challenges the river faces.

In the book’s final chapter, Dearen wonders about the river’s future:

As a dying river, or perhaps a stream only temporarily in decline, the Pecos is under siege by problems so vast and varied that resolutions are challenging if not impossible. Some individuals question the wisdom of even attempting to save it – “It’s absolutely worthless to us,” said one Texas rancher—yet for others, the importance of coexisting with a river in an arid land is clear.

Given the challenges, it’s difficult to feel optimistic about the future of the Pecos. 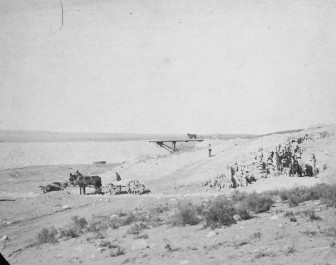 But whenever reading about the work engineers and others did during the nineteenth and twentieth centuries to tame and manage rivers – building diversions, dams, and vast networks of canals – I often feel a twinge of regret and relief.

Such intense management of the state’s rivers has affected how they flow (or don’t), the spread of non-native vegetation and the demise of native fish, and problems such as channelization and changes in water quality.

But looking at the historic pictures of the dams being built – and thinking about how clever people set about moving earth and reshaping history – also makes me wonder how people might expend that same type of energy toward river restoration and adapting human systems and infrastructure to the warmer and drier future New Mexico is facing. 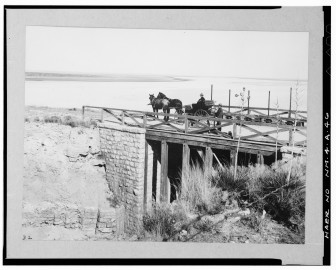 McMillan Dam on January 25, 1906. Courtesy of University of Oklahoma Press.

And there are even some signs of progress on the Pecos (even if you have to peer past drought and interstate water battles to see them): Federal and state agencies worked together to restore a 12-mile stretch of the Pecos – reconnecting an old oxbow, lowering the riverbank so that the channel and the floodplain are connected, and removing thousands of invasive (and water-sucking) tamarisk plants.

If Bitter Waters leaves you wanting to learn even more about the river, track down G. Emlen Hall’s 2002 book, High and Dry: The Texas-New Mexico Struggle for the Pecos River, which provides a great overview of the the dramatic legal battles on the Pecos.

One thought on “New book on the Pecos River, its place in history, and its future”