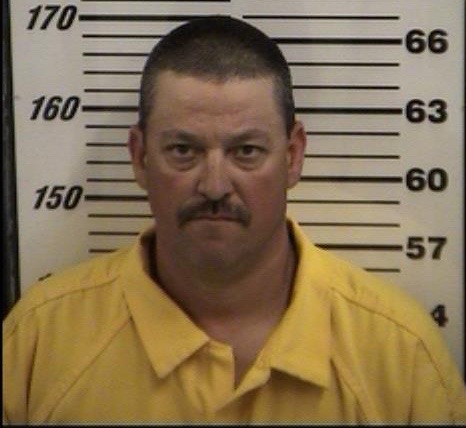 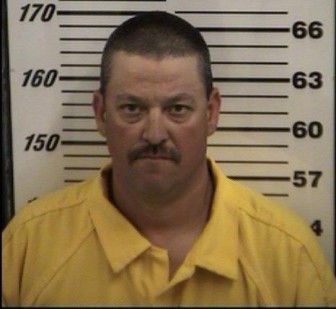 The rapes happened when Morgan was serving a four-and-a-half-year sentence in state prison for possessing and dealing methamphetamine and Carrejo, then a captain at the prison in Los Lunas, was trusted with guarding him.

In late March state District Judge George P. Eichwald sentenced Carrejo, 45, to 364 days in county jail with a 60-hour-per-week allowance for work release. Carrejo also received five to 20 years of probation and is required to register as a sex offender for the rest of his life.

Eichwald’s sentence came despite a state Probation and Parole Department recommendation that Carrejo receive six years in prison and Carrejo’s admission that he had raped other inmates during his 20-year career in corrections, according to a transcript of the March 31 sentencing hearing obtained by New Mexico In Depth.

At one point during the 43-minute hearing, the state prosecutor in the case called Carrejo an “admitted serial rapist”, the transcript shows. The prosecutor pointed to a string of other victims.

The disparity in crime and punishment struck the prosecutor, who described Morgan’s drug offenses as “so much less devastating to our society than what Mr. Carrejo did” with the tremendous power he wielded over Morgan.

An attorney who represented Morgan in a civil lawsuit against Carrejo, who retired from the Corrections Department just before the allegations became public, blasted the sentence in an interview with NMID as far too light given the former high-ranking prison guard’s actions. Carrejo’s criminal defense lawyer, however, said the sentence was “fair, but harsh” and added that lifetime registration on the state’s sex offender list is “devastating.”

Carrejo’s sentencing, and the court documents that recount it, raise questions of fairness in sentencing, such as: what crimes merit worse punishments than others; and how those punishments are distributed depending on who committed them.

They raise other questions, too. For example, was the judge moved to leniency by the testimony of a defense-hired clinical psychologist who according to the transcript placed part of the blame for Carrejo’s actions on what she called the culture of the Corrections Department, “where sexual deviance — as well as other deviant behavior — was rampant …”

The psychologist blamed the department for failing “to provide the right kinds of training and support that an employee like him would need in order to prevent this type of behavior from happening.”

Gov. Susana Martinez’s Corrections Secretary, Gregg Marcantel, in an interview with NMID disputed the psychologist’s characterization of New Mexico’s corrections system as a hotbed of sexual deviancy. Marcantel said the department has a “zero-tolerance” policy on sexual assault, and it is in compliance with the federal Prison Rape Elimination Act.

Initially, Carrejo was charged with two counts each of second- and third-degree criminal sexual penetration. He was facing 36 years in prison.

The Attorney General’s Office would not comment on why the two second-degree counts — which carry stiffer penalties — vanished in a plea offer, which Carrejo accepted.

Ultimately, Eichwald sentenced Carrejo to six years in prison, the maximum term for the two third-degree counts, and suspended all but 364 days. He allowed Carrejo to serve that time in a county jail, though at a subsequent hearing, Eichwald issued an order for work release that meant Carrejo would in fact spend less than two-thirds of the next year behind bars.

Carrejo’s lawyer, Jane Rocha de Gandara, said in court that her client has a job with Pepsi Company in Idaho, where he has been living for the past several years. In a telephone interview last week, she said he has a job in Valencia County, as well, but she did not know whether he was working in an office.

Eichwald offered few insights into his reasoning for meting out Carrejo’s punishment, according to the transcript, though he did say the lengthy period of probation is a “form of punishment, probably more than going to the Department of Corrections.”

“The other reason I’m doing this, Mr. Carrejo, instead of sending you to the Department of Corrections, is that you will have a God-awful time over there, because of the fact that you were a corrections officer,” Eichwald said at the March sentencing hearing according to the transcript.

The judge did not return numerous telephone calls seeking comment for this story.

‘I should have been treated with dignity and respect’

During the hearing Assistant Attorney General Bridget Lynn Mullins spoke for Morgan, who didn’t attend the Carrejo sentencing, describing Carrejo as “raping people who are vulnerable, who can’t say no, who find themselves in a position of disempowerment.”

“Mr. Morgan doesn’t say, ‘I didn’t do anything wrong or I shouldn’t have been in prison.’ He says, ‘I should have been treated with dignity and respect,’ “ she told the judge according to the transcript. “ ‘Mr. Carrejo was supposed to be there to protect me and keep me safe, but he did the complete opposite.’ (Morgan) stated that Mr. Carrejo abused his authority and dehumanized and demoralized him and should pay for what he has done.”

Matthew Coyte, an Albuquerque-based attorney who represented Morgan in a civil lawsuit against Carrejo and another prison official that has since settled for an undisclosed amount, said Carrejo’s crimes warranted a much longer sentence.

“To have him do work release while my client spent many years in prison on drug charges is a really disappointing double standard,” Coyte said. “After all, Mr. Carrejo did rape lots of people while he was a prison guard.”

Carrejo acknowledged in interviews with the FBI and other investigators that he had sex with other inmates, court documents show.

He was never charged for those rapes, but the Attorney General’s Office had noted its intention to introduce evidence about them at trial before Carrejo accepted the plea offer.

Rocha de Gandara said she was not able to verify the other inmates’ claims.

Morgan’s rape allegations against Carrejo made headlines in 2012 when he filed a lawsuit that sought money damages. Morgan, who is gay, claimed that Carrejo repeatedly targeted him with verbal abuse based on his sexuality in the months before Morgan was scheduled for release from prison in 2011.

Later, Carrejo ordered Morgan to his office, where he raped him under threat of physical harm. On two occasions, according to Morgan, Carrejo raped him while he was handcuffed. Morgan also claimed that the prison warden obstructed an FBI investigation of the rapes. An internal Corrections review cleared the warden.

The transcript of the March sentencing hearing provides a window onto how Carrejo’s defense team viewed the prison environment as contributing to the former corrections captain’s actions — and how the prosecution dismissed it as irrelevant.

Dr. Lori Martinez, who had evaluated Carrejo and testified on his behalf as an expert in clinical and forensic psychology, characterized Carrejo as “naive” and “not a savvy criminal.” Martinez went on to say he had a limited worldview because he had worked in corrections since he was 18 years old and had never never received counseling or other support from the agency after witnessing the death of his brother and the stabbing death of an inmate.

Then, Martinez made a sweeping indictment of the Corrections Department. There was a “culture … where sexual deviance — as well as other deviant behavior — was rampant …” she said according to the transcript. Carrejo had “been a victim of that environment where his employer … failed to provide the right kinds of training and support that an employee like him would need in order to prevent this type of behavior from happening.”

Martinez pointed out the agency never reprimanded Carrejo for sexual misconduct. Because “he’s out of the environment that created a culture that — where this behavior was allowed, condoned, supported and sanctioned.” she believed he was not a risk to reoffend, she told the judge according to the transcript.

In response, Mullins, the prosecutor, said: “The expert’s testimony about Mr. Carrejo being a victim of circumstance is so offensive and so out of touch with reality,” according to the transcript. “I think that the victim in this case is Mr. Morgan and the other inmates that Mr. Carrejo had contact with … He was a corrections officer. He wore a badge. That entrusted him, in our society, to take care of these people that he victimized for all these years.”

In an interview with NMID, Rocha de Gandara said Martinez’s testimony and the defense she prepared for Carrejo reflected her experience: His case and others have shown a negative culture within the prison system that exposes guards to violence and sexual assault and leaves them few resources to cope.

“There are a lot of stresses,” Rocha de Gandara said. “It is an extremely difficult job … What is the culture? That is a powerful question. Sexual assault is part of the culture. I read a lot, and I do believe that our prison system does have problems with sexual assault.”

Coyte, the civil attorney for Morgan, said the Corrections Department has tolerated sexual misconduct among guards, including Carrejo, for years.

“Clearly it is no excuse to say that your employer is no good and, thus, you rape people,” Coyte said. “But there have to be some huge changes to the way we train our guards so that rape is not commonplace. If 10 percent of what (Dr. Martinez) says is true, then we have a huge problem in our prison system.”

Marcantel, the state corrections secretary, said in an interview that the culture described by Martinez did not match what he found in the state’s prisons when he took the top job in late 2011 — after Carrejo raped Morgan — and it does not match what’s happening now.

After Coyte filed the lawsuit, Marcantel said he put in place a number of reforms, including anonymous reporting of sexual assault by inmates and protections for them against retaliation. The Corrections Department, he said, is in compliance with the federal Prison Rape Elimination Act.