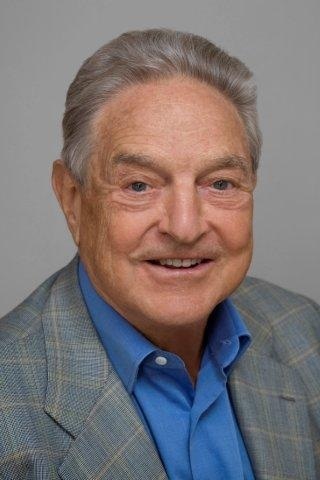 Billionaire George Soros is taking a stake in the Bernalillo County district attorney’s race, backing Raul Torrez with a $107,000 contribution to an independent expenditure committee.

Soros made the donation May 26 to the newly created New Mexico Safety and Justice political action committee.

That group reported spending $92,527 on media production and ad buys supporting Torrez and about $11,500 for polling ahead of Tuesday’s primary between Democrats Torrez and Edmund Perea.

The super PAC has raised and spent more than Perea’s campaign.

Most of the PAC money appears to have been spent on local radio spots, which feature Torrez speaking at rallies about his plans to reform the high-profile, sometimes controversial DA’s office in New Mexico’s most populous county.

Torrez is a former federal and county prosecutor. Perea is a retired Albuquerque Police Department sergeant and an attorney in private practice who has worked as a special prosecutor.

They are competing to face Republican Simon Kubiak in the November election. The winner of that race will replace four-term DA Kari Brandenburg, who announced earlier this year that she would not seek a fifth, four-year term.

Torrez’s vision for the office — dedicating the office’s most seasoned prosecutors to violent crimes while diverting lower-level offenders away from the criminal justice system and into treatment — squares with Soros’ efforts at criminal justice reform around the country.

Reached by telephone Friday, Alan Packman, a spokesman for the Torrez campaign, said he had heard at least one of the ads, but had no comment on it.

Packman said the Torrez campaign is not affiliated with New Mexico Safety and Justice.

“That is an independent organization, and our campaign does not coordinate with it in any way whatsoever,” he said. “We appreciate the support of organizations that support Raul’s vision for the district attorney’s office.”

Perea said in a telephone interview that his campaign is financed by “local, grassroots people who know my commitment to this community over three decades.”

“As a citizen, as a candidate and as a public servant, I find outside, big money like that very, very concerning,” Perea told New Mexico In Depth. “What is the interest of someone who has no connection to our community in selecting the next district attorney for our county?”

He said the presence of outside PAC money in a local race such as the one he’s running has a tendency to cloud the issues for voters.

“We’ve seen external influence in local elections before, and how did that work out for us?” Perea said, adding that there has been no large-scale, independent spending on his campaign. “Big money like this skews the information that goes out to voters.”

Here’s a look at fundraising and spending in the race:

About 38 percent of Torrez’s spending – $119,000 – has been on TV ads; Perea had spent about $11,000 on TV through Thursday, according to New Mexico In Depth reviews of Federal Communications Commission filings and documents from Comcast Spotlight.

And Torrez has Full Arsenal Strategies, run by Packman, former ProgressNow New Mexico chief, on board to the tune of nearly $88,000.

Perea’s campaign consultant and biggest expense at about $15,000 is for Morris Strategies New Mexico, run by former city of Albuquerque spokesman Brian Morris. That firm often does work for Democratic judicial candidates.

Soros is a frequent contributor to Democratic and liberal causes at the national level. This is at least his second direct foray into New Mexico politics. In 2014, Soros donated $5,200 to Maggie Toulouse Oliver’s Secretary of State campaign.

But Soros isn’t new to getting involved in prosecutor elections. Last year, he spent $265,000 via a super PAC in a Louisiana district attorney’s race. He also helped fund a PAC that supported the successful defeat of the current Chicago prosecutor in a primary earlier this year.