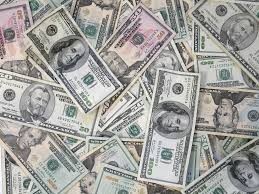 The presidential campaign is coming to New Mexico’s TV viewers, with Republican candidate Donald Trump and Democratic candidate Hillary Clinton both buying ads in the final week of the campaign.

Here’s a list of what they’re buying on which stations based on contracts filed with the Federal Communications Commission. NMID will update the list as more stations file.

One of the Clinton ads features children watching various Trump statements with obscenities bleeped out. Another questions Trump’s ability to lead. (We’ll update when we learn about other ads.)