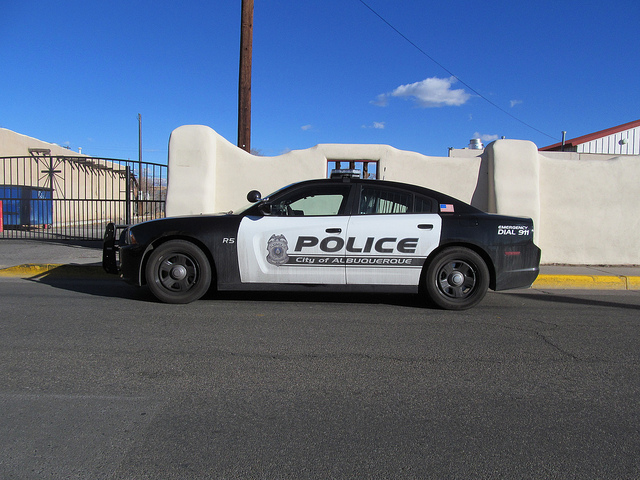 Brandenburg said Monday in a telephone interview she is sending documentation detailing the allegations to the U.S. Attorney’s Office in Albuquerque.

A spokeswoman for the U.S. Attorney’s office would not say Monday whether the agency planned to open an inquiry based on the district attorney’s referral. But spokeswoman Elizabeth Martinez wrote in an email “the Justice Department takes seriously all referrals from state and local prosecutorial authorities.”

Reynaldo Chavez, the police department’s former records supervisor, swore out an affidavit as part of an ongoing civil right rights lawsuit against APD in which he alleged that department employees had altered or deleted videos showing the events surrounding two controversial shootings by officers in 2014.

According to Chavez’s affidavit, which he swore under penalty of perjury, APD employees used Evidence.com, a cloud-based storage system, to alter the videos.

The affidavit was filed in state District court last week.

Questioned inside the federal courthouse in Albuquerque on Friday, Police Chief Gorden Eden said he was not aware of the allegations and refused to answer further questions. City officials, including City Attorney Jessica Hernandez and city Chief Administrative Officer Rob Perry, the top executive under Mayor Richard Berry, have ignored repeated requests for comment from NMID about Chavez’s allegations since last week.

Hernandez did issue a statement to KOB-TV last week, saying “the city questions the motives and disputes the accuracy of the information relayed by Mr. Chavez. The city stands prepared to defend against these allegations that records or evidence have been compromised.”

Officer Fred Duran, a spokesman for APD, told the Albuquerque Journal and KOAT-TV that officers do not have the ability to alter video. But a user manual for Evidence.com shows that anyone with administrator privileges at an agency that uses the system can alter or delete videos in a variety of ways.

Chavez filed a whistleblower lawsuit against the city in January after he was fired last year claiming that he was fired for raising concerns about department higher-ups’ unlawful orders that forced him to deny public records requests in high-profile cases. The city denies those claims, and the case is pending.

Among the allegations in Chavez’s affidavit is that video showing some of the events surrounding then-officer Jeremy Dear’s 2014 fatal shooting of 19-year-old suspected car thief Mary Hawkes was among the footage that had been altered or deleted.

It appears questions have arisen behind the scenes prior to Chavez’s affidavit being made public.

Ed Harness, executive director of the Civilian Police Oversight Agency (CPOA), said in a telephone interview Monday that his investigators stopped their administrative review of the Hawkes shooting “when we became aware of information related to allegations surrounding the Mary Hawkes shooting.”

“I cannot comment on those allegations based on the fact that they may be criminal in nature,” Harness said. He would not say whether his investigators turned over information or materials to law enforcement authorities.

Joanne Fine, a member of the citizen Police Oversight Board, said Chavez’s claims cause her great concern.

“We rely on these videos to make determinations when we are reviewing cases” for potential policy violations by APD officers,” Fine said in a telephone interview. “If the reliability is in question, we need to know. We would like to see the FBI check the videos and report back to us through the U.S. Attorney.”

In his affidavit, Chavez claims several officers at APD have administrator privileges — and that one officer trained numerous others, including department brass, on how to delete and alter videos.

Brandenburg, the district attorney, said that if Chavez’s allegations are true, they could result in charges including evidence tampering and obstruction of justice.

“Depending on how far up it goes, there could be other charges, too,” she said.

There are concerns beyond potential crimes, too, Brandenburg said.

“I’m concerned this could impact criminal cases,” she said, adding that a small percentage of cases handled by her office rely on police video for evidence. “You might be looking at something limited, but it certainly does give rise to questions about the integrity of cases.”

Matthew Coyte, president of the New Mexico Criminal Defense Lawyers Association, said video is used in a growing number of cases. Chavez’s allegations could have implications beyond the specific cases he mentions in his affidavit, Coyte said.

“For one thing, if supervisors and higher ranking people responsible for evidence are ordering people to destroy it, well the whole criminal justice system breaks down when you have this kind of corruption,” he said.

Furthermore, if evidence in a criminal case has been altered without defendants knowing it, Coyte said, the evidence is not admissible in court.

“These allegations are serious enough that the community needs an independent investigation into how evidence is being handled,” he said. “It makes sense that because the Department of Justice is already here, they should do it. The other aspect is that we will fight this one case at a time to see if the evidence we have been given is tainted or not.”

Under questioning by city councilors at Monday night’s council meeting, Chief Eden and Hernandez, the city attorney, said APD began its own investigation of Chavez’s allegations on Monday. The department is examining audit logs of the videos Chavez flagged as altered or deleted that would show who, if anyone, accessed the videos in Evidence.com, they said.

Councilor Pat Davis asked whether an outside entity should conduct that review, so that its findings would be “beyond reproach” and to avoid any conflicts of interest.

Hernandez did not answer directly. But she said the audit logs would provide a clear, unimpeachable view of whether videos were changed, then added that the department would “cooperate” with any outside investigations. She said preliminary feedback from the city’s investigation has turned up no evidence to substantiate Chavez’s claims about altered or deleted videos in police shooting cases.

Davis and Council President Dan Lewis asked whether original video recordings from officers body cameras and other recordings collected by the department could be altered in Evidence.com.

Hernandez and Eden said the originals remain unchanged in the system, but they acknowledged “redacting” copies of videos in some cases before releasing those copies to the public. Redaction is a difficult process, Eden said, and when Davis asked whether it is only used to protect the identities of crime victims and other sensitive information, Eden replied: “That is my understanding.”

Eden said he believed only original copies have been provided to the courts for criminal cases.

He said APD would “fully cooperate with the U.S. Attorney’s Office” in any federal probe of Chavez’s allegations.