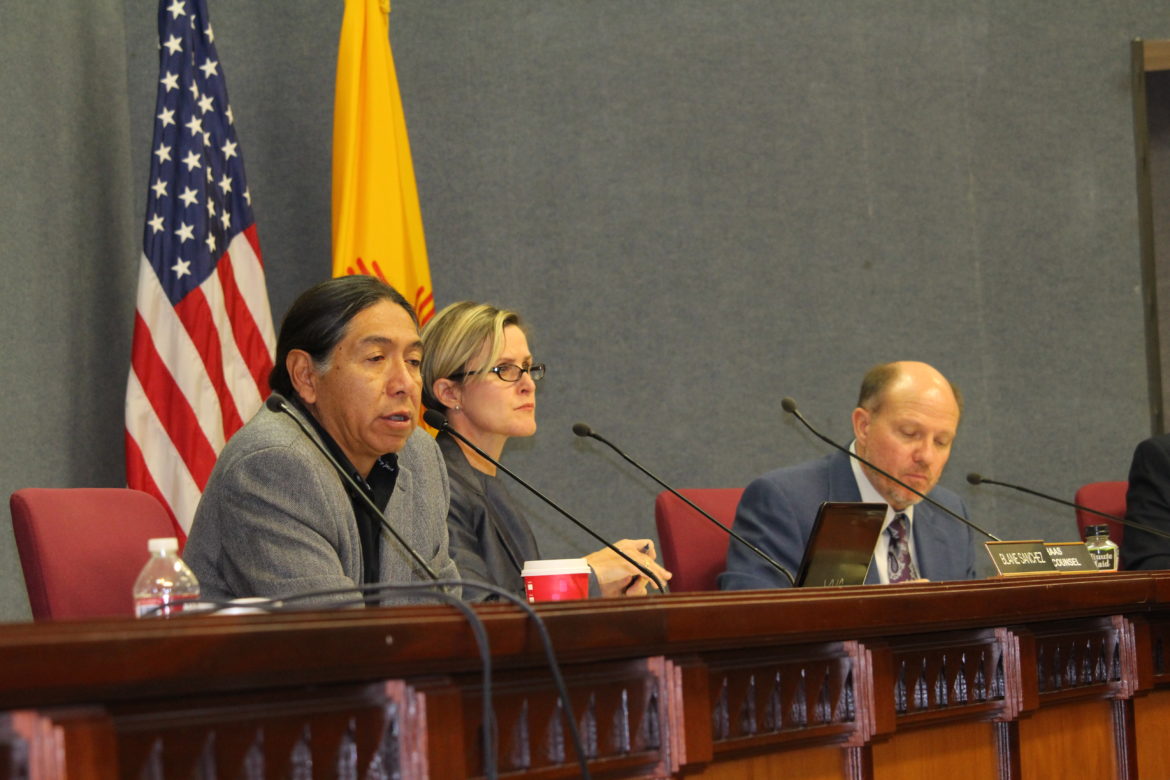 Toward the end of June, the New Mexico Central Arizona Project Entity (CAP Entity) directed its contractors to limit Gila River diversion designs to those costing $80-100 million to build. It seemed like a moment of reckoning: Officials were publicly acknowledging they only had US Bureau of Reclamation funding—and couldn’t afford an earlier, nearly one billion-dollar plan.

The CAP Entity directors were also in a hurry.

After spending nearly 12 years and millions of dollars planning a water project for Hidalgo, Luna, Grant, and Catron counties, New Mexico officials still didn’t know what exactly they were proposing to build. With a mid-July deadline looming, directors had only weeks to provide design and location information to Reclamation.

Contracted  engineers, AECOM and its subcontractor Bohannan Huston, Inc., hustled it up and honed in on options for directors to consider. Then, after having three days to read the 337-page document, directors voted.

Four days after that, on July 15, the NMCAP Entity’s executive director sent Reclamation a letter laying out its plans, which are based on—but not the same as—the designs provided by the contractors.

Their letter included two pages of text plus four maps. They outline the components that should be considered when Reclamation and the Interstate Stream Commission move forward with their joint environmental analysis on what’s called the New Mexico Unit of the Central Arizona Project.

Now, at the end of October, it’s still unclear how much the proposed projects will cost or how the state will make up for the gap between the federal subsidy and the envisioned project’s cost.

When the CAP Entity voted in July, directors chose two components that would be built in phases, in the plan called “Alternative 4.”

Phase one would include a diversion at the upper end of the Cliff-Gila Valley that would feed water underground, where it could be stored and used at a later time.

According to the contractor’s presentation to the NMCAP Entity, this phase is projected to yield up to 1,800 acre feet of water and cost $84 million.

The second phase would divert water from the river into a newly constructed reservoir in Winn Canyon, and yield an additional 3,000 acre feet. Contractors pegged this cost at an additional $282 million, for a total of $366 million for Alternative 4.

In addition, directors included an additional option—”Alternative 1”—to be considered in the environmental review process.  In the letter, it appears as if adopting Alternative 1 is conditional on whether the first, two-phased plan is feasible or adequate.

That project could include a 9,000 acre foot reservoir in Spar Canyon, and conceptual construction costs for that project would be another $336 million.

They ignore water exchange costs with the Central Arizona Project, for example, and lump indirect cost line items with unknowns, Gaume says. They also underestimate annual costs, he says. For example, contractors estimated energy costs based on a one penny per kilowatt hour estimate (Current commercial electricity rates are about 9 cents per kilowatt hour.)

In the report itself, contractors repeatedly present cost estimates as  preliminary and  conceptual, only to be used to compare the different alternatives–not as cost estimates for budgeting purposes.

CAP Entity Executive Director Anthony Gutierrez isn’t deterred. He says that a phased approach means the project can be built out as more money becomes available.

“Each individual component can interact with any additional component or alternative,” he says. “So therefore, that reduces the overall project costs.”

Initial construction will be geared toward delivering water to farmers, he says, and the project can be expanded later for municipal uses.

NMCAP Entity member Allen Campbell lives in Gila Hot Springs, along the river miles upstream from where the diversion would be built. He and his wife run a campground there and do some farming, as well.

Farmers already work hard to figure out how to grow more with less water, he says—a problem that’s only going to worsen: “How much water is available will become a big factor in the future of how productive our farms are,” he says.

To survive, farmers need more water. But unlike cities or industry, they can’t afford to pay big bucks for water. And if they have to resort to pumping groundwater, that will hurt the river, he says.

He says that local farmers downstream of the diversion, like those in the Cliff-Gila Valley, would benefit from the diversion.

They could buy that water to grow a higher dollar crop, or more of what they’re already growing. He also says that their farms benefit the river itself. When farmers flood irrigate their fields, some of that water finds its way back into the groundwater system, which connects to the river.

“So I think a ‘do nothing’ plan is more detrimental to the Gila River in the long run than a well-thought-out diversion system, with an economic base of selling the water we can’t divert,” he says. “That is definitely the most sound, long-term, economical, and environmental solution.”

Campbell also has an idea to close the budget shortfall.

He says the NMCAP Entity could trade some of that water New Mexico now has rights to—that 14,000 acre feet—to downstream users.

“It’s not wet water, but is traded water in the system,” he says, noting that wet water is different from legal water rights.

The NMCAP Entity could sell that water to the highest bidder, he says, and then use that money to operate a diversion that would supply water to the local farmers.

“The cost of trying to gather the water, to convey it through pipes and canals, build dams, pump it – for 14,000 acre feet it is a very, very high cost,” he says. “That’s where everybody jumped on it – ‘the billion dollar boondoggle.’”

It’d be cheaper, easier, and less disruptive, he says, to build a small diversion and storage project for local farmers – and trade the rest of the water for profit.

“It can go to high dollar users, and never be captured here in New Mexico,” he says. “It’s a way we generate money to operate, and then we have the option, with this New Mexico Unit, to harvest some water and market it through the farmers, maybe a town, maybe industries.”

Campbell suggests NMCAPE could sell to or trade with customers downstream in Arizona, but the New Mexico Unit — and the associated federal money — is predicated on serving water needs in four New Mexico counties: Grant, Hidalgo, Luna, and Catron.

And according to the 2004 Arizona Water Settlements Act, and New Mexico’s agreement with the Gila River Indian Community, water from the diversion must be consumed in New Mexico — and can’t be leased or marketed outside the state.

Some of the plans may also have technical problems.

In 2014, for example, the US Bureau of Reclamation released an engineering report evaluating the technical feasibility of the diversion proposals New Mexico initially considered. One of those included an aquifer storage and recovery component like the one the NMCAP Entity voted to approve this summer.

According to the Reclamation report, the agency’s biggest concern has to do with how well aquifer storage would work along that stretch of the Gila.

“The group selected a proposed action without a full understanding of the cost implications of its decision,” Siwik she says, adding that construction, operation, and maintenance costs still exceed the amount of federal funding available.

Within AECOM’s engineering report, the construction costs of each alternative are broken down according to components—things like diversion structures, pipelines, reservoir liners, and pump stations.

Minus overlapping infrastructure—like the shared diversion structure and the extension of ditches—the price tag for everything NMCAP Entity put in its letter totals $681 million.  If one adds on 50 years worth of operations and maintenance costs, that’s another $162 million.  (For perspective’s sake, Elephant Butte Reservoir on the Rio Grande just celebrated its 100th birthday.)

“There were no public discussions of who will bear the costs of the shortfall and how much the irrigators, the project beneficiaries, will have to pay for the water,” says Siwik. “It’s unrealistic to move forward with an $800 million project without any knowledge of how it will be financed and if anyone is willing to pay for it.”