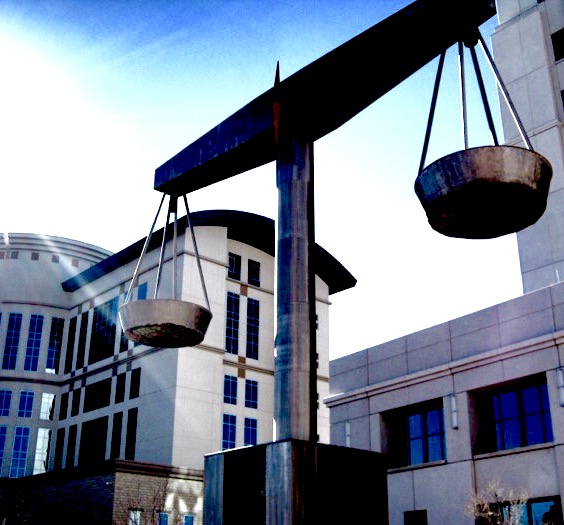 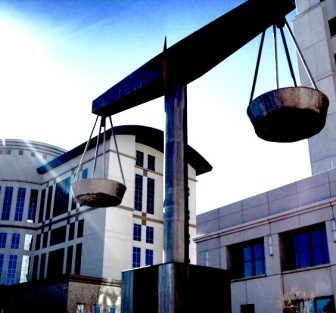 It was August 2004, and a 57-year-old Sandia National Labs retiree lay dead in his Tanoan home. I was a second-year Albuquerque Journal reporter, so focused on the details of the crime, I hardly noticed my 20s disappearing in the red-and-blue glow of police lights.

Two and a half years later as I watched the killer convicted and sentenced to life, I realized that reporting on the justice system here was all I ever wanted to do. Nothing, it seemed, could be more fundamental for an American journalist interested in the disparity between the theory of democracy and the impact on people’s lives when we fail to implement justice, the greatest of its promises. And what is justice? Is it meted out here with the blindness and fairness we should expect? For example, how does the basic presumption of innocence until proof of guilt — enshrined in our most cherished and celebrated codes — play out in practice?

To me, the justice system offers the widest lens through which to examine issues of fairness, class, race and ethnicity, access, state power, transparency and how the U.S. Constitution is applied. And the stakes could not be higher: the safety of the public, people’s livelihoods, freedom vs. imprisonment — even, in many instances, life and death.

I am 41 now. In the 11 years since turning 30 at that crime scene, I’ve written and produced stories about the people and institutions responsible for ensuring that the justice system in New Mexico, my chosen home, is just. I have reported on many failures. And my stories — which have appeared in the pages of the state’s largest newspaper and on the airwaves of its most-watched television station — have focused on the people impacted, directly and indirectly, by those failures.

I have written about how New Mexico’s busiest court functions — and how it doesn’t.

How nepotism, mismanagement and corruption in the highest ranks of Bernalillo County government eroded even the most basic functions of the county’s public safety department, including provision of addiction services and ensuring one of the largest county jails in the nation was run in a safe and constitutional manner.

The loaded proceedings prosecutors used for decades to exonerate every police officer who shot a citizen.

And a years-in-the-making meltdown of New Mexico’s largest law enforcement agency that led to federal intervention.

In the past few years, I’ve watched the justice system conversation grow in volume and intensity across the country. In the wake of events such as the fatal police shooting of Michael Brown in Ferguson, Mo., and the tragic death of Kalief Browder after his release from New York’s infamous Rikers Island jail, systemic unfairness has become more apparent. Sustained national media scrutiny of mass incarceration and sentencing laws has forced the conversation into presidential addresses and even televised debates among candidates for national office.

Now, with New Mexico In Depth and its partner publications, I wish to continue and broaden the discussion here at home.

Many of the issues I’ve written about for years remain unresolved. The Albuquerque Police Department, for example, is a year into its excessive force-driven consent decree with the U.S. Justice Department. How is that going so far?

Police training across the state has undergone an overhaul. The results to date?

The Metropolitan Detention Center, once again under interim leadership, is still at the center of much controversy. What is being done to fix it?

There are higher-level shifts happening here, too. Lawmakers will consider at the upcoming legislative session a change to the state Constitution that would balance the scales of New Mexico’s cash bail system. Last year, state lawmakers changed how law enforcement is allowed to penalize citizens by taking away their property. Public defender departments and district attorney’s offices alike are strapped for resources. So are the courts. Which of these three essential components of the system are getting the largest shares of the shrunken pie? Why? On the other side of the ledger, lawmakers will consider during the upcoming legislative session a raft of “tough-on-crime” proposals that come after the shootings of four on-duty police officers in 2015 and other high-profile tragedies including fatal DWI crashes and the death of a 4-year-old girl in a road rage incident.

With The Justice Project, I plan to explore these and other issues through a variety of different journalistic approaches. I will break news, step back and look at the larger picture, producing long-form narratives and analyses — whatever a given story calls for. My reporting will be published at nmindepth.com and, at times, in conjunction with NMID’s media partners.

Much of the justice coverage in New Mexico follows a basic formula: here is an issue or a thing that happened, and here is what powerful people have to say about it. Occasionally, there is a counterpoint from someone whose political or ideological viewpoint differs from that of the powerful. This is not to say all coverage follows this narrative, or that I have not been many times guilty of writing to the formula myself. I have. So The Justice Project will be a stretch for me as well.

If I have to put into words my vision for this project, I would say journalism related to the justice system here can be: more representative of a broader range of diverse voices, more accountability focused, a better watchdog for citizens, more interested in solutions, more curious about how the justice system fits into the massive mosaic of this state’s social structures and problems — and how New Mexico fits into a national context.

As its name suggests, New Mexico In Depth is the ideal place to grow the conversation in whichever directions are necessary.

The conversation with readers will be uneasy. That’s because justice system reporting is by definition a conflict-ridden business. In my view, it is especially so in New Mexico, with its struggles for equality and mixed levels of trust in the system itself. This is a minority-majority state that suffers from generational poverty and questionable access to even the basic promises of justice. This is a state with a flimsy, fraught social safety net. And this is a state that expects too much of rank-and-file law enforcement officers to reconcile these problems with one another, while expecting next to nothing from the political class.

Conversely, New Mexico also seems to be a place that wakes up every day with an entirely unwarranted sense of optimism.

The conversation will require participation. I want to hear from readers, whether they be policymakers, lawyers, police officers, regular contributors to the justice system reform discussion or wholly apolitical citizens who have seen something that isn’t fair and wish to see it fixed. I can be reached by email at cjproctor74@gmail.com or on Twitter: @cjproctor74.

Send me your ideas, concerns and story tips about policing, incarceration, the courts, mental health issues and whatever other justice system related topics you would like to see this project tackle. However difficult, let’s have the conversation.

Editor’s Note: The post has been updated to reflect that Kalief Browder died after his release from Rikers Island jail in New York.

Jeff Proctor is an independent journalist with 14 years of experience covering a wide assortment of topics related to the justice system in New Mexico. He is a two-time winner of the New Mexico Press Association’s Public Service Award, 2012 recipient of the New New Mexico Foundation for Open Government’s First Amendment Freedom Award and other accolades.

6 thoughts on “Introducing The Justice Project”