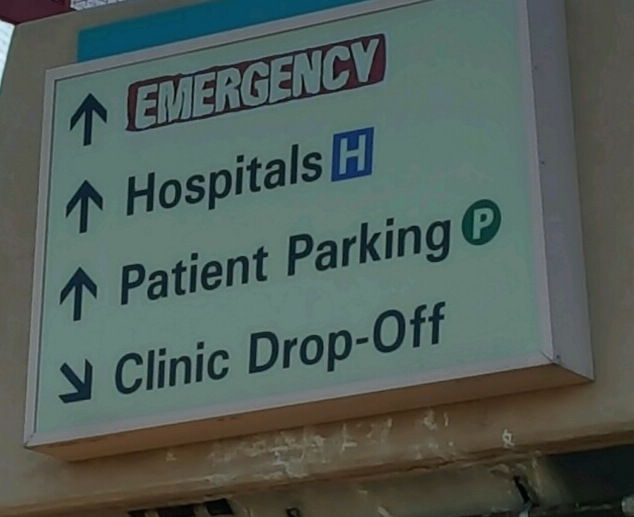 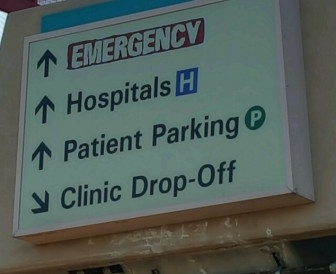 As one of the plan’s architects, Doughty also kept the plan secret — from the public, medical staff at UNM Hospital and at least two of Doughty’s fellow regents in the weeks before a March 14 vote that set the restructuring in stone.

Now, the black hole of information surrounding how the plan came to be is growing murkier.

New Mexico In Depth has learned that Doughty deleted emails he sent and received in the weeks leading up to the last-minute, controversial vote that changed oversight of UNM’s Health Sciences Center, which has an annual budget of $1.9 billion. The change did away with a board composed of community members and regents and replaced it with a panel of three regents, who are political appointees of Gov. Susana Martinez.

The changes also placed Health Sciences Center Chancellor, Dr. Paul Roth, who had full authority of the center’s revenues and budget, under the direction of UNM President Robert Frank.

Doughty’s missing electronic communications were discovered after NMID reviewed hundreds of pages of regents’ e-mails from Feb. 1 through March 14, which the university provided in response to a public records request.

According to the university’s custodian of records, Doughty regularly purges emails from his private account and had no emails to turn over. Like the majority of UNM regents, Doughty does not have a UNM email account.

It is unclear when Doughty deleted the electronic communications – before or after NMID’s public records request — or whether any could have shed light on the controversial proposal and who shaped it. Doughty did not return multiple phone calls or respond to two emails seeking comment.

Doughty’s action disturbs one open government advocate who sees it as troubling behavior. 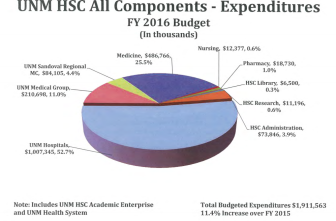 “I’m concerned that a public official is deleting public records, whether they’re on his personal server or on the university’s server,” Susan Boe, executive director of New Mexico Foundation for Open Government, said. “Any regent who uses email to discuss public business is creating a public record. And therefore those public records must be retained under the state’s public records act.”

While Doughty remains silent on the subject, UNM is defending him, saying the regent’s decision to purge emails does not violate the state’s Inspection of Public Records Act because the law does not require a public official to preserve electronic messages for any particular length of time.

Neither does a state administrative code that requires agencies to develop policies for preserving electronic communications apply in this situation, according to UNM spokeswoman Diane Anderson.

That code applies to employees, Anderson said, adding that university regents are appointed by the governor; they are not employed by UNM. 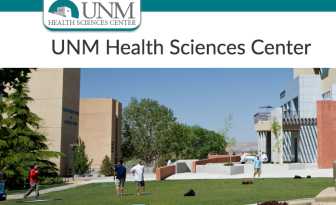 Because of that, “As a general practice, some people delete emails as they go, while others do not,” Anderson said. It is unclear who among UNM’s six regents is deleting e-mails as they go, other than Doughty.

Doughty’s decision to purge emails generates a number of questions about what the state’s public records law requires, how it is enforced when public records are destroyed, and whether the state’s requirements to retain electronic communications even apply to university regents.

Regardless of the law, Doughty’s decision to delete his emails thwarts an opportunity for the public to potentially see what he was doing behind the scenes in the run up to the restructuring, if indeed any emails that were deleted included discussions about the proposal.

Last month’s vote by the Board of Regents came amid rising tensions over the university’s Health Sciences Center, which has emerged as a flashpoint in recent months, especially around the need for a new hospital.

UNM Hospital, the only Level One Trauma Center in the state, is an overcrowded, older facility, some portions of which were built in the 1950s. Hospital staff have complained of too-small operating rooms and patients who wait, sometimes days, for beds.

At a Feb. 5 meeting of the Health Sciences Center Board of Directors one HSC official said the hospital had turned away more than 800 patients in 2015 due to a lack of available beds, a number likely to rise to 900 in 2016 if the current trend continues.

It was at that meeting that former UNM regent Mel Eaves, then a member of the HSC board of directors, publicly accused the Martinez administration of blocking money needed for a new facility.

A month after the March 14 regents’ vote, it remains a mystery how Doughty and regents Jack Fortner and Marron Lee — who all knew about the plan – managed to keep the proposal hidden for weeks, especially from fellow regents Suzanne Quillen and Bradley Hosmer.

It is clear from Quillen’s and Hosmer’s emails, however, that as they learned about the plan in the days before the vote, the two regents wanted more time to digest the proposal. It is common practice for public bodies to post proposals for discussion at one meeting followed up by a later meeting, where a vote is taken.

On March 9, around 5 p.m., Quillen dashed off an email to Fortner demanding to know more details about the plan:

“Jack, I would like to see any modifications/changes prior to Monday’s meeting. It is inappropriate for only a few to be involved in such significant changes to the HSC structure. Please forward any written proposed changes so there is ample opportunity to review.”

On March 10, he wrote “Four sources now have indicated to me that Regents plan to vote Monday on major governance changes for the HSC, a proposal about which I have been given only a short oral hint from any authoritative source.”

Later that same day, Hosmer followed up with another email to his colleagues:

“This proposal appears to reverse a Regents’ decision taken in 2010 after deliberate consideration of the facts and expert outside advice,” Hosmer wrote. “Reversing that decision without careful consideration of the reasons to do so, especially in light of the fact the HSC governance arrangements have helped the HSC to be successful despite great turbulence in the health care world, seems at the least unwise. I believe all Regents are entitled to time to consider the reasons given for the proposed change, examine the evidence, and obtain the advice of appropriate expert advisors. Since that is not possible by next Monday, I ask that you strike this added agenda item.”

Hosmer was referring to the swiftness of the proposal’s emergence from the shadows compared to a two-year process that was used to create the Health Sciences Center governing structure, which regents overturned last month with their 4-2 vote.

Once the intention of the Board of Regents to vote on the changes became public, emails and letters from UNM medical school faculty, HSC students and members of the public flooded in, urging regents to delay the vote.

The requests for a delay were ignored.

Minutes after the March 14 vote, Doughty, who had touted the proposal in the days leading up to the vote as a way to save money, acknowledged to reporters that there was no cost-savings plan worked out prior to the vote.

He also spoke of the proposal as a “concept” that he had “for a few months in my mind” — one that lacked a paper trail.

As for his decision not to talk with Quillen and Hosmer, Doughty said “I felt that would violate the Open Meetings Act. I’m an attorney.”

He is referring to what is known as a rolling quorum, when a majority of a public body discusses an issue or proposal outside an open or public meeting.

Meanwhile, Doughty referred to calls to delay a vote to allow for more discussion  as“fear-mongering,” he told reporters. “This was started by somebody to try to stir the pot to make it seem like it is bigger than it is.”

The Board of Regents had heard enough discussion to have properly vetted the proposed changes, he said.