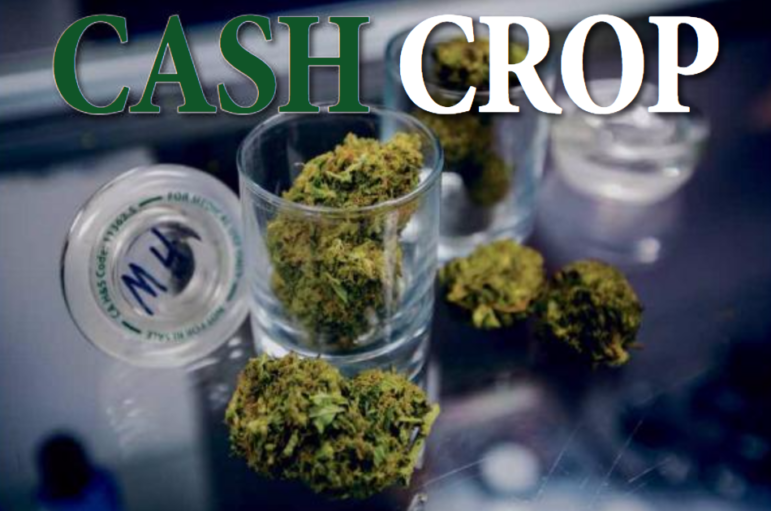 With a budget crisis confronting the New Mexico Legislature, some legislators plan to float a controversial idea gaining momentum across the nation: Legalize the adult use of recreational marijuana, or cannabis.

Adult recreational use is now allowed in eight states plus the District of Columbia, and more than 25 already authorize it for medicinal purposes.

And in 2016, after three years of being bogged down in Senate committees, an effort to legalize recreational use in New Mexico made it to the Senate floor for a vote.

Last year’s Senate Joint Resolution 5, sponsored by Democratic Sen. Gerald Ortiz y Pino of Albuquerque, asked voters to amend the state’s constitution to allow possession and personal use of cannabis by people 21 years or older. It would also have regulated production and sale of cannabis, and allowed collection of a tax on the sale of the drug. And, it would have legalized industrial production of the cannabis plant for hemp products.

“Some people voted against it just on general principle, that it’s a bad thing and we should not be encouraging it,” Ortiz y Pino said.

The arguments in favor are strong, from both an economic and a moral point of view, Ortiz y Pino said. But challenges await this year’s legislation.

Add likely opposition from Gov. Susana Martinez’s administration. Last year the New Mexico Department of Health cited health-related concerns related to marijuana use, among them risk of addiction, deficits in “prospective memory” and frequent cannabis use doubling the risk for schizophrenia and psychotic symptoms.

Argument for economic and tax benefits 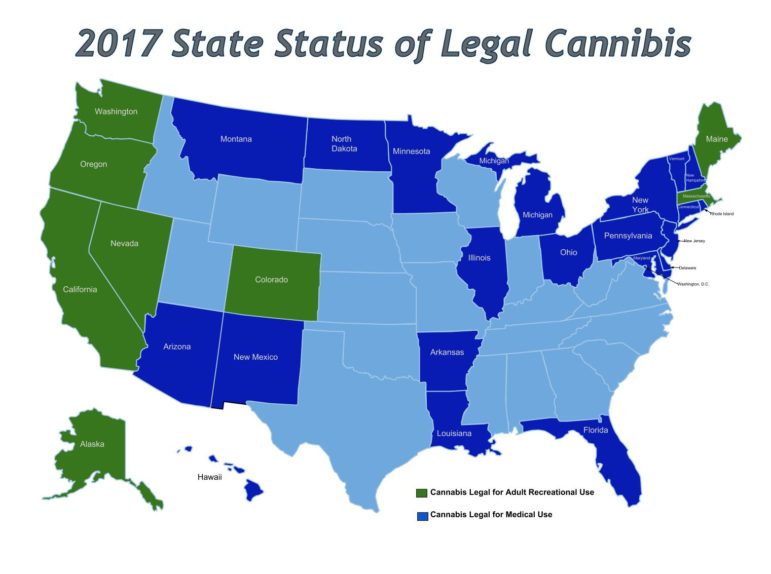 To the north, Colorado is a model for supporters who see legalizing as a way to capture a new revenue source.

In Colorado, tax collections have grown significantly since retail cannabis came on the market. A report by the Tax Foundation, a nonpartisan national think tank, estimated last year that Colorado’s marijuana tax collections will exceed $140 million in calendar year 2016.

Significantly, 44 percent of retail buyers in Colorado are from outside the state, the Tax Foundation noted.

New Mexico may be falling behind the curve when it comes to capturing out-of-state dollars, given that in 2016, two additional western states—Nevada and California—legalized recreational cannabis in November.

“New Mexico won’t see people coming across the border like we see with Colorado,” said Richard Anklam, Executive Director of the New Mexico Tax Research Institute. “The sooner we do it (legalization), the more likely we would have an initial positive effect.”

Regardless of capturing those out-of-state revenues though, from a financial standpoint cannabis legalization in New Mexico would be beneficial, said Anklam.

“The reality is that there is an existing tax base in New Mexico for recreational marijuana, at least anecdotally,” Anklam said, “but because it’s illegal and it’s underground, it’s not being taxed.”

“The vast majority of people who get locked up for marijuana (possession) are Hispanos, Latinos, Chicanos or black, not white kids,” Ortiz y Pino said.

While the data related to incarceration for marijuana crimes is difficult to navigate, Emily Kaltenbach, the alliance’s executive director, said her group has found there are approximately 3,000 marijuana-related arrests per year in New Mexico.

“I think it would be fair to say that you would see it (data) skewing towards younger folks and people of color,” Kaltenbach said, citing maps her organization uses to illustrate where the arrests take place.

New Mexico’s Administrative Office of the Courts predicts that caseloads related to the criminal use of marijuana would dwindle if legal use of the drug becomes law.

“It would limit the prosecution of the possession of marijuana to people under the age of twenty-one, and only amounts over any limits provided in the implementation of legislation, by people twenty one years of age or older,” the AOC stated in an analysis of the 2016 cannabis legalization initiative.

The agency also speculated that the rate of return to jail or prison for certain populations in New Mexico might be reduced if more resources were given to the state’s substance abuse and mental health providers from the revenue generated from the taxation of marijuana and hemp.

“Marijuana is not a benign substance,” the DOH stated. “A number of negative consequences of marijuana use are known despite the Federal restrictions on marijuana that have limited research into the effects (either positive or negative).”

“Let’s look at what is legal . . . alcohol and cigarettes,” she said. “These are very damaging things (substances) to our bodies and we don’t think about outlawing them because we know that prohibition doesn’t work.”

And while acknowledging that addiction does occur, Gelay questioned why cannabis is illegal while other drugs are not.

“For the most part, people do not get addicted, and rates for addiction for things like caffeine, sugar and tobacco are much higher,” Gelay said. “We need to look at it in a holistic context of how addicting other (substances) are.”

When it comes to young people accessing the drug, Kaltenbach argued legalization may actually make it harder for them to access cannabis.

“If you ask a lot of young people, most likely they’ll say it’s easier to get marijuana than it is alcohol, it’s easy to get it in the underground market,” Kaltenbach said. “When you bring that market above ground, you actually protect our young people in a much better way.”

One thought on “State will weigh cost, benefits of recreational cannabis legalization”