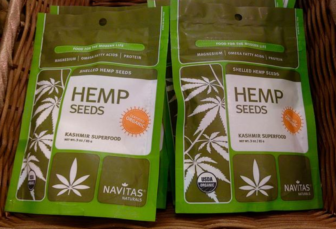 A prime opportunity for developing New Mexico’s struggling economy may be the cultivation of hemp, the plant and leaf matter of one type of cannabis plant, a bipartisan set of legislators say. Several efforts underway at the state Legislature would license growers and establish a research and development fund for studying industrial uses of hemp.

Senate Bill 6 would require the New Mexico Department of Agriculture to issue licenses to grow hemp for commercial or research and development purposes, subject to rules established by the department. It establishes a research and development fund at New Mexico State University and removes cannabis plants cultivated for industrial hemp from the definition of “marijuana” in the Controlled Substances Act.

Sponsored by Sen. Cisco McSorley, D-Albuquerque, SB 6 passed the Senate earlier this week and will now be considered by the House.

McSorley said that SB 6 lays groundwork for job growth in New Mexico in many sectors, primarily in agriculture. He pointed to Kentucky as an example of how other states are creating similar hemp programs.

“The state of Kentucky thinks that with their 4,000 acres they hope to have in production in the next year, they’ll create 17,000 new jobs,” McSorley said.

House Bill 154 is almost identical, except that it does not include licensing for commercial purposes. Instead, it provides for a research and development program at NMSU to study the uses of hemp. The sponsor of HB 154, Rep. Rick Little, R-Chaparral, said he wants to see New Mexico act early in order to reap the economic benefits of hemp.

“I’m bipartisan for the good of the state of New Mexico,” Little said. “That’s the goal, economic development, we need the jobs here.”

Both SB 6 and HB 154 call for the program administered by NMSU to be funded through licensing and other fees collected by the Department of Agriculture, and potentially through donations, grants and investment income.

McSorley said there are corporations that would donate to the fund to further hemp research.

“There are corporations that want to create specialized strains of hemp to use them for their specific purposes,” he told New Mexico In Depth. “And those corporations will donate into the fund to help create money for their research purposes and they’ll give grants.”

No high from hemp

Although both are part of the same cannabis plant family, marijuana and hemp are distinguishable by their biochemical compositions, according to David P. West, who holds a doctorate in plant breeding.

In a report submitted to the North American Industrial Hemp council, West used an analogy of sweet corn versus field corn to describe the difference. While both are members of the corn family, they have very different tastes and uses. One is used for animal feed while the other is a staple of dinner tables.

Similarly, hemp and marijuana are both part of the cannabis family, but have different compositions and uses.

West describes how the drug known as marijuana contains high levels tetrahydrocannabinol, or THC, which causes the psychoactive high users experience and is located in the budding flower of the plant.

On the other hand, hemp, the raw-organic stem and leaf material derived from another type of the cannabis plant contains a structurally different biochemical, cannabidiol, or  CBD, which does not provide a psychoactive high.

“Hemp, it turns out, is not only not marijuana; it could be called ‘antimarijuana,’ ” West wrote in the report.

McSorley pointed to changes at the federal level in 2014 that enable cultivation of industrial hemp.

Hemp is used to manufacture a wide range of fiber, cosmetic and food products.

The Kentucky Department of Agriculture reported a global market for hemp with an estimated 25,000 products, the majority of which are imported to the U.S. from Russia, China, South Korea and Canada.

McSorley said farmers are losing out the most when domestic retailers import hemp products to sell in the U.S.

“That is the total absurdity of the law as it stands now,” McSorley said. “You can use hemp for all of these different purposes, you just can’t grow it in the United States.”

McSorley managed to shepherd a similar bill through the state Legislature in 2015, but it was vetoed by Gov. Susana Martinez.

One thought on “Legislators seek economic boost through hemp”