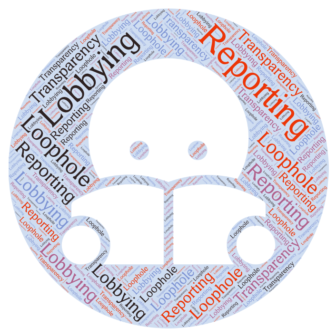 The sponsor of legislation that would require lobbyists to disclose more about what they spend each year on state lawmakers and other public officials said he was considering changing the bill after a fifth state lawmaker publicly stated his opposition Friday morning.

“Clearly there is heartburn with some of the progressive ideas that I’ve proposed” in SB 168, Sen. Jeff Steinborn, D-Las Cruces, said.

On Wednesday Candelaria had voted against a motion to not pass SB 168 out of the Senate Rules Committee, joining three other Democrats against four Republican Senators who wanted to table the legislation.

The bill’s main goal is to fix a transparency loophole the Legislature created last year that allows lobbyists to disclose much less about how they spend money on public officials. Prior to the 2016 legislation that created the loophole, lobbyists had to disclose all of their expenditures on lawmakers.

On Friday morning Candelaria informed his fellow state lawmakers on the Rules committee that he was changing his vote and wanted to table the legislation. That means four Republicans and one Democrat now support keeping the lobbying reporting bill in the committee.

Candelaria said he had encouraged his Democratic colleague to work with other lawmakers to reach a compromise.

“I have no opposition to his intent or some of the issues he’s trying to point out,” Candelaria said of Steinborn. “I just think as written the bill’s reporting requirement would be nearly impossible to fully comply with. I’ve encouraged him to work with folks to try to come up with a committee substitute.”

Steinborn disagreed with Candelaria’s assessment saying lobbyists would comply even though the Legislature was asking them to “handle their business in a new way.”

But he didn’t want opposition to some provisions to undercut the section that would close last year’s loophole, Steinborn said.

The bill would require each lobbyist to report the total amount of money he or she spends on each person during a year, including public officials and state lawmakers. It also would require lobbyists and lobbyists’ employers to report every year the total value of gifts “given to each state officer, state employee or candidate for state office by the lobbyist or lobbyist’s employer in the previous calendar year.”

Candelaria said his concern with the bill as it is now is that the Legislature “can put things in law that are so onerous and so well-intentioned that don’t actually produce the kind of data and or produce the kind of compliance that we want to see.”

Making sure that New Mexico lawmakers know this information, that New Mexico would not be the first in the nation to mandate such requirements, is Steinborn’s responsibility to pass on to his colleagues, Candelaria said.

“That’s on the sponsor to come up with a better way forward,” Candelaria said. “If Sen. Steinborn is interested in moving forward he should present these options to the committee.”