Teaming up with Reveal from the Center for Investigative Reporting last fall, New Mexico In Depth told the story of one man’s journey through New Mexico’s bail system. 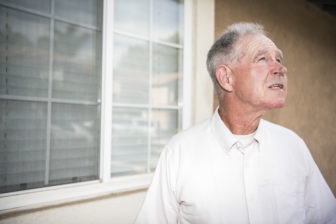 Tom Chudzinski, 62, spent 34 days in jail in Albuquerque because he couldn’t get $50 to post bond following an arrest on a drunken driving charge. His case was dismissed for lack of evidence, but he still lost his motorhome, a lifetime of belongings and clothes.

Judges lauded the deep reporting that went into the project and praised the outlets for the multimedia approach they took to telling Chudzinski’s story.

“Graphics, audio stories, well-composed photographs, and a phenomenal story anchor this first-place story about injustices in the New Mexico bail system. This is a top-notch illustration of why we investigate wrongdoing in our communities. Well done.”

Published as New Mexicans were considering how to vote on a constitutional amendment to overhaul the use of commercial bail in the state, Chudzinski’s story exposed the tension between the premise underlying America’s understanding of justice — that people are innocent until proven guilty – with the reality that sometimes happens with commercial bail programs: Those with money may go free no matter how dangerous they are while non-violent, low-income people often sit behind bars waiting for their trials.

You can read the story here and listen to the audio segment here.

The award was announced Friday night at the annual Society of Professional Journalists Top of the Rockies awards ceremony.

We were gratified by acknowledgement of our website, which underwent a significant redesign in 2016.

“A website that is easy to navigate with strong, well-researched and written content. This is a place New Mexico readers can go to learn about many issues affecting the state.”

In addition to our website, we also host a robust transparency portal focused on campaign finance, called The Openness Project. 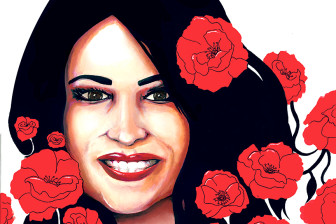 Puff of Smoke by Jeff Proctor. This story was published in collaboration with the Santa Fe Reporter. Proctor revealed for the first time the inner workings of a process that cleared a New Mexico State Police officer and numerous officers before him of criminal wrongdoing in fatal police shootings. 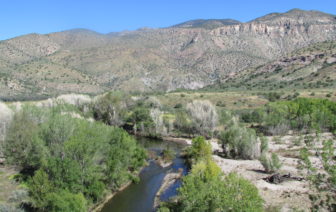 Gila River: An unpredictable river in the best of times. A package of stories by Laura Paskus that explored New Mexico’s controversial plan to divert one of the country’s untouched waterways — the Gila River, whose headwaters pour out of mountains remote and wild.

Affidavit: ABQ police have illegally deleted, altered videos of shootings. A story by Proctor about a former Albuquerque Police Department records supervisor alleging that agency officials have altered and, in some cases, deleted videos that showed several controversial incidents, including at least two police shootings.

NMID is very proud of the work honored in this year’s Top of the Rockies’ contest and the hard work, grit and creativity that our current and former team members have put into producing in-depth, compelling journalism.