New Mexico is known for certain characteristics: great beer, the beautiful environment and a rich culture.

But the results of a small survey of University of New Mexico graduates and upperclassmen by NMID corroborates another characteristic and long-term trend the state’s leaders and policymakers repeatedly lament.

Many of the state’s best-educated youth are departing the state for places with better job opportunities.

A written survey distributed to 29 upperclassmen of 27 different majors, in both the arts and science fields, asked whether the students plan to stay in the state or not. Additionally, NMID conducted 10 one-on-one personal interviews with upperclassmen, gaining qualitative insight into their future prospects.

Of the 39 recent UNM grads and upperclassmen NMID surveyed nearly two-thirds, or 27, said they plan to leave the Land of Enchantment for better job markets.

The survey’s results are a reminder to the state’s leaders as they agreed to restore funding for the state’s higher ed institutions during the recently ended special legislative session that New Mexico’s challenges are greater than balancing dollars and cents.

Lack of opportunity was a recurring theme from respondents, a finding that reflected an observation by a state legislative agency as a trend in a 2016 Economic Summary.

“New Mexicans, especially those who are younger and better educated, are leaving the state for better-paying and more available jobs — and an equally attractive quality of life that includes natural beauty and outdoor recreation — in surrounding states,” the summary stated. 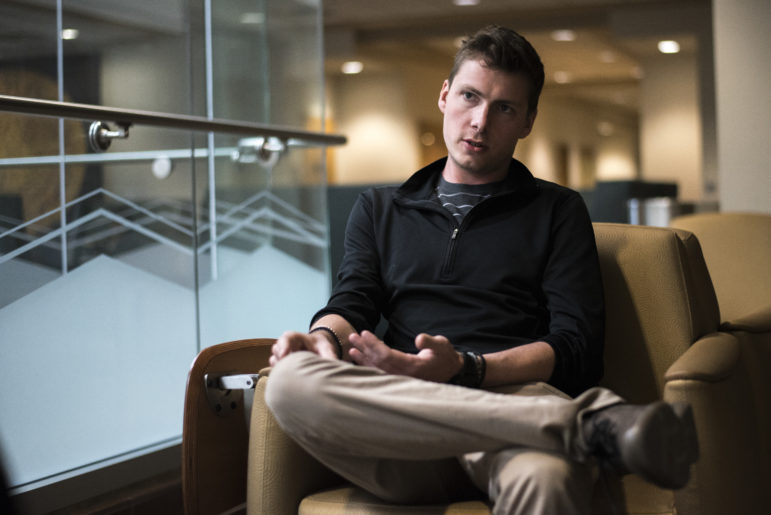 Kaleb Davis is one example.

Davis graduated from UNM this May with a Bachelor’s degree in geography and environmental studies. But he plans to move to Denver, he said. As a New Mexico native he appreciates how beautiful the state is and how nice and genuine its people can be.

But “… there are a few (jobs) in New Mexico, mostly government: BLM (Bureau of Land Management), Forest Service, BIA (Bureau of Indian Affairs), lots of federal stuff,” Davis said. “Denver on the other hand, is a hot spot for environmental research and environmental ideas and, they have a more conducive economy for the private sector”

A report from the U.S. Department of Labor earlier this month showed Colorado with the lowest unemployment rate in the nation, at 2.3 percent, compared to New Mexico, which topped the nation in unemployment, at 6.7 percent.

The post-graduation period is the window of opportunity for most recent grads to leave New Mexico, Davis said.

“I think a common fear is that they will get stuck in a complacent job that traps them here forever,” Davis said, “Which is why most of my classmates aim to leave New Mexico.”

There are eight respondents within the sample survey who are choosing to leave the state for reasons other than job opportunities. Six of those eight respondents expressed that they are leaving New Mexico to attend graduate school.

“I would like to attend graduate school in another state, but would love to plan to come back to NM,” Kaski Suzuki wrote in a survey response.

Although the majority of graduates surveyed by NMID had plans to leave, about one third of UNM graduates said they planned to stay.

Lauren Baca of Bernalillo and a graduate of UNM’s chemical engineering program, is an example of how tech, science and engineering opportunities are abundant in New Mexico. Baca spent four years interning at Sandia Labs, leading her to decide  to work in Albuquerque doing contracted safety protocol enforcement for the labs.

“Since I had over four years’ experience at the labs as a year round intern, my company thought I would be a good fit for the job,” Baca told NMID. 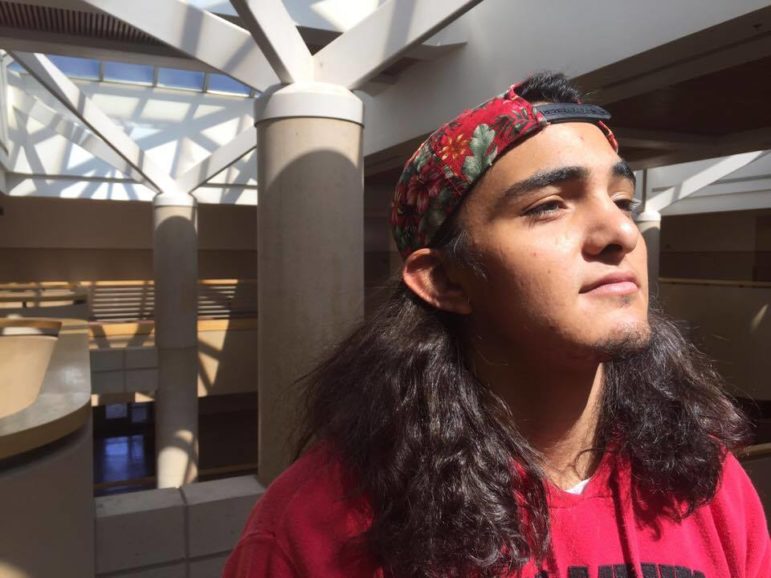 Damien Padilla of Belen plans to stay in the state, too. A graduate who majored in political science with a minor in business management, he plans to attend UNM’s law school to help those communities that are disenfranchised or underrepresented, specifically the indigenous community.

He knows New Mexico’s public education system is one of the poorest in the nation and by staying he hopes to do his part to help reverse that trend.

“Being a quarter native American has kind of formulated my own understanding of how our community functions,” Padilla said. “For me, I feel like I have to engage myself with not only the native peoples of New Mexico but the entire New Mexican community as a starting point to make a difference in a larger capacity.”

Padilla said a big issue that makes him want to stay in New Mexico is to help New Mexico’s indigenous communities.

“I ultimately want to do social work or non-profit work to help support people who do not have access to the basic life necessities like food and education,” Padilla said.

Despite popular rhetoric, it’s not all gloom and doom in New Mexico. There are efforts to cultivate a better environment for innovation and job growth.

Innovate ABQ is a non-profit private/public partnership between the City of Albuquerque and the University of New Mexico. The goal is to create an “innovation district” where entrepreneurial business and research can thrive.

Project manager, Daniel Dietz, said that the reason cities like San Francisco and Austin are booming with economic growth and opportunity has more to do with the idea of cultivating a community and space where institutions can work together, creating networks that feed off of each other.

“Even in a mid-sized city, if you bring enough players to the table, you break down enough silos and get people working together, you can create jobs, in the amount relative to the size of your city,” Dietz told NMID, “But it takes that place to do it. And that’s what innovate ABQ is, it’s the catalyst to where we can do job creation in New Mexico.”

Dietz offered an optimistic view of New Mexico’s future despite the increase in people moving out of the state and the high rate of unemployment feeding a floundering New Mexico economy. Statistics are always behind when considering the success of a venture like Innovate ABQ, he said.

“I think the ecosystem here is booming and we are going to see some major exits and major expansions for some of these startup companies in the next twelve months,” Dietz said. “It’s hard to tell that from a statistical analysis standpoint because nobody’s tracking it, there’s no way to track it.”

6 thoughts on “UNM grads are leaving the state”