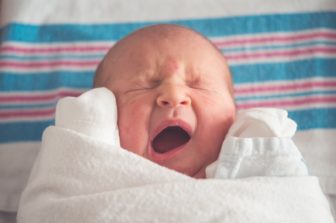 Health insurance for up to 11,300 New Mexico children in uncertain after Congress allowed the Children’s Health Insurance Program to lapse on Sept. 30.

The Affordable Care Act and its Medicaid expansion will live on following the death Sept. 27 of congressional Republicans’ last-ditch effort to repeal and replace Obamacare, but uncertainty remains for thousands of families in New Mexico whose children are covered through the Children’s Health Insurance Program. Congress allowed funding for the program to expire over the weekend.

CHIP, which began under the Clinton administration, covers children from lower- and middle-income families who make too much to qualify for Medicaid but not enough to buy private insurance. CHIP covers 9 million kids in the U.S.

According to estimates from the state Human Services Department, more than 11,300 children in New Mexico are covered under CHIP, and if Congress does not appropriate money for the program the state would have to come up with $31.2 million to keep the program going, said Abuko Estrada, a staff attorney for the New Mexico Center on Law and Poverty who works on health access issues. HSD did not respond to several requests for comment.

The state has enough CHIP funding to last through April, Estrada said, but with the legislative session coming up in January, money for the program will have to be baked into the budget process.

“There will be an effort to try and fund as best we can,” said Sen. John Arthur Smith, D-Deming, chairman of the Senate Finance Committee. But, he said, “We’re still not out from under the gun on our revenue side.”

Smith believes there will be wide support to find money if Congress doesn’t act to renew the program. “Children’s health insurance is obviously a high priority, I would think, in the Legislature, and I think it would gain a lot of bipartisan support.”

Chances for a quick resolution in Washington, D.C., are not assured. A Senate committee on Wednesday approved a $100 billion, five-year extension for the program, but there was conflict over how to pay for the program in the House Energy and Commerce Committee. Its bill would take money from Medicare and the ACA to pay for CHIP, according to a report in the New York TImes.

“It would be nice to see some action from Congress before we go into our legislative session because that would certainly take some of the pressure off in terms of the Medicaid budget,” said Estrada of the New Mexico Center on Law and Poverty. He said money for CHIP could force cuts to other health care programs, or public services such as education and public safety.

The Center was among 35 New Mexico organizations that sent a letter to the chairman of the U.S. House Energy and Commerce Committee urging it to “provide a five-year extension of funding at the current enhanced match.”