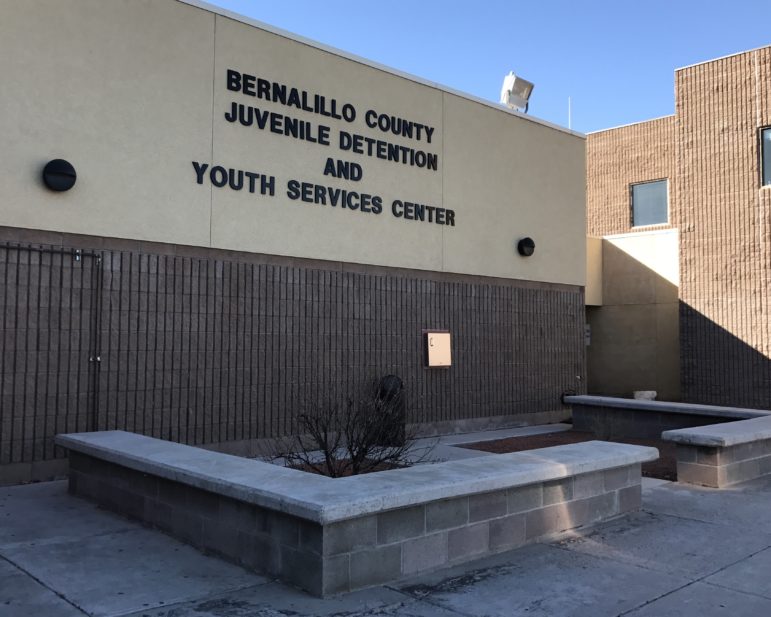 Why do they run away?

That was the question Bernalillo County’s juvenile justice program staff wanted answered after they noticed a trend. In Albuquerque’s South Valley, youth were leaving home while under house arrest, prompting a warrant and jail time.

“We decided to start our work there, at that one point in the system,” said Gerri Bachicha, juvenile detention alternatives administrator for Bernalillo County.

They took the question to the kids themselves. The answer has been critical to addressing racial and ethnic disparities in the juvenile justice system. It also helps authorities refine alternative programs to avoid increasing the load on families already stressed and align with community organizations that may be able to help.

In 2000, Bernalillo County launched the Juvenile Detention Alternatives Initiative, a program crafted by the Annie E. Casey Foundation to reduce jail time for young offenders. The Foundation began planning the program in 1992, when youth incarceration was at a peak nationwide. The program draws on research that shows kids who spend time in prison are more likely to fail classes or drop out of high school, face mental health issues, and struggle to secure a job. Studies from states around the nation also found that about 75 percent of jailed young people are rearrested within three years, according to the Foundation’s literature review. In some states, more than 80 percent were rearrested as adults.

Bernalillo County was among four early sites that now serve as learning laboratories and models for the program, which has spread to 300 sites. It features alternatives to youth prisons such as home detention, electronic monitoring and reporting centers. Prioritizing these options and reducing the use of jail as a punishment for probation violations has made a difference. These sites often see average daily populations at detention facilities nearly halved, according to a report by the Annie E. Casey Foundation in 2014. That’s been the case in Bernalillo County.

The program standardizes some decisions to reduce moments when personal biases or judgments might swing a kid toward or away from detention. For example, every first-time shoplifter is assessed as just that, a first-time offender, without considering more personal details than gender or a family background that might include a history of incarcerated parents. Support services and treatment are the default approach.

A lot of those kids they never see again, Bachicha said, and nationally, diversion programs report 80 percent of kids never return to the system. Bookings have also dropped in Bernalillo. Using these alternative programs cuts costs from $326 to $33 per inmate daily.

As part of the goal of keeping kids out of jail, which probation violations prompt a warrant has likewise been revised. Now, warrants are issued only for criminal behavior, like repeat drug use or theft, and not for minor offenses like skipping school or violating curfew. This system puts more responsibility on the parents, as probation officers ask, “What can we do to support you?”

The program aims to address racial and ethnic disparities in juvenile sentencing and incarceration. But 17 years in, Bernalillo County is still admitting Hispanic youth at about double the rate of white youth, and black youth at nearly three times the rate, according to data from the county. Their 2016 annual report shows 86 percent of 11- to 17-year-olds booked and held are youth of color.

“What we find is mostly that the strategies that we implement do help youth of color, but not at the rate that it helps white youth,” Bachicha said. “So what we’re getting is a bigger gap of racial disparity.”

Existing gaps in employment, medical care, mental health services, access to affordable housing and affordable childcare mean families in the South Valley already operate in situations where choices may be limited. For example, sometimes the only option parents have for childcare is to pull their older children from school. Rerouting from detention facilities to house arrest lets kids stay with their families, stay in school, and otherwise continue moving their lives forward—but also burdens the family with managing their probation and parenting through particularly volatile times.

“Those families that are stressed, that don’t want the kid back in the moment, we’re not helping them,” Bachicha said. Asked why they run, she said the young people told her, “You put us on house arrest, you tell us to stay home with our families and our families blow. … We need to be able to get out of that situation, and you won’t let us.”

They needed something like a hall pass that excused them for a little while. So Bernalillo’s juvenile probation program added the “stress pass.” It allows parents, teenagers and juvenile probation officers to settle on an alternative location if there’s a blow up at home. Using it prompts a meeting among the parents, their child, the probation officer and, if necessary, a behavioral health clinician. Just a year since its deployment, it has spared kids jail time when an intoxicated parent or their own drug use meant home just wasn’t the safest place they could be. Between the stress pass and staff trainings, according to Bachicha, probation violations from two targeted zip codes in the South Valley have declined by 40 percent.

The system is getting smarter at helping youth of color both through these more individualized options, Bachicha said, and by striving for more culturally competent treatment programs. That means learning from and trusting in the community organizations already doing that work.

That’s where Albino Garcia came in. Garcia founded La Plazita Institute of Albuquerque, a nonprofit that runs programs for teenagers who find themselves in trouble with the law, often run by adults who’ve already wrangled with it, and for adults short on resources for mental and physical health services. His philosophy, informed by his own five cycles through rehab, the last of which was in one infused with Native American traditions, is “la cultura cura”—the culture cures.

He opened the institute in 2004 after a fight at an area high school. The disturbance left teachers scared, parents angry, and teenagers ready to kill one another—those teenagers were the first through his program.

“I just want to keep kids above ground,” he said.

Garcia has tried to re-train the system as co-chair of the Juvenile Detention Alternatives Initiative. One of his key points is the notion that “the system” that has arrested, physically searched and jailed these young people cannot also be the place where they find treatment and healing.

La Plazita has become one of the programs’ reporting centers, a place kids can go if not in school without violating probation orders. There, teenagers spend their days planting, weeding or harvesting the institute’s garden, developing job skills, screen-printing t-shirts, and recording songs. Previously, the only option was a building adjacent to the detention center.

“It helps us get out of trouble,” a young man enrolled in La Plazita for family therapy said to a group from St. Louis County touring Bernalillo’s program earlier this month. Another who came in for substance abuse treatment added, “It helps me get out of the house.” Without work or school to go to, it provided shape to his days and goals to his future; he’s working now on a GED.

The Juvenile Detention Alternatives Initiative has seen its use rise and fall over the last decade, according to county data, with a smaller percentage of cases diverted to these alternative programs in 2016 than in years previous. County staff attribute that to a higher percentage of juveniles seeing felony arrests, rather than the misdemeanors eligible for these programs.

The county is working on developing crisis intervention teams to provide more in-the-moment mental health services for families. For that, they’re partnering with Centro Sávila, a mental health services center just down the road from La Plazita. Staff trainings and efforts to find and fix other places where disparities are increasing will continue in early 2018. They’re also looking to La Plazita’s model, which starts with assessing what three things—anything—the family needs to stabilize before moving toward substance abuse treatment or other programs.

“I had no idea the community would be training the system,” Bachicha said.

Published in partnership with the CJ Project.