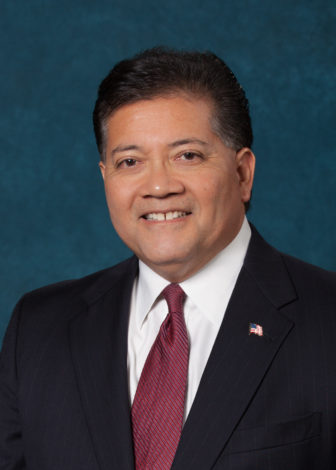 Las Cruces Mayor Ken Miyagishima has been hearing complaints and concerns from businesses throughout the process to increase his city’s minimum wage from the state minimum of $7.50 in 2014 to $10.10 an hour in 2019. There was a particular howl recently from the business community when a provision to index the minimum wage to inflation was scheduled to begin Jan. 1, 2018, something business operators and even the local school district was not prepared for because of an error in the ordinance’s drafting. The city council has since fixed the oversight.

But child-care providers in particular have been bending Miyagishima’s ear because of fear over the effects on their payrolls and on parents who are receiving child-care subsidies.

“Providers and their accountants have been bringing this up,” he said. Miyagishima wants to reach out to state lawmakers and Santa Fe leaders to see if they are seeing any ill effects of minimum wage hikes on the child-care sector.

He needn’t bother, says Maria Griego, a staff attorney with the New Mexico Center on Law and Poverty who works to increase the number of families taking advantage of the child-care assistance program. She crunched the numbers and found even when Las Cruces’ minimum wage rises in 2019, both single parents and minimum wage workers would come out ahead.

“The increase in the minimum wage in Las Cruces will not have a significant impact on eligibility and enrollment,” Griego said via email. “Co-payments will go up some, but families will still have more income from the wage increase than they are paying out in additional child care costs.”

A single mother working a minimum wage job in Las Cruces who goes from $9.20 to $10.10 will pay $17 more per month as a child-care copay, but she will earn $156 more per month, for a net gain of $139, according to Griego’s calculations. Single parents are the overwhelming recipients of childcare help, at 91 percent, according to a report put out by the state Children Youth and Families Department.

Also, according to eligibility guidelines from CYFD, if parents currently receive childcare assistance, they wouldn’t lose aid until they hit 200 percent of the federal poverty level, which is $49,200 for a family of four. Two parents working full-time at minimum wage would earn $42,016 at $10.10 an hour.

“The minimum wage is not the culprit,” she said. “The culprit is that the state does not reimburse childcare providers what it actually costs to care for children.”