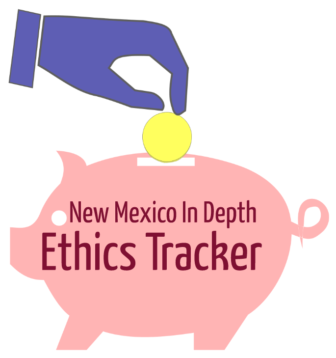 In the interest of reporting on these subjects in a comprehensive way, we’ve decided to share our internal “ethics tracker” publicly.

Ethics and campaign finance are issue areas New Mexico In Depth has reported on for years. This year, two bills that would bring significant change to New Mexico seem to have more traction than in years past:

“More traction” doesn’t mean these initiatives will actually make it through the session, however.

In addition to these two big areas, there are numerous other bills that seek various ethics and campaign finance reforms.

For instance, one fixes a loophole created last year allowing lobbyists to NOT report expenditures under $100. NM In Depth’s Sandra Fish caught the apparent oversight after the bill had made it into law last year.

Another would ensure public disclosure of individual lawmakers capital outlay allocations. NM In Depth discovered the lack of transparency regarding lawmaker allocations in 2015 during our reporting on New Mexico’s infrastructure funding process. Yesterday, Sen. Sander Rue’s bill to make such allocations public passed the Senate Rules committee. And Rep. Matthew McQueen has introduced a similar bill.

The 2017 Ethics Tracker allows the public to track along with NM In Depth all the legislation being debated, and potentially sent to the governor for her signature.

There are no bells or whistles, it’s just a place online that brings together the bills, original reporting, links to analysis, and notes about where the bill is in the legislative process.

And we invite you to send us anything we might have missed. Send your tips and notes to nmindepth@gmail.com.

In addition to following along with via the ethics tracker, find our work in the following places: