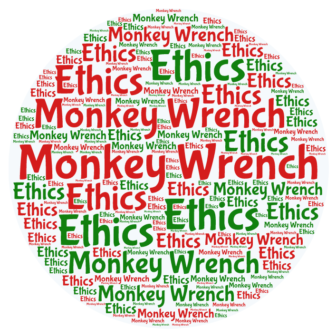 Late last week a proposal to create an independent ethics commission seemed perched nearer than ever to success in the New Mexico Legislature.

The New Mexico House of Representatives had voted unanimously to approve House Joint Resolution 8, sponsored by Republican Rep. Jim Dines of Albuquerque and several Democratic lawmakers. It had received one committee assignment in the state Senate — admittedly the Senate Rules Committee. Chaired by Sen. Linda Lopez of Albuquerque, that committee has gained a reputation as the place where ethics legislation goes to die.

Still, with just one committee hearing standing in front of a full Senate vote, a few longtime observers began to wonder if 2017 might be the year of the independent ethics commission after more than a decade of failed proposals.

If the Senate were to pass HJR 8 unchanged, New Mexicans would be asked to amend the state constitution to create an independent ethics commission during the 2018 general election.

Then late Friday came a late-session surprise, as is wont to happen in the New Mexico Legislature on occasion.

Democratic Sen. Daniel Ivey Soto of Albuquerque employed a little-known legislative tactic to resurrect a competitor to Dines’ proposal, that he had co-sponsored with a Democratic House member.

Unlike Dines’ proposal, Ivey Soto’s legislation would establish in state statute as opposed to the state constitution a similar but less-powerful board than the one envisioned in Dines’ proposal.

Ivey Soto’s proposal had languished after his co-sponsor, Democratic Rep. Damon Ely of Corrales, had abandoned it to support Dines’ proposal a few weeks ago.

But to quote Billy Crystal’s character Miracle Max from the cult hit The Princess Bride, at the New Mexico Legislature “there’s a big difference between mostly dead and all dead. Mostly dead is slightly alive.”

Ivey Soto breathed life into his mostly dead but slightly alive ethics proposal by cutting and pasting the language from its last version worked on in the House into a ‘dummy’ bill. (Senate Bill 505) “Dummy” bills are the equivalent of a legislative blank slate. Usually, they are used for emergencies. But on occasion they are used to resurrect languishing legislation during a legislative session.

Thanks to the legislative maneuver, Ivey did just that. And on Wednesday Dines’ proposal and Ivey Soto’s legislation are scheduled for a hearing before the Senate Rules Committee, which has become known as the graveyard for ethics legislation over the years.

Democratic Sen. Linda Lopez of Albuquerque, the committee’s chairwoman, confirmed Monday it is her plan to hear both proposals on Wednesday.

It was unclear why Ivey Soto resurrected his old proposal with only days left in the 60-day legislative session. Ivey Soto was asked.

“Because we’d like to make sure we get this right,” Ivey Soto said.

“There has been a lot of chatter amongst a lot of people,” he added.

Reminded that Dines’ proposal had won unanimous backing by the House of Representatives and that even his co-sponsor, Ely, had supported Dines’ proposal and abandoned the idea he had just resurrected, Ivey Soto said of Ely, “He’s a freshman. Poor guy. He’s talented. He’s just not as experienced as someone who’s been around a bit longer.”

“I’m happy to say I am a freshman,” said the first-term Democrat from Corrales. “But I think what I did was the right thing to do because ultimately I am about good policy.”

Early in the legislative session Ely said he thought that House Bill 10 offered the Legislature a different legislative option. But it quickly became clear people were confused by the competing proposals and he signed on to Dines’ proposal after winning some concessions.

Ivey Soto and Dines both confirmed they were going to meet later Monday to discuss whether there was any way to reconcile the two pieces of legislation before they hit Senate Rules on Wednesday.

Dines said he was open to the discussion.

But if the Dines proposal is changed by the Senate before passage, it will have to go back to the House floor for approval before the session ends at noon on Saturday.

This is not the first time Ivey Soto has attempted to leave his mark on ethics legislation proposed by Dines.

During the last days of last year’s legislative session, during a Senate Rules Committee hearing Ivey Soto had suggested substantive changes to Dines’ proposal, which like this year’s proposal would have asked voters to amend the state constitution to create an independent ethics commission.

Dines told the Senate Rules Committee he couldn’t support the suggested changes by Ivey Soto and withdrew his bill, effectively killing it.

It is unclear what the last days of the 2017 legislative session holds for ethics commission legislation: Whether it will be a repeat of 2016 or yield an unexpected result.