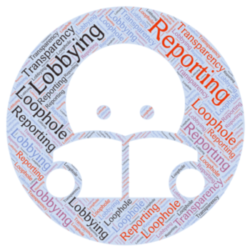 While New Mexico’s colleges and universities are hoping today’s special legislative session restores hundreds of million worth of funding, the Secretary of State’s office is yearning for something more modest.

New Mexico In Depth reported last week on lobbying records that revealed nearly $318,000 in advertising spending in 2016 and 2017 that was undisclosed because the reports exist only in paper form.

The Secretary of State’s online system isn’t set up to receive and post the advertising-only filings online and the agency has requested the software upgrades the past two years. The upgrades would allow filers to submit such reports online, rather than on paper forms.

But for now, data downloads for lobbyists don’t include all the available information.

And it isn’t possible to track recent filings by candidates or political action committees. There’s no listing of such groups until they file their first campaign finance report.

“There’s a disconnect with what our system is able to capture,” said Elections Director Kari Fresquez.  “Needs have exceeded demands of our current system. The public is wanting things sooner and faster.”

According to a bill vetoed by GOP Gov. Susana Martinez earlier this year, the money would have allowed the office to “plan, design and implement a modernized campaign finance disclosure and tracking system statewide.”

“We’d like to get it,” Deputy Secretary of State John Blair said of the additional funding. “The secretary (Maggie Toulouse Oliver) has been speaking with members of legislative leadership.”

The office has a December deadline to make improvements to the Campaign Finance Information System, based on 2016 legislation. But that legislation didn’t provide funding for upgrades.

The Secretary of State told the Legislature in 2016 that the current system “lacks the automation, integration, and transparency features that the candidates, media, and general public expect in a system that should allow for easy disclosure and an ability to follow the money in politics.”

Albuquerque web development company Real Time Solutions designed the current system in 2010, and has maintained the system since.

If the Legislature approves funding for a new system, the Secretary of State would take bids for a new system. The estimate is based on research of similar systems in other states, Fresquez said.

“We have kind of a contingency plan,” she said, “figuring out how we can achieve what we want to achieve in-house. But it’s going to take longer, and it’s going to be a harder road if we don’t get funded.”