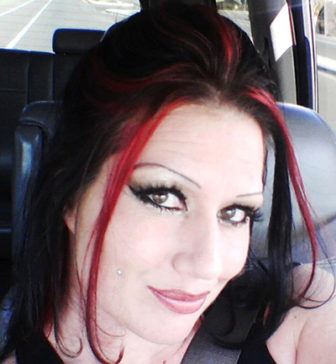 Under an agreement accepted Wednesday by U.S. District Judge William P. “Chip” Johnson, the 39-year-old mother of five received 24 months behind bars instead of the 10 to 13 years prosecutors originally wanted.

Arrested in August 2016 on methamphetamine trafficking and conspiracy charges, Padilla is one of scores of people who were dubbed among Albuquerque’s “worst of the worst” after their arrests in a controversial 2016 undercover sting by the federal bureau of Alcohol Tobacco Firearms and Explosives (ATF).

Padilla’s reduced sentence followed allegations she made in court motions that an ATF informant exploited their romantic relationship to lure her into a crime she would not otherwise have committed.

NMID independently verified many of Padilla’s claims and laid them out in a story co-published with the Santa Fe Reporter on Aug. 23.

Since her arrest on Aug. 10, 2016, Padilla has been incarcerated at the Santa Fe County Adult Detention Center – 17 months Johnson credited as time served, leaving only seven months on her sentence. Rather than assign her to a prison or jail cell, Johnson said from the bench during a sentencing hearing on Wednesday that he would “strongly recommend” the U.S. Bureau of Prisons release Padilla to a halfway house.

If Padilla were sent to a halfway house, it would represent a return to a familiar setting.

It was while Padilla was living in a state-funded, Albuquerque halfway house in 2016 that she met the ATF informant. She had just gotten out of prison for a string of burglaries fueled by her heroin addiction.

According to Padilla and her attorney, she and ATF Informant No. 9097 grew close as the couple had sex at the halfway house and he spent time with her five children. He also re-introduced her to drugs, slipping her an Ecstasy pill one night at the halfway house, ending more than a year of sobriety.

In late July 2016, the informant told her that he had been robbed and his Florida-based drug dealing partners would hurt him if she didn’t arrange a couple of drug deals to help him earn some quick cash, Padilla says.

Padilla grudgingly agreed and called two old acquaintances who allegedly sold meth to ATF agents with the informant acting as a middle-man.

Padilla was not present for either transaction and did not negotiate prices or the amounts of meth — facts Johnson noted in court Wednesday as part of his reasoning for accepting the plea deal, which was hammered out late last year by Padilla’s lawyer, L. Val Whitley, and the U.S. Attorney’s Office.

Johnson acknowledged Wednesday that Padilla’s allegations about the ATF informant’s actions could have led to an acquittal if her case had gone to trial. But, he added, she might also have been convicted and sentenced to a decade or more in prison if a jury didn’t trust her version of events.

“This was truly a compromise plea,” Whitley, her attorney, said in court. “She made some bad decisions, but she was in a compromised position when this happened. She was very vulnerable.”

“I was really trying to get my life back together when this happened,” she continued. “I’ve lost another year and a half … It’s just sad and upsetting. I had no intention to do this.”

After the hearing, U.S. Marshals allowed Padilla, who was shackled, and her daughter to sit across the courtroom railing from one another and chat. The two exchanged a series of emotional grins and laughs.

In addition to the 24-month sentence, Johnson ordered Padilla to serve three years’ probation after her sentence ends and to complete mental health and substance abuse counseling programs.