The work of New Mexico In Depth reporters, editors and Fellows has been recognized with 10 awards from the New Mexico Press Women’s Association, including stories that have explored the real-life consequences for DACA recipients of the Trump administration’s policies and whether young people are leaving the state because of a lack of opportunities. Also garnering awards were articles examining the effect of money in the Albuquerque mayor’s race and a look at the city’s urban Indian population three years after two homeless Native Americans were killed in a vicious attack.

“We’re extraordinarily proud of our showing,” said NMID Executive Director Trip Jennings, citing in particular the honors three of NMID’s Fellows — Xchelzin Peña, Melorie Begay and Robert Salas — won in the contest. All three are the first recipients of NMID’s Fellowships. NMID started the program in 2016 for journalism students and recent graduates of color at the University of New Mexico and New Mexico State University.

Also gratifying was the breadth of issues covered by NMID’s award-winning stories,  Jennings said. A series examining a controversial 2016 federal law enforcement operation in Albuquerque that arrested a disproportionately high numbers of minorities also garnered an award, as did an in-depth analysis of New Mexico’s educational challenges and a review of court cases stemming from Gov. Susana Martinez’s disastrous crackdown on the state’s behavioral health providers in 2013.

“It speaks to how ambitious NMID is that we covered so much ground and so many issues in 2017,” Jennings said.

In case you missed them, we’ve rounded up the award-winning stories here: 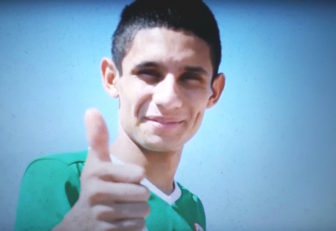 Sylvia Ulloa, “Education in New Mexico,” which included stories on a historic lawsuit against the state over education funding, and a Dona Ana County coalition’s work to create a plan for universal access to early childhood education. Writing, Speciality Articles —Education