How and even whether the Albuquerque Police Department was involved in a 2016 undercover federal drug and gun sting has lingered for more than a year under scrutiny from legal scholars, defense lawyers and New Mexico In Depth.

Now, with a new mayor at City Hall and new leadership at APD, the city is acknowledging the department had a “minimal role” in the sting, which was led by the federal Bureau of Alcohol Tobacco Firearms and Explosives (ATF). That included “cross-commissioned” APD officers who have long worked as part of an ATF task force assisting the federal agency during the operation. 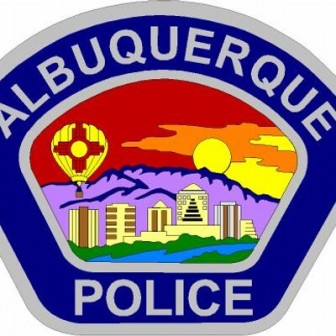 Whatever the size of APD’s role, the department’s involvement appears to have led, in part, to one of the more controversial aspects of the sting operation: the arrest of black people at a rate highly disproportionate to their population in the city.

Many of the black people targeted in the sting came to the ATF’s attention through APD’s involvement, Special Agent Russell Johnson testified during a hearing for two of the defendants in October.

As the operation was beginning to pick up steam in April 2016, APD detective Vic Hernandez handed Johnson a pair of documents purporting to show past and current members of the “Memphis Mob,” a group of people, some with ties to Tennessee, APD had classified as a street gang in the latter part of the last decade, according to Johnson’s testimony.

The agent testified that those lists, along with “intelligence” gathered by ATF agents and informants, ultimately led the agency to target and arrest at least 16 people in the sting. Fourteen were black, and two were Hispanic, Johnson testified.

In court, federal prosecutors displayed a chart with those people’s names and identified them as members or “associates” of the “Memphis Mob.”

APD spokesman Gilbert Gallegos told NMID that Johnson’s team had made a “solicitation about the Memphis Mob’s activities in Albuquerque.”

“APD provided the information,” he continued.

Gallegos did not make detective Hernandez, or anyone in his chain of command at the time of the ATF sting or current department leadership available for interviews for this story.

Defense lawyers and former APD detectives have questioned whether the “Memphis Mob” even exists as a gang, although Gallegos said the department still occasionally comes across members.

He declined to comment on statements made by the previous administration about APD’s involvement in the operation.

Mayor Tim Keller, who took office Dec. 1, was openly critical of the ATF operation on the campaign trail last year, saying it appeared to him that the agency had racially profiled the city in search of people to arrest. He described the tactic as “wrong.”

And according to Gallegos, APD expects a different style of cooperation and collaboration with federal law enforcement agencies under APD Chief Michael Geier.

The new chief “expects the department to more fully engage with law enforcement partners in order to ensure operations are in line with Mayor Keller’s vision for community policing,” Gallegos told NMID. “That should include a proactive approach to prevent racial profiling, while ensuring APD has a role in identifying the most effective strategies to identify the most dangerous criminals.”