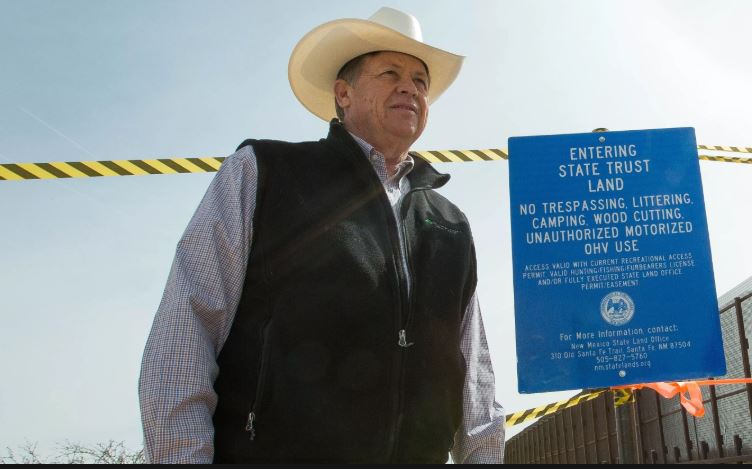 Outgoing State Land Commissioner Aubrey Dunn grew up on an apple farm near Alamogordo and worked for 25 years in banking. He characterizes the land commissioner’s job as one of handling a thousand different things and managing almost 200 people in ways that draw from both his business background and his familiarity with land and conservation issues. He has been accused of rubber-stamping oil and gas drilling on state lands, but he argues his record shows otherwise.

“As land commissioner, you have a constitutional duty to create income from lands and protect it for future generations — it’s a dual purpose,” says Dunn, who accessorizes his suit and tie with ostrich cowboy boots and lapel pins of the U.S. and “Don’t Tread on Me”-emblazoned Gadsden flags. “It’s got to be a balance: conservation and oil and gas.” 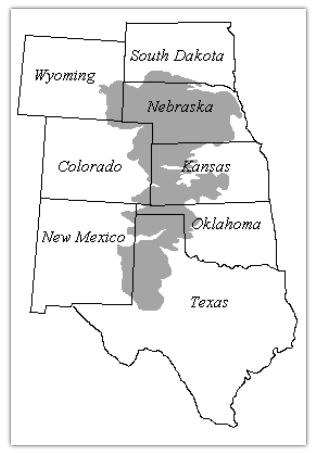 He points to a policy switch around no longer allowing wells into the Ogallala Aquifer for oil and gas operations and his fight for Texas hornshell mussel habitat as examples. In the latter case, he’d approved construction of a pipeline, then visited and found that after boring the pipeline, the company was driving over the top of it. He photographed a white truck wheel-deep in dust a quarter-mile upstream from habitat for the endangered mollusk.

“We shut everything down. … I was pretty upset,” he says. “I felt like we kind of failed because we didn’t realize companies would treat the land this way.”

The companies have since completed erosion control and landscaping to mitigate those impacts.

While the state land commissioner has significant latitude in some ways, in others, it’s limited. Statute requires the commissioner to lease mineral rights on the third Tuesday of every month. Once leased, authority over those acres transfers to the Energy, Minerals and Natural Resources Department’s Oil Conservation Division.

Dunn has bemoaned that system, which allowed the division to permit oil wells in a floodplain. After a week of rain, four feet of water swept through, taking out entire storage tanks of crude oil and produced water. He also laments the absence of reclamation funds, calling the $25,000 bond for oil and gas well reclamation “a joke.” He says he fought for the Legislature to set aside funds for restoration and won that effort in 2017 with the Reclamation and Remediation Fund, which is expected to spend $1.6 million cleaning up illegal dumps, restoring riparian areas and treating forests to reduce wildfire risk.

Dunn, a Republican turned Libertarian, isn’t running for re-election. Of those running to replace him, he says, “To be honest with you, I’m not happy with either candidate.”