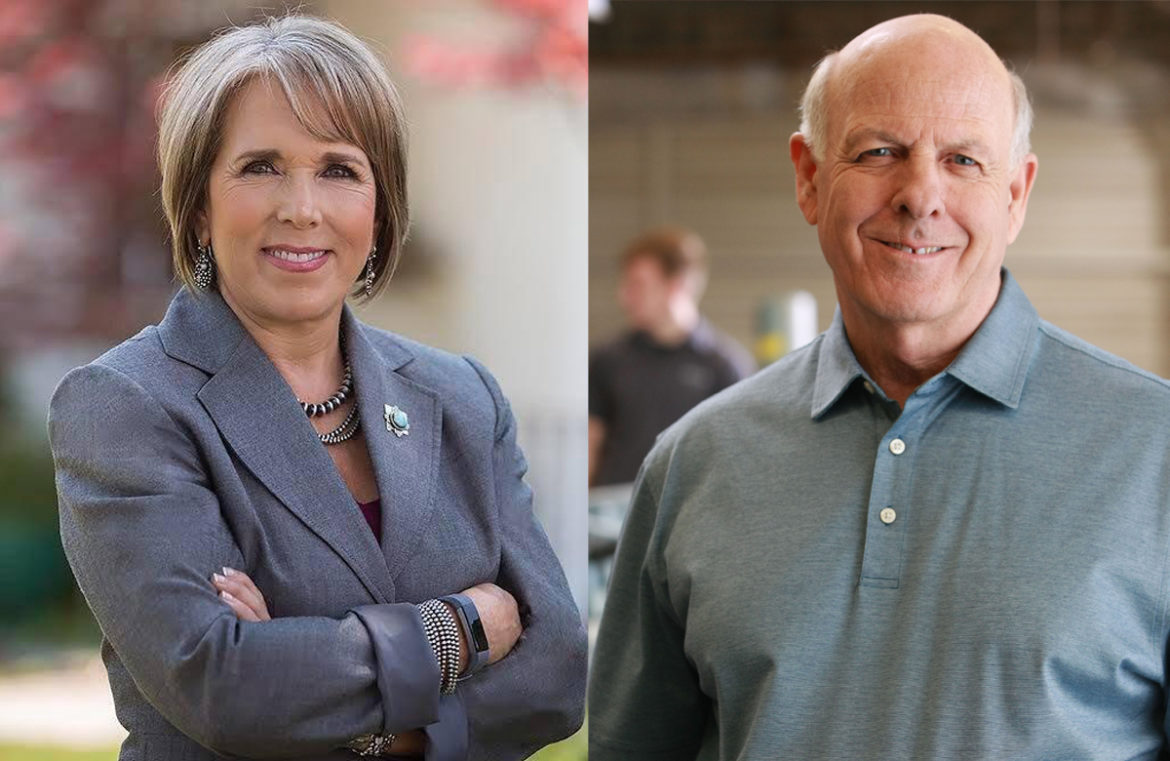 Courtesy of the campaigns

The countdown to Election Day has begun. With less than a week to go, nearly a quarter of New Mexico’s registered voters have already cast ballots. But that still leaves the vast majority of voters with decisions to make.

For voters who place a high importance on education — and a September Albuquerque Journal poll found nearly seven in 10 New Mexicans consider the quality of public school education a “very serious” problem — New Mexico In Depth rounded our previous coverage about Republican Steve Pearce and Democrat Michelle Lujan Grisham’s stances on education, as well as other outlets’ coverage to see if they expanded on or modified their views on the state’s education problems as their campaigns have progressed.

This area in the one where the two candidates have shown the starkest differences.

In an interview with NMID in May, Lujan Grisham said early education would be one of her administration’s hallmarks. She vowed to make universal early childhood education a reality through the public schools and in private child care centers. She is proposing $285 million over five years, with the majority, $175 million, coming from the state’s Land Grant Permanent Fund.

To make up the balance, “we’re going to look at other funding streams from e-cigarettes, taxes, methane mitigation or recapture,” she said. “We’re gonna have to think about other diverse, but robust, funding sources to get you to 80 percent enrollment. My attitude is, you want 100 percent, but administering and getting folks in can be tough. So 80 percent will be our threshold; our goal will always be a hundred percent.”

Pearce has said he would not roll back the current preschool systems already in place, but would not expand them and would instead focus on K-12 education.

“The whole discussion of early childhood blithely looks past the problems and says we’re going to fix everything if we simply have this brand-new program,” Pearce told NMID in May. “I typically don’t approach things that way. Let’s fix what we’ve got first.”

When New Mexico in Depth published a look at two rural school districts in New Mexico’s efforts to expand early education, including a first-of-its-kind model in Jal that combines child care and New Mexico PreK, the Pearce campaign said “there are many experiments across the state and where successes can be copied, that is excellent.”

Those experiments were just the kinds that Lujan Grisham said she would support. “As governor, I’ll work to empower every school district across the state to do this sort of work and support their efforts to create programming that is tailor-made for their communities.”

A district court judge ruled in July that New Mexico’s educational system was failing its poor, Native American, English learner and special education students in violation of the state Constitution in a landmark lawsuit over public school funding brought by the New Mexico Center on Law and Poverty and the Latino civil rights group MALDEF.

Lujan Grisham has gone on the record numerous times now to say she would not appeal the lawsuit and would immediately comply with the findings of Judge Sarah Singleton. Pearce has been keeping his options open while conceding that the state is not spending enough on education.

The two spoke about school spending in a September debate televised on KRQE. Here is their exchange:

That said, both have argued that their education plans would comply with the directives in the ruling.

Pearce’s education platform calls for adding more local control to school districts, directing more money into the classroom and expanding school choice options such as New Mexico’s charter schools and public-private partnerships. He has proposed apprenticeship programs in the schools so that students who don’t plan on going onto college will be workforce ready when they graduate. He would also add more mental health and counseling resources.

“What we need to do most is let teachers teach. Have specialists deal with the problems, whether it’s behavior counseling or truancy problems or law enforcement problems. Don’t just jam your problems into the classroom and blame teachers,” he said.

Lujan Grisham’s plan for K-12 includes finding more steady revenue streams to fund schools and shifting money from administration into the classroom. She’d work to boost the state’s graduation rates through use of current pilot programs that have shown results such as drop out coaches and an early warning system for students at risk of dropping out, as well as expanding technical and career training and the state’s K-3 Plus program that adds 25 days to the school year for many students in Kindergarten through third grade.

New Mexico has been experiencing a teacher shortage for years, but a recently released report from New Mexico State University’s College of Education said vacancies at public schools have jumped to 1,173 in 2018, up from 831 the year before. That includes 740 teaching positions, according to an article in the Santa Fe New Mexican.

Pearce has social issues plaguing the classroom have destroyed teachers’ love of the profession, and believes that eliminating those problems would help address the shortage. He said teacher raises would also help, but that money wasn’t the driving factor in dissatisfaction. Other things he proposes: mentorship and training for new teachers, giving teachers opportunities for direct input on state policies and ensuring they had the classroom resources to do their jobs, and to reformulate the teacher evaluation system.

“If we return the love of teaching by letting teachers do their job, then I think we will do the most important thing to stabilizing the supply of teachers, to stabilize the learning that’s going on in the classroom,” he said.

Lujan Grisham has said that money is a big issue for teacher recruitment and retention. Her education plan includes immediately raising the teacher pay tiers to $40,000, $50,000 and $60,000 and to work on pay for other education workers such as educational assistants, counselors, coaches and bus drivers. She also plans an overhaul of the teacher evaluation system she says punishes teachers at poor performing schools and demoralizes and discourages teachers for entering or staying in the profession.

To fix the pipeline issues, Lujan Grisham is proposing a scholarship and teacher curriculum based on the Mississippi Excellence in Teaching Program that would give full scholarships to top students who want to enter the teaching profession, as well as loan forgiveness programs for beginning teachers.