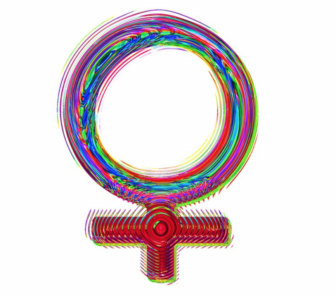 In what was arguably the hottest statewide race, voters also for the first time chose a woman, Stephanie Garcia Richard, to lead the State Land Office.

That wasn’t all. Women appeared poised to take eight of 10 spots on the state’s second-most powerful court where females have never held a majority.

In a year dubbed the Year of the Woman, New Mexico on Tuesday didn’t disappoint.

Down south, Republican Yvette Herrell appeared poised to make history by becoming the first woman to represent the state’s 2nd Congressional District in its 50-year history. As of 6 a.m., she was narrowly leading Democrat Xochitl Torres Small in a tight contest that received national attention.

“I’ll tell you when it started, it was right after the 2016 election — the women’s march,”’ she said Tuesday night. “Women can control any election. They are the majority of the population, the majority of registered voters and the majority of those who show up. If women vote their own interest, and it sounds like they did tonight, they can prevail.”

“I’m the daughter of a longtime female legislator. And we just had Dede Feldman on and Justine Fox Young on,” she said of former New Mexico legislators who appeared with her on NMPBS’s election night coverage. “They were elected many years ago.”

The tradition of women in politics in New Mexico isn’t unique or new in 2018, although it was good, she said, to see that voters sent two women to Congress on Tuesday night.

Few would dispute the historic nature of Tuesday’s election, or its costliness. About $80 million was raised and spent by candidates and outside groups, including all federal, state and local races, with most of that flowing through a handful of high-profile races, by early November. That number will surely grow when campaigns, political action committees and other groups report spending in the final days of the election in early December.

Lujan Grisham, a three-term congresswoman and a cabinet secretary under three governors, will work with a Legislature controlled by fellow Democrats who expanded their authority Tuesday night. Democrats potentially flipped enough GOP seats in the state House of Representatives to have a supermajority when the 2019 legislature convenes.

A casualty of the state’s blue wave appeared to include Republican Rep. Jim Dines of Albuquerque, a champion of a measure on Tuesday’s ballot that would create the state’s first-ever independent ethics commission. The two-term Republican has made transparency and ethics in government priorities during his term, sometimes antagonizing members of both political parties. His re-election appeared in jeopardy. As of 6 a.m., he was losing to his Democratic challenger by fewer than 100 votes, which might trigger an automatic recount. Meanwhile, the constitutional amendment he helped champion cruised to victory Tuesday night following a decade of failed attempts to make the commission a reality.

New day at the top of New Mexico 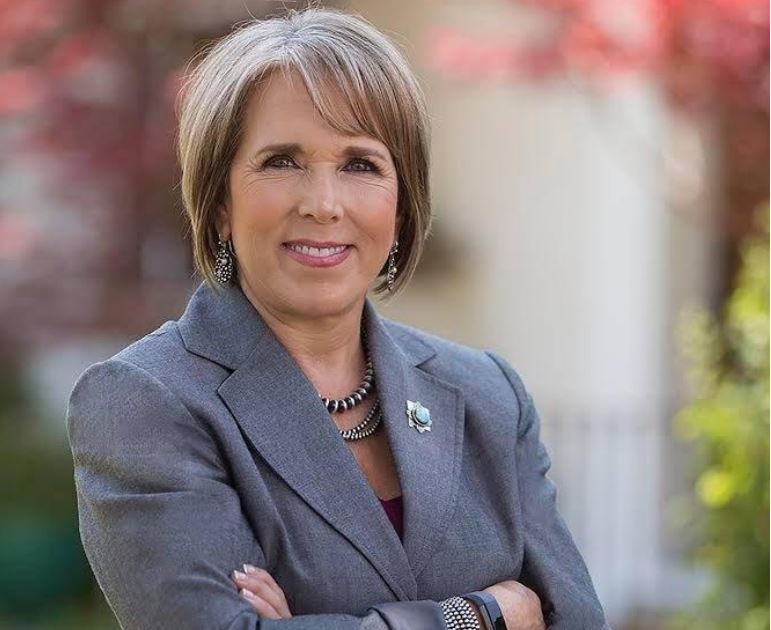 With enthusiasm among Democrats stronger than expected in a non-presidential election year, the “Blue Wave” showed up in New Mexico. Lujan Grisham reported a significant fundraising advantage over Pearce, buoyed by strong small donor support and outside spending that Republicans and their allied groups appeared not to be able to match.

Early on, Pearce acknowledged he was battling a headwind but approached his run for governor with confidence, bolstered by solid support from New Mexico’s oil patch communities in the east and northwest. Even with his transfer of a million dollars from his federal campaign account, he could never catch up with Lujan Grisham in the money game, however.

“The party not in the White House tends to have momentum in the midterms, creating the circumstance where Pearce would have more of an uphill battle,” said New Mexico pollster and political analyst Brian Sanderoff.

Lujan Grisham did everything right, he said. She was a good candidate, raised a lot of money and appealed to a broad swath of the electorate by portraying herself as a centrist.

Noting that turnout was higher this year than four years ago, the last gubernatorial race, Sanderoff said the current occupant of the White House was also a particularly motivating factor.

“Although Donald Trump’s name isn’t on the ballot, many people are voting to make a statement about his presidency, either for or against,” he said.

Lujan Grisham will take over as governor at a time when the state’s economy is brightening from the doldrums of the past decade.

Economic forecasters have predicted a surplus of between a $1.5 billion and $2 billion when state lawmakers meet in Santa Fe early next year for the 2019 legislative session. That’s mostly due to gushing royalty revenue from the southeastern part of the state, where newly discovered oil reserves have sparked a flurry of drilling activity.

Lujan Grisham will greet a Statehouse solidly in the grips of Democrats.

That may portend well for her policy agenda. But history shows there’s more nuance in New Mexico, a state where the divides are often less about party and more about rural versus urban, incumbent versus newcomer, or liberal versus conservative.

Public Lands have a new leader 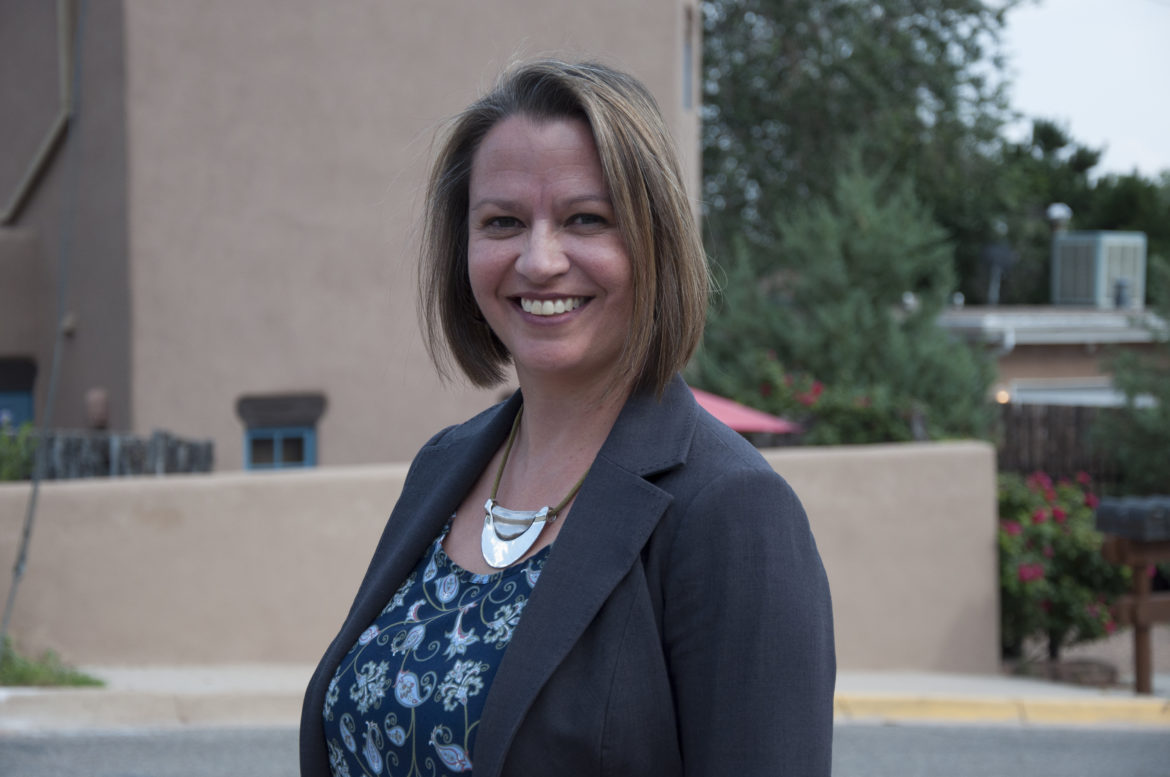 The race for State Land Commissioner was unpredictable to the end, with the last statewide poll going into election day showing just a three percentage point difference between Republican Pat Lyons, a former land commissioner who now sits on the Public Regulation Office, and Democrat Stephanie Garcia Richard, a current State Representative who aimed to be the first woman to ever hold the seat.

Garcia Richard beat Lyons handily. In her new job she’ll manage the state land office, with a constitutionally mandated role of maximizing revenue primarily for education as well as a few other beneficiaries. It’s this office that manages commercial leasing of public land that produces revenue to benefit education and significantly prop up the state general fund. The bulk of that money comes from oil and gas royalties from an industry that overwhelmingly supported Lyons.

That the stakes were high was made clear by major outside spending. Chevron Corporation, as a proxy of sorts for the oil and gas industry, dumped more than $2.5 million into a PAC called New Mexico Strong and heavily supported Lyons.

The next land commissioner will step into the seat at the advent of what some say may be a decade long, or more, oil boom in the Permian Basin.

“It just so happens that these lands are in the middle of the hottest area for oil and gas development in the world,” Robert McIntyre of the New Mexico Oil and Gas Association said. “…When you have an office that is that important in the context of what is happening in the economy, it makes sense that there would be a lot of focus placed on the race.”

But there was plenty of spending on the other side as well, by environmental and social groups like Conservation Voters NM and Working Families New Mexico. At stake for conservation groups is the ability to boost renewable energy initiatives championed by both Lujan Grisham and Garcia Richard.

Eric Griego, Executive Director of NMWF, said his group supported Garcia Richard because she was a progressive state representative making a bid to steward an office that produces a huge amount of funding for schools, hospitals, and other public institutions important to New Mexico families. And she represents the kind of candidate the group wants to support more broadly, as well.

“In every office where we have an opportunity to elect a progressive person who is a woman, particularly a woman of color, who shares our values and represents people who haven’t typically been in those offices, we are interested to do that,” Griego said, noting that Garcia Richard would be the first woman to hold the seat.

New Mexico joined more than 40 other states Tuesday with the approval of an independent state ethics commission.

Supporters easily outpaced opponents and, in doing so, notched a win for an idea that always has come up short in a state with a reputation for corruption.

Coming after more than a dozen public officials have been indicted or prosecuted over the past 15 years and repeated unsuccessful attempts, Tuesday’s approval effectively charges state lawmakers to pass a bill in the coming 60-day legislative session that would fill out the details of the commission’s operation and funds to run it.

A working group composed of lawmakers, attorneys and representatives of civic organizations already is working on draft legislation to submit to state lawmakers. 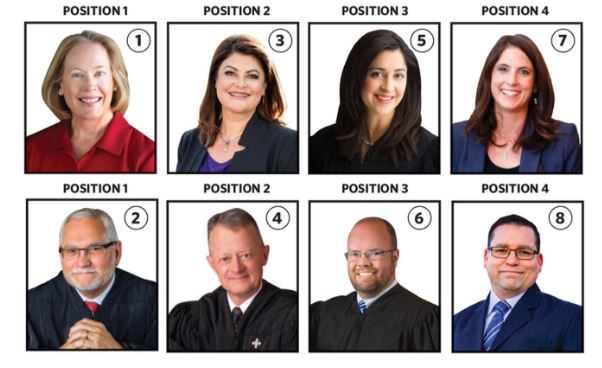 For the first time in state history women will be a majority on the New Mexico Court of Appeals, the state’s second-most powerful court. If vote totals hold, each of the four Democratic women vying for seats will best their male Republican competitors, which would give the court an 8-2 female majority. Prior to Tuesday, four women sat on the Court of Appeals, their largest share since the court was founded in 1966.

“It used to be when all the judges were men, no one thought a darn thing about it,” Burk, the women issues expert, said late Tuesday hours before the outcome of the races was clear. “Yet we’re on the verge of having the majority of the appeals court be women.”

She said the achievement was another sign of the national wave pushing women into public office.

The four female judge candidates told NMID in September that a change in gender balance wouldn’t necessarily affect how the court decides individual cases. The Court of Appeals weighs heavy questions about the state’s constitution and statutes.

But it could send a signal to the legal community, said Kristina Bogardus, a trial lawyer in Albuquerque and one of the candidates who won Tuesday night.

Rod Kennedy, a Republican who retired from the appeals court in 2016, said in September a female supermajority like the one the court will apparently have could “really change sensibilities.”

He pointed to a recent publication by the American Bar Association that highlights senior female lawyers “who say female lawyers are still pushed around in the profession.”

A Sheriff’s race in New Mexico’s most populous county 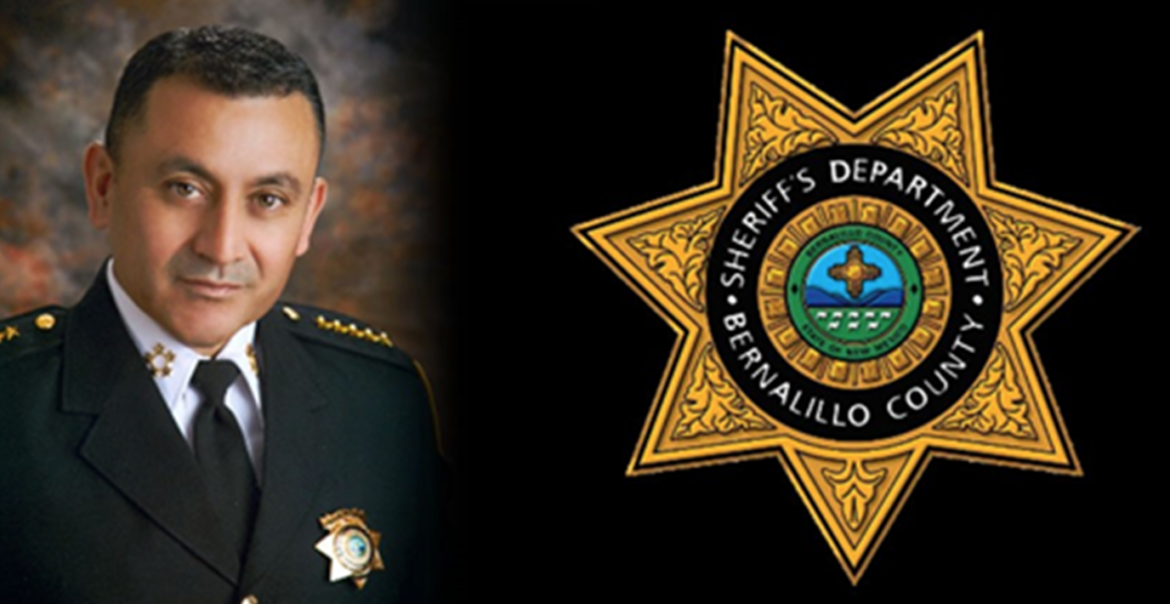 The increasingly troubled Bernalillo County Sheriff’s Office will remain under the same leadership.

Incumbent Manuel Gonzales appeared headed for a second term in office, besting retired police officer and Republican Lou Golson on a night when so many other Democrats swept into statewide and local offices in New Mexico.

A key issue in the sheriff’s contest was whether the agency should outfit deputies with body cameras — a move that would bring BCSO in line with a growing number of law enforcement agencies around the country.

Golson favored the move. His campaign slapped billboards up around town asking why Gonzales was unwilling to equip the department’s 400-plus deputies with the now-ubiquitous devices. Golson, a shooting survivor, has personal knowledge of how cameras can help. Golson’s camera was rolling when he was shot during a traffic stop. The video not only helped catch the shooter, it also disproved his version of how the shooting went down, he said.

Golson also wanted cameras on deputies because of a recent increase in shootings by BCSO and allegations of corruption and excessive force. In an interview last month he told NMID that he saw the cameras as a way to help good officers and hold bad ones accountable.

Gonzales, meanwhile, said repeatedly that cameras are unnecessary at BCSO. The news media, he said more than once, would “use the videos against” his deputies.

Jeff Proctor contributed to this report.