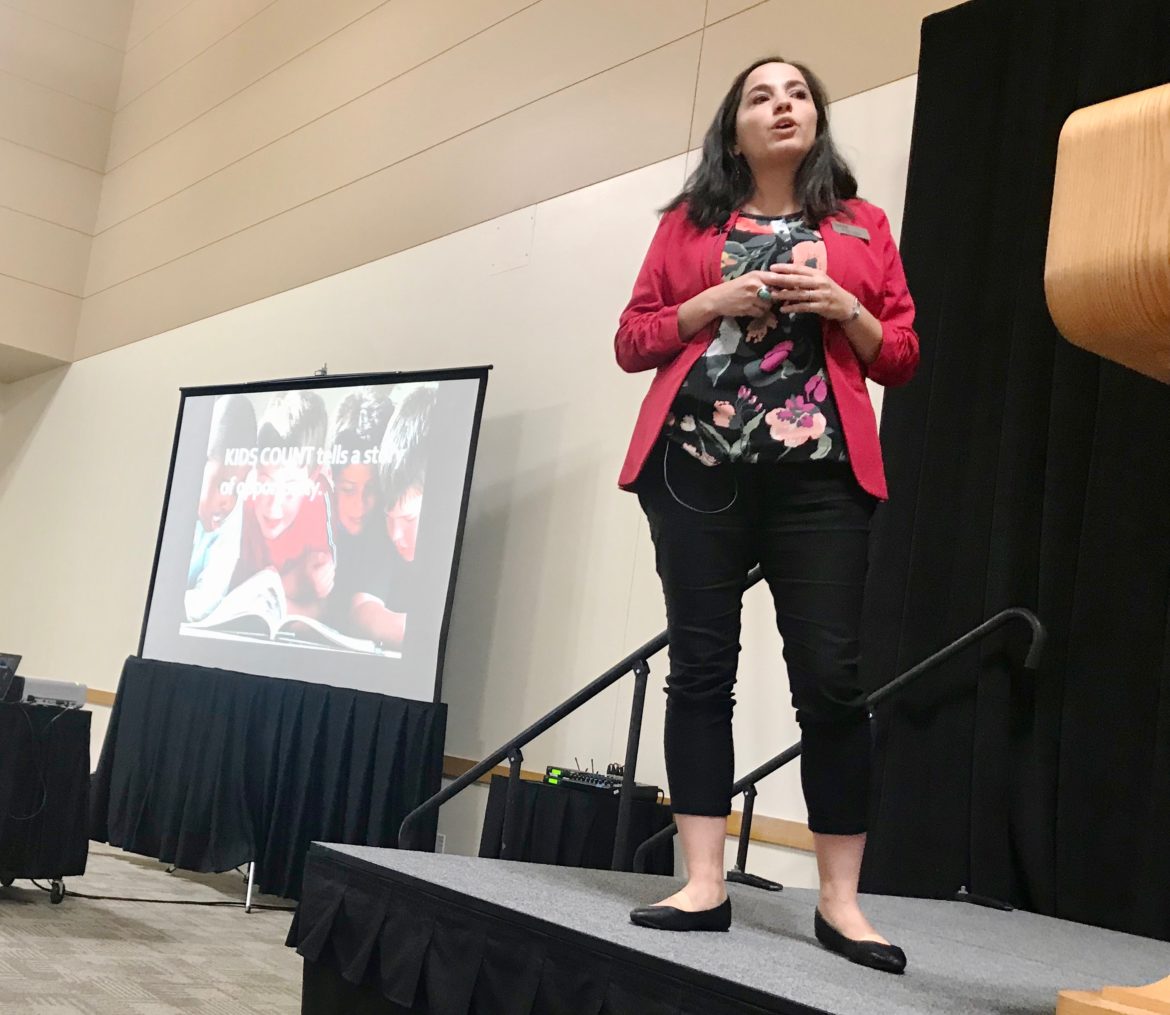 Amber Wallin is all about the numbers. After all, she manages New Mexico Voices for Children’s annual Kids Count databook and oversees the organization’s research and policy work. But there is one number she had never tallied before: Her ACE score.

The second annual Southern New Mexico Kids Count Conference held Wednesday in the Las Cruces Convention Center put its focus this year on childhood trauma and preventing Adverse Childhood Experiences, something that affects New Mexico kids at the highest rate in the nation, and which can have lifelong effects on physical and emotional health, and learning.

She was raised in poverty by a single mother, she said, who suffered from depression, she witnessed domestic violence, and her father dealt with substance abuse issues.

Despite those early challenges, she is successful, and she and her husband are raising their two children without any of the adverse experiences she faced.

“Our kids are more than the worst things that happen to us,” Wallin said after running down the litany of grim statistics in the annual Kids Count report — 50th in the nation in child wellbeing, 28 percent of children being raised by single parents, 68 percent eligible for free and reduced lunch, a drop in the number of people getting child-care assistance.

Smart policy and programs can change the story for children growing up as she did on a ranch outside of Cuba, New Mexico. Wallin’s mother was a school teacher, and put her into Head Start. Her public school was adequately funded. She had health insurance. 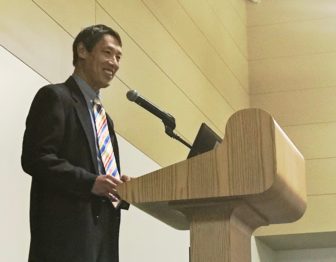 Dr. Andrew Hsi founded the FOCUS program at the University of New Mexico, which children born with exposure to drugs and alchohol, and their families. Hsi was the keynote speaker at the second annual Southern New Mexico Kids Count Conference in Las Cruces on Nov. 14.

Dr. Andrew Hsi, the keynote speaker, founded at program at the University of New Mexico that works as a generation interrupter. The FOCUS program provides care to infants born exposed to drugs and alcohol. After working with children for several years, he said he found it was not enough to care for the kids, alone. He realized he needed to treat parents as well, both with primary care services and providing substance abuse treatment and parenting skills. Breast-feeding is often a huge motivator for mothers to stay off drugs. Teaching parents to swaddle infants suffering from the after-effects of drug exposure meant that they were calmer, making the babies more likely to breast feed — and it also derailed potential abuse and neglect.

He described practicing medicine in the dark to show parents how to make a room quiet and calm, to encourage eating and sleeping. He also taught “baby PE” so that parents got down on the floor to play with their children and help with “supported tummy time.”

But these kinds of doctor visits require more time, and in turn more support from policymakers and lawmakers.

“As a community, we will have to put our arms around this child,” he said.

In its second year, the groups organizing the event, Ngage New Mexico and New Mexico Voices, expanded the conference to provide break-out sessions on topics such as preventing child sex abuse, helping children affected by domestic violence, community schools and after-school programs, and child-parent psychotherapy for families in trauma.