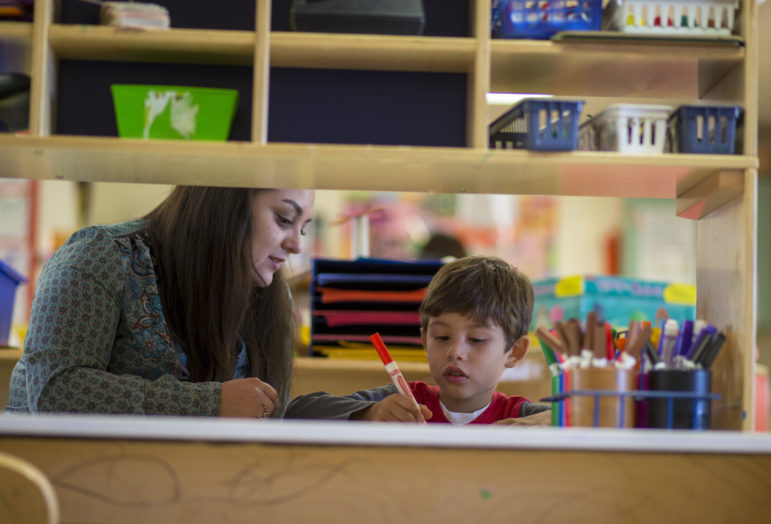 The total volume of all bills proposed in the eight years under Richardson was bigger: nearly 16,000 compared with slightly more than 9,000. The Martinez count is one year short because the last session of her tenure has just begun.

Inflating the bill volume in the Richardson years were hundreds of one-paragraph funding requests for small-time projects.

In the years when New Mexico was cash-flush, these bills — critics would call them pork — would die during the session but then found their way into a secondary budget bill, the “HB2 Jr.” For example, the 2008 “junior” budget bill included $43,000 for a youth holiday in Bernalillo; $8,000 for an Albuquerque teen drug treatment program; and $27,000 for a Roswell science fair for kids, among dozens of other line items.

There have been no such “junior” bills under Martinez, who has spent most of her tenure climbing out of a recessionary budget hole.

Yeah, but what about politics?

Politically, advocates argue Richardson had a more ambitious agenda related to the well-being of kids. And indeed, more sweeping changes did occur, including the creation of what is now the Public Education Department, the beginning of state-funded preschool and the formation of a Children’s Cabinet. Furthermore, under Richardson, lawmakers and voters agreed to fund a multi-year raise for teachers with money from the Land Grant Permanent Fund.

Martinez — who called Richardson’s initiatives “irresponsible spending during prosperous times” in her most recent “State of the State” address — began with her own ambitious agenda to improve the quality of New Mexico public schools. It delivered mixed legislative results.

Martinez achieved most of her education agenda — including high-stakes testing, teacher evaluations and Common Core standards — administratively. She won legislative reforms such as the introduction of school grades and some educational appropriations but couldn’t get lawmakers to agree on ending “social promotion,” her proposal to hold back third-graders who can’t read.

“Martinez had a Democratic Senate for her entire tenure and a Democratic House for all but two years of it,” said Fred Nathan, executive director of Think New Mexico, a Santa Fe-based think tank. “With divided government, there is less likelihood that bills will both pass and be signed, which discourages some legislators from introducing them in the first place.”

Unsurprisingly, bipartisan legislative actions have a better chance of passing than either all-Democrat or all-Republican efforts. The bad news? Less than 3 percent of bills, etc., were bipartisan.

Democrats have controlled far more seats in the Legislature than Republicans over the past 15 years, which in part explains the bigger volume of Democratic proposals.

Here’s what the database says about what successful and failed initiatives had in common:

Initiatives for kids that were successful – and bipartisan – were often voluntary, research-based, solutions-oriented and targeted to the neediest population. That’s when legislators crossed party lines.

Proposals that were mandatory, universal, unrooted in research and regarded as punitive to kids were likely to drive lawmakers into their political corners and fail.

Also likely to fail: proposals that would fundamentally alter the status quo.

That’s unsurprising, given New Mexico’s “traditionalist” political culture — an academic label for regions where decisionmakers seek “to maintain the existing order and the status quo,” says Lonna Atkeson, a political science professor at University of New Mexico. “It’s hard to move forward, especially when you are poor.”