A desire to protect young women may be doing more harm than good. For nearly two decades, Bernalillo County’s juvenile justice system has adjusted its approaches to young people to reduce incarcerating them. But in 2015, they saw spikes in the girls’ detention population so significant they were required to open a second unit for girls several times throughout the year to accommodate the increase.

Their reform efforts had overall led to dramatic reductions in juvenile incarcerations—as much as 74 percent. But those efforts weren’t reaching girls as effectively as boys, and no one had pulled the data apart to see that in a decade. Once examined, the data showed the county was incarcerating girls in situations where boys might be given an alternative that would let them stay at home. The difference stemmed from a belief that incarceration could keep some girls safer.

“When we’re analyzing how that change is playing out, we need to disaggregate the data by race and ethnicity and gender in order to understand how it impacts each subset of youth,” says Gerri Bachicha, Juvenile Detention Alternatives Initiative coordinator for the county, speaking at a December presentation on the county’s work.

When the county did study those subsets in a 2015 system assessment, their report showed the average detention rate for girls decreased by 8 percent, compared to 26 percent for boys, from 2012 to 2014. Additionally, the average length of a girl’s stay in detention increased by 12 percent while the average stay for a boy decreased by 22 percent. 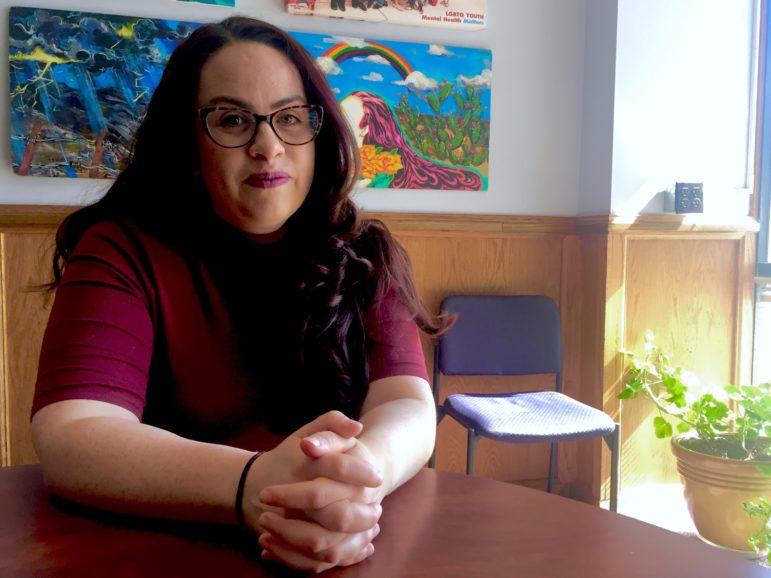 Bernalillo County’s juvenile justice staff have taken a deeper look at how girls are handled from initial arrest to booking to their experiences in detention and the probation violations that could rebound them into the system. The county’s 2015 juvenile justice programs report found that “system stakeholders are ‘protecting girls’ who have complex challenging needs through use of restrictive interventions which are not effective. … Without realizing it, we treat girls differently because of our desire to keep girls ‘safe.’”

“It’s a deep-rooted sense of how we treat girls and boys differently,” Cadena says. It’s “boys will be boys,” and there’s no equivalent “girls will be girls” that gives them second chances.

In the interest of protecting girls from potentially volatile home situations or reducing possible exposure to violence or sexual abuse—and many have a history of forced sexual contact—the county’s report found they were sending these girls to the detention center.

“Juvenile detention is maybe not the least safe place, but it’s less likely to promote a girl’s wellness,” Cadena says.

Bernalillo County’s Juvenile Justice Collaborative has worked to reduce the populations in detention centers because time in those centers seems to have little ability to steer kids from future criminal behavior. But, implicit biases including race, ethnicity and gender still take control, and impair how those reform efforts aid certain populations. 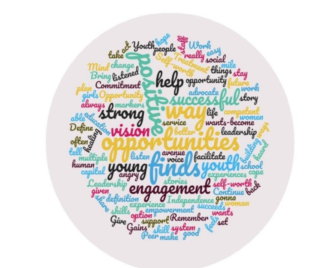 “It’s very easy to fall into patterns and to think you’re doing something that you’re not really doing, or to think you’re being more effective than you really are,” says Francine Sherman, a professor from Boston College who studies juvenile justice and works as Bernalillo County’s technical assistance advisor through the Annie E. Casey Foundation, which spearheads juvenile detention alternatives nationwide.

To target gender issues, the county put together a girls working group now chaired by Eva Buchwald, a social worker with the juvenile division of the public defender’s office. The group draws on community partners to develop more individualized approaches aimed at supporting the whole family, rather than just disciplining a juvenile offender.

Buchwald says the county’s latest efforts are yielding results, and just five girls are in the detention center, the equivalent of jail, and about a dozen in the juvenile equivalent of prison. Still, she says that money would better spent on out-patient and community programs, particularly those that can reach girls outside Albuquerque. For them, facing a justice system with facilities concentrated hours away from their homes makes for an even more significant disconnect from their families and communities.

What’s fueled the change, Buchwald says, comes mostly down to a shift in philosophies and policies. Instead of training the spotlight on a family’s failings while a child is working through a system, it can be used as a way to identify their needs and meet them with supportive, youth-driven services.

That could mean taking a look at the dearth of beds at residential treatment centers and the need for group homes or specialized foster care homes.

Anecdotes suggest some of these girls will return to the justice system as adults, though it’s not a data point the state tracks, according to Young Women United. The number of women incarcerated have been growing both in New Mexico and nationwide. Between 2010 and 2015, the percentage of adult women incarcerated in county jails increased from 12.9 percent to 17.2 percent, according to a New Mexico Sentencing Commission 2017 report. The commission also reports a trend in incarcerating more women for violent crimes. Reducing recidivism, the commission estimated in a 2012 report, could save the state $8.3 million in prison costs.

Time in detention has been shown to have long-term health consequences for young women, and particularly for young Latina women, according to research by a Northwestern University professor.

“There’s no question that it is not a helpful thing to do,” Sherman says. “The question is how to prevent it, because there are many forces in the system that just kind of push you along in that direction.”

The county’s alternatives program utilizes a “risk assessment” that prioritizes sending kids home unless they’re seen as a risk to their communities. While boys who were earning moderate risk scores were serving time through house-arrest, girls with low and no-risk scores were being held in detention. The Children, Youth and Families Department staff tasked with making those choices were using an “override” option to detain girls, according to the county’s report. CYFD did not respond to repeated requests for an interview.

But the decision to use an override often involves complex family issues. The top reasons girls were kept in detention include a lack of adequate supervision or care, parents refusing custody, parents “located but unavailable,” and domestic violence, according to the county’s own data.

Many girls who find themselves in the juvenile justice system also have a history of adverse childhood experiences. In a study of 220 committed juvenile offenders, ages 13 to 18, the New Mexico Sentencing Commission found that 67 percent of girls had experienced emotional abuse, 70 percent had experienced physical abuse, and 63 percent had experienced sexual abuse. Every girl incarcerated at that time described physical neglect. Those experiences can correlate to an increased likelihood for behaviors including illicit drug use, and shorter lifespans, according to studies reviewed by Young Women United.

These same girls are subject to strip searches when they enter into the system.

“Women who have been in the system have shared how traumatic the strip search had been for them—the moments that took them to, what that reminded them of,” Cadena says.

She spent part of January lobbying New Mexico’s state legislators to set aside funding for drug-screening wands that could be used at detention centers in place of strip searches. If approved, a pilot program would roll out in Bernalillo, San Juan and Chaves counties that could draft policy all counties could use.

Part of the issue, too, is that many of the girls in the system are also Hispanic, African American or Native American, or they’re also LGBTQ.

“We really need to talk about how the intersections impact people at all of their different identities,” Cadena says.

Girls who identify as lesbian or bisexual are at significantly greater risk of being expelled from school, stopped by police, arrested and convicted as juveniles and as adults, according to data reviewed by Young Women United. They’re also more likely to be sexually victimized by peers in detention and correctional settings. Nearly 40 percent of justice-involved girls, nationwide, identify as lesbian, gay, bisexual, questioning, transgender or gender nonconforming. Yet they face surveys for a hetero norm: Cadena points to one health intake question about safer sex that asked specifically about condom use.

“One response was, ‘I’m a lesbian. Why would I use a condom?’” Cadena recounts. “It could just as easily have been rewritten as ‘Do you use protection during sex?’”

County demographic data shows that a disproportionate number of African American and Native American girls are committed to detention centers. Though just 5 percent of the county’s population of 10- to 17-year-old-girls are Native American, that demographic comprised 33 percent of girls committed to detention centers in fiscal year 2014. White 10- to 17-year-olds are booked and held, and committed, at a rate lower than their 27 percent of the county’s population — 19 percent for bookings, and 11 percent of those committed. 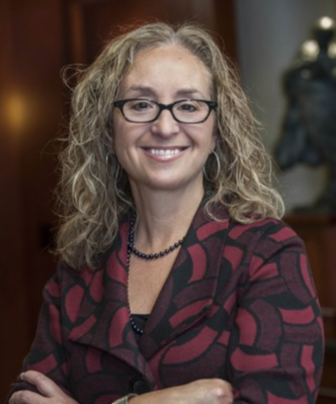 Questions of multiple-minority identities are part of what the county is assessing now, Sherman says: “It’s an evolution, and it takes a lot of work to really think broadly about your system.”

Other gaps include the power dynamics between probation officers and young girls, which often leave them feeling like their view of the situation isn’t believed and therefore isn’t worth mentioning, and facilities that are not set up to accommodate teenage mothers. Two young women who spoke with lawmakers at a conference described feeling over-medicated while in the system’s care, Cadena recalls, “They felt like they were zombies, and kept trying to communicate with their provider, ‘I don’t want to take all these drugs. I understand I have to take some of them.’”

That feedback to their healthcare provider, it seems, went unheard.

That’s part of how the detention system can become a defeating place for girls, according to Sherman—it exacerbates an existing sense that they have no control over their lives and nothing they do matters.

“Young women often feel like they don’t have an opportunity to speak up, their opinions aren’t valuable, and certainly these days as we’re learning through the #MeToo movement, young women often feel vulnerable and have experiences they don’t feel safe talking about,” she says. “It’s very important, when you’ve experienced trauma, to be able to speak your truth and tell your story. That’s what makes you regain a sense of agency, and the sense that you can actually control your future.”

Any opportunities to cultivate young women as leaders, to curb a sense of hopelessness by adding options, to plan for a future five and ten years from now that would be worth staying out of jail to manifest, should be taken—even if and while they’re in detention centers. Without it, Sherman says, these girls grow into young women who don’t feel empowered to steer their own lives.

“Any adolescent should have dreams and the ability to follow those dreams,” she says. “That is the core task of adolescence—to have a sense of your own identity and your ability to control your future.”

*Correction: This story originally said there are a dozen girls in the detention center, the equivalent of jail, and only five in the juvenile equivalent of prison. It is actually the reverse, and the article has been updated to reflect that.