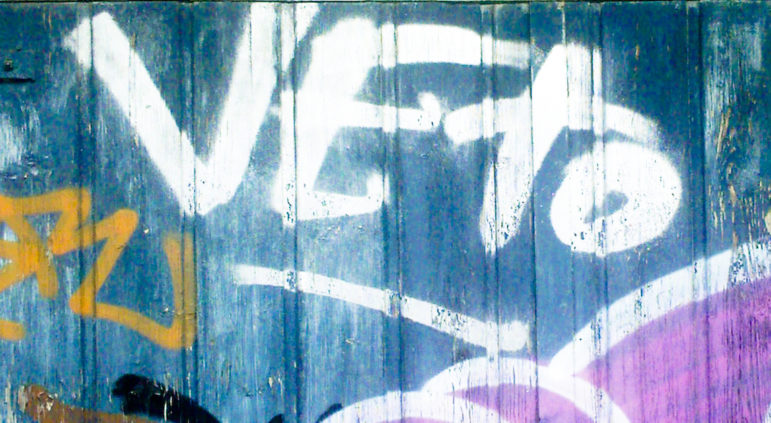 Another nearly $200,000 for educational programs meant for blacks, Latinos and Native Americans attending University of New Mexico also was eliminated.

The vetoes provoked a strong reaction Thursday from two of the Legislature’s half a dozen Native lawmakers.

“It is reckless and irresponsible that Governor Martinez would single out these critical investments in our Native communities that are in serious need,” House Democratic Caucus Chair D. Wonda Johnson, D-Church Rock, said in a press release Thursday.  Johnson is Navajo.

Rep. Georgene Louis, D-Albuquerque, who is from Acoma Pueblo, said in the same release that she was “disappointed” the governor line-item vetoed “measures that would help Native communities across New Mexico.”

“These communities, including my own, have historically been underserved, and Governor Martinez doesn’t understand that when Native communities thrive, their local communities and our entire state will succeed,” said Louis, who chairs the House State Government, Indian & Veteran Affairs Committee.

The governor’s office did not respond as of publication time to an email message sent earlier in the day seeking insight into the reasoning for the line-item vetoes.

The projects the governor eliminated from the $6.3 billion budget would have paid for, among other things, a water well on the Zuni Pueblo and a emergency management communications tower on the Jicarilla Apache reservation.

Also eliminated were dollars earmarked to pay for an expansion of broadband internet to several pueblos in northern New Mexico.

• (page 175) $200,000 for a communications tower on the Jicarilla Apache Nation for law enforcement and emergency management

• (page 187) $100,000 for the Native American Social Workers Institute at the School of Social Work at Highlands University

• (page 186) $200,000 to fund Bureau of Business and Economic Research at UNM to study uranium clean up training programs on the Navajo Nation

• (page 180) $100,000 for a study on the impact to the general fund of Native Americans using state facilities rather than the Indian Health Service facilities for health care

• (page 180) $100,000 for design and construction of a  storm and surface water control system on the Ohkay Owingeh Pueblo

In addition to the line-item vetoes in the state budget, Martinez also vetoed legislation late last week that would have put in place requirements for local school districts to help their Native American students graduate.

The governor said in her veto message the bill was “filed and passed with the best of intentions: to close achievement gaps for our Native American students.”

However, she continued in her veto message, the bill amounted to an unfunded mandate that would require school districts “to provide potentially costly programming and services, but contains no appropriation and offers no guidance on best practices or on how to measure progress. New Mexico’s Native American students deserve better than the hollow support of vague programs that aren’t even backed by a budget.”