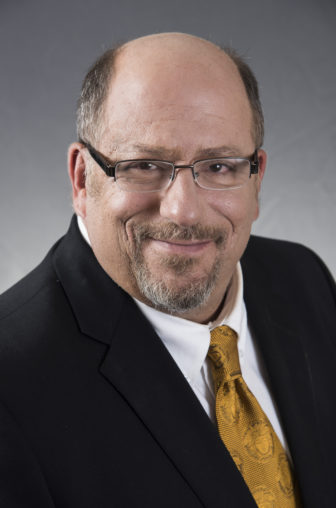 When I walked into the state capitol for the opening session of the New Mexico Legislature a year ago I didn’t need to stop and get a press pass.

A month earlier, when the New Mexico Foundation for Open Government hired me as its new executive director, I told newsroom col-leagues I’d just won the job lottery.

After working as a journalist on and off for decades, I boxed up reporter notebooks and the press passes I’d hoarded since my first assignment in 1977 and headed to the Roundhouse to defend New Mexicans’ right to know and to advocate for stronger Sunshine laws.

For the first time in my professional career, I felt like I’d been dealt a winning hand.

In fact, the deck was stacked in the public’s favor in 1978 when state legislators recognized each of us is entitled to almost all the “information regarding the affairs of government and the official acts of public officers and employees.”

Yet, NMFOG’s open government hotline rings three or four times a day with callers seeking assistance when their requests for public documents are delayed, deferred, denied or upset about having to pay fees before even looking over the records’ content.

New Mexico’s Sunshine laws are black and white. Just look at court opinions and their ruling in favor of public access. Government secrecy should be a rare exception.

Most records custodians under-stand their statutory obligations and comply with the law, but a NMFOG compliance audit two years ago revealed taxpayers are on the hook for attorneys’ fees and damage awards when agencies chronically thumb their noses at the law.

None of the issues are new. In 2015, New Mexico’s Sunshine laws received a failing score in the Center for Public Integrity State Integrity Investigation.

The state’s score might have been higher, but New Mexico got dinged for deferring prosecutions and the attorney general’s reliance on voluntary compliance.

Two years later, nothing has been done to close the so-called ‘enforcement gap.’ To start, NMFOG recommends lawmakers make closing the ‘enforcement gap’ a priority and give the Attorney General’s Open Government Division additional funding.

Opportunities have been squandered in the past, but in her final budget, NMFOG encourages Gov. Susana Martinez to budget for resources and technology to ensure state agencies are able to post their legally required data to the New Mexico Sunshine Portal.

Removing the administrative code loophole in the “otherwise provided by law” exception has NMFOG’s support again this year.

Lawmakers should take the lead from 19 other states that enacted laws that require data created or stored in expensive proprietary software be exported to the public in an open source format.

The law allows public entities to charge a maximum of $1 dollar per copied page, but only if it’s reason-able. We checked self-copy facilities in early January. The average rate for a single-sided black and white copy was 16 cents. Anything more than the 25 cents a page creates barriers to public access. IPRA was never intended to be an enterprise fund and lawmakers should reset the max amount and clarify actual copying costs custodians charge to prepare electronic records and then transmit to requestors’ emails.

Citizens’ access to the legislative process is less than transparent. To level the playing field, NMFOG encourages legislative leadership to acquire technology to track changes in proposed legislation and require committee staff to post hearing agendas 24 hours in advance and consider setting up text and email alerts to people who register to track specific bill proposals.

Legislative leaders should also restrict the use of Dummy Bills after the mid-session bill filing deadline for emergency use only. When they aren’t, the public is left guessing.

NMFOG defers to stakeholders to debate the merits of public-private partnerships, but the process must remain transparent. Financial deals that reduce total bonding capacity or put taxpayers on the hook should be disclosed and decided in properly noticed public meetings.

Peter St. Cyr is executive director of the New Mexico Foundation for Open Government. The views in this column are the author’s alone and do not reflect the view or opinions of New Mexico In Depth.