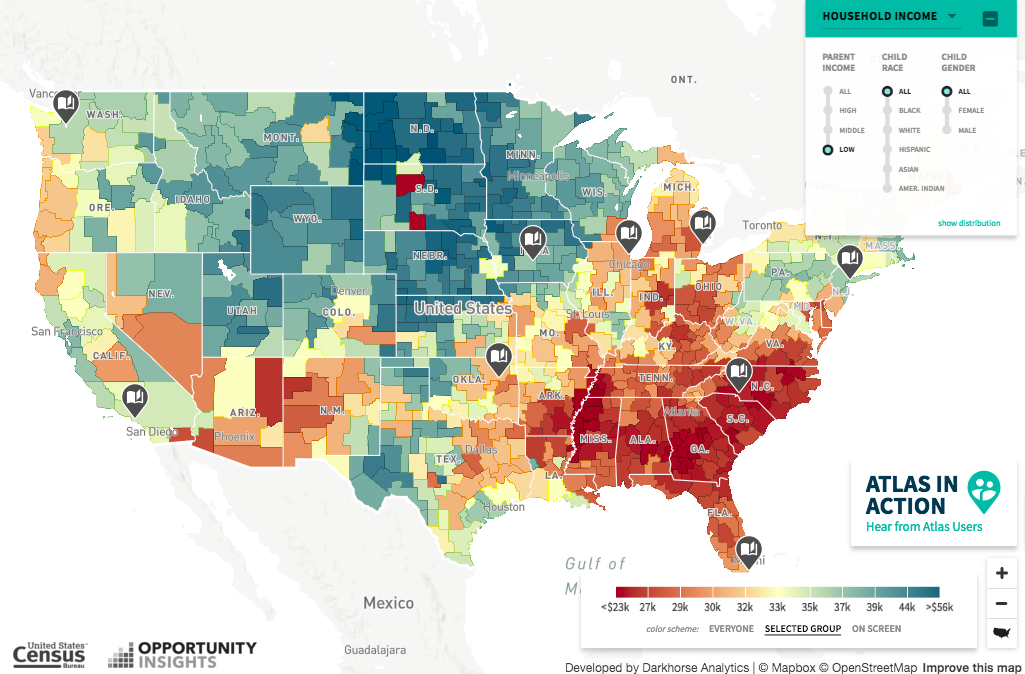 We want to make sure you don’t miss a fascinating new interactive map that shows how different neighborhoods in our cities and states compare when it comes to poor children moving out of poverty in adulthood.

Called the Opportunity Atlas, the Census Bureau announced it in a blog yesterday in which its ambitions are stated clearly in the form of questions the project hopes to answer.

“How do children’s chances of climbing the income ladder vary across neighborhoods in America? Where is opportunity lacking and what can we do to improve opportunity in such areas?”

Created by the Census Bureau in collaboration with researchers from Harvard and Brown universities, the project is squarely focused on children.

But it turns the normal approach to tracking childhood poverty on its head by visualizing how poor children raised in a certain geographic area fare economically as adults.

One of the goals of the interactive project, with its easy-to-use visualizations, is to provide a more powerful tool “to pinpoint — down to the census tract, a level relevant to individual families — where children of all backgrounds have the best shot at getting ahead,” the New York Times reported in a story about the project yesterday.

What does the Opportunity Atlas tell you about your neighborhood? Let us know.

This powerful new tool prompts many questions from us at NMID, including how New Mexico officials might use it to identify where opportunity exists to a greater degree, and why, in a state with one of the highest poverty rates in the nation.