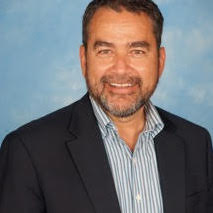 Elections have consequences — or at least they should. The resounding victory of Democrats in the 2018 election with an expanded majority in the state House, and Democrats holding every statewide office should result in passage of a real working families’ agenda. It is time for state leaders to deliver a real working families’ agenda in the 2019 legislative session that should include:

Raising the minimum wage — The top priority for policymakers this session must be to raise the minimum wage from the current poverty wage of $7.25 per hour to a a living wage of $15 per hour. Raising New Mexico’s minimum wage gradually over the next few years to $15 would lift pay for 370,000 workers, strengthening families, communities, and our state’s economy. Unfortunately, an increase to $15 per hour — even gradually — seems politically difficult even with the Democratic majority in both houses of the legislature and a Democratic governor. The current Democratic proposal to raise it to $12 over two years is a positive start but doesn’t begin to approach a living wage that New Mexico families need to support themselves.

Automatic voter registration (AVR) — Measures to pass automatic voter registration had previously failed in the Legislature due to opposition from conservative Democrats but the path to passage is now clearer. According to the U.S. Census, just under 60 percent of New Mexicans are registered to vote, placing our state in the bottom five of all states. Despite historic turnout in the 2018 mid-term election, in the 2016 presidential election just half of the eligible voters cast a ballot, the fourth lowest level of participation in the nation. Nearly half a million state residents who are eligible to vote aren’t registered. With AVR, those numbers would rise exponentially and more of us would participate in deciding our priorities and setting the agenda for our state.

Fully funding early childhood education — With one of the largest permanent funds in the world, New Mexico should not be at the bottom of most childhood wellbeing indicators. For several years a constitutional amendment to increase distribution of the fund by 1 percent to generate the funds necessary to increase access to quality early childhood programs for the state’s nearly 140,000 children aged 0-5 has failed to pass. A one percent increase in the permanent fund distribution would generate about $150 to $200 million of the amount necessary to increase the currently limited access to home visitation, childcare assistance and pre-K programs currently available to only a fraction of the state’s children. Senate Finance Committee Chairman John Arthur Smith has blocked the increase since first introduced, but one Senator should not be allowed to determine the outcome of this important proposal for our state’s children. This should be a top priority for the state’s leaders in the 2019 session.

Progressive tax reform — With a budget surplus for the first time in several years, leaders in the state legislature can set a better course for how the state will use funds by creating diversified and adequate funding for working family priorities. It also offers an opportunity to pass progressive tax reform in the form of rolling back corporate tax cuts and asking the wealthiest New Mexicans to pay a little more taxes so that our state can invest in our greatest resource — our people. Rather than perpetuating our dependence on oil and gas revenues, state leaders have a chance to diversify our revenue streams so that we can minimize the boom and bust budgeting that has characterized our state finances.

A new Democratic governor and the eight-seat general election pick-ups for Democrats in the state House should translate into more support for increasing the minimum wage, committing to early childhood funding, passing automatic voter registration, and other working families’ priorities. While the conservative coalition in the Democratic state Senate majority might try to moderate these proposals, voters deserve and expect that several key wins for working families will make it to the new governor’s desk for her signature. With full control of state government, it is time for Democrats to deliver on their promises to New Mexico’s working families.

Eric Griego is executive director of New Mexico Working Families Party, a growing progressive political organization that fights for an economy that works for all of us, and a democracy in which every voice matters. The views in this column are the author’s alone and do not reflect the view or opinions of New Mexico In Depth.