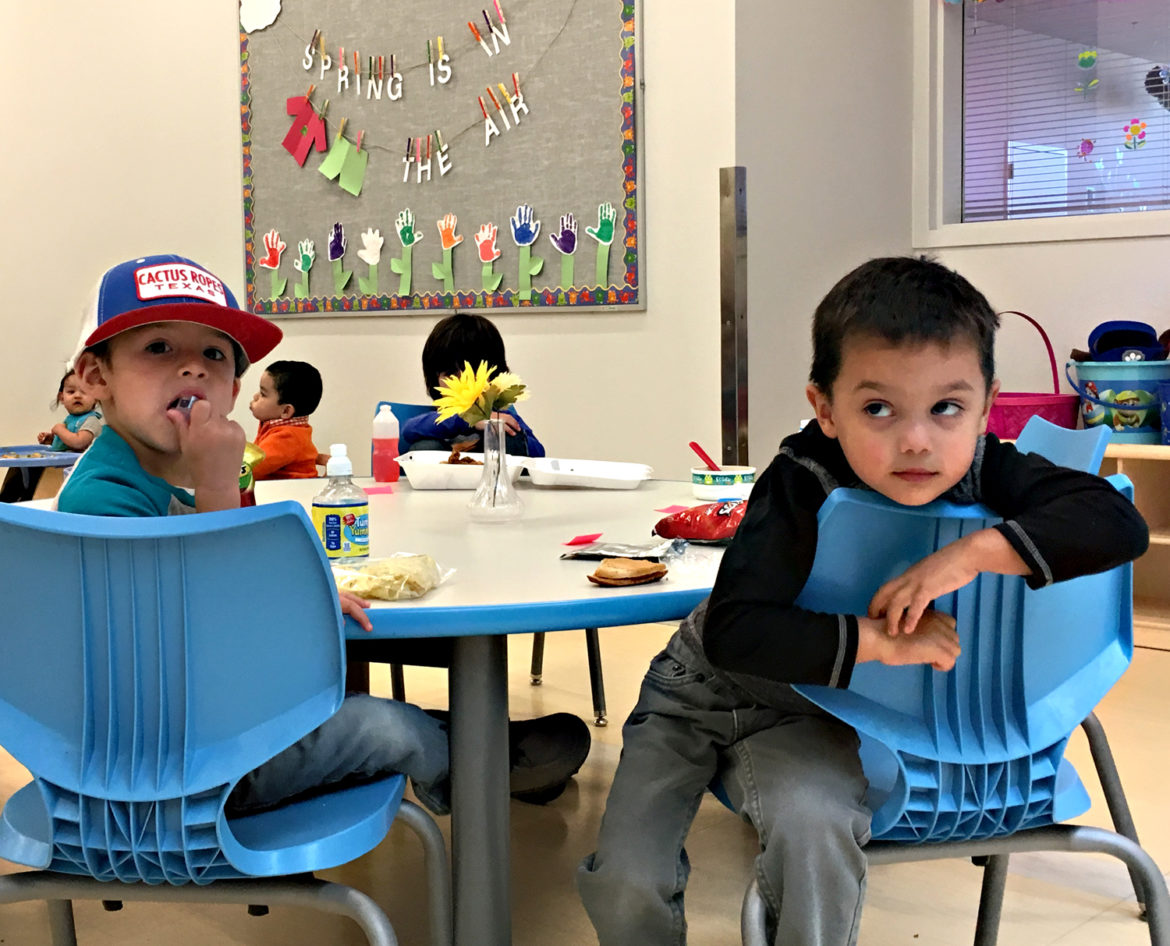 Lawmakers want to pump hundreds of millions more into public education this year, but advocates and some lawmakers say too little is going to early childhood programs that serve children under the age of five, and continue to argue the state needs to tap New Mexico’s permanent land grant fund.

Over the past decade, how much to increase the state’s investment in such early childhood programs has aroused deep passions among advocates and lawmakers.

According to a legislative analysis, the Legislature is proposing to spend $125 million more for early childhood programs for the year that starts July 1, but most of that is made up of a $90 million increase to K5 Plus, a program for children aged 5 and over.

The Legislative Finance Committee describes New Mexico’s early childhood care and education as running from before a baby is born to when he or she reaches 8 years of age.

This year, lawmakers have gone all in on K5 Plus. But while the LFC acknowledges the benefits of programs serving ages 0-5, it urges a more cautious approach to funding them due to gaps in infrastructure and teacher shortages.

The state’s incremental approach appears to continue in 2019, a year it is swimming in money.

Numerous programs serving children 0-5 are getting increases for next year — $35.6 million, all told — but nothing like K5-Plus’ $90 million bump.

Rep. Javier Martinez, a Democrat from Albuquerque who is the co-sponsor of HJR 1 to tap the land grant fund for early education, doesn’t buy what he calls the incremental approach the Legislature is taking. The state is funding what it can, he said, but the capacity isn’t great enough to meet the needs of all New Mexico children under the age of 5. And he said advocates have offered solutions, including the measure to tap the land grant fund and a tax package.

“We’ve sent them two kettles of soup to cook from,” he said. “They’ve rejected the early education resolution, and we’ll see what happens with the tax package.”

A proposed omnibus tax package that has passed the House would raise about $350 million annually from a range of sources. A signal that it faces a tough road came when Sen. John Arthur Smith, D-Deming, who chairs the Senate Finance committee, said it was irresponsible.

On Tuesday, Smith reiterated his opposition to tapping the permanent fund, saying “there will never be enough money for advocates. If they had the entire permanent fund, they would want to know in two years how to get more.”

As the end of the session looms – it ends Saturday – early childhood appears to be on Gov. Michelle Lujan Grisham’s mind, too.

She met with Smith for more than a half an hour Tuesday afternoon and one of the topics discussed was early childhood funding, specifically a bill to tap the fund that she supports, Smith said.

“She would like to have a hearing,” Smith said of SB 671, which would divert half a percent from the state’s permanent public school fund to pay for pre-kindergarten and improve children’s developmental readiness for elementary school.  SB 671 is sponsored by Sen. Linda Lopez, D-Albuquerque. Voters would have to approve tapping the permanent fund first before the legislation would take effect.

The governor has repeatedly stressed that tapping the permanent fund – just a pinch, as she says – is part of her multi-front “Moonshot” strategy to improve the state’s early childhood programs and public education system.

Smith didn’t seem inclined to grant the bill a hearing before Senate Finance Committee, where it is bottled up.

“She is looking for other solutions. Is what she indicated to me,” Smith said of his conversation with the governor.

As for Martinez, he is disappointed at the unwillingness to tap the permanent fund for early childhood programs, but also said he has deep satisfaction at the progress that has been made.

“Over the past eight years a movement many did not take seriously has become one of the top rallying cries around this legislation, certainly in the House and now with the governor joining,” he said.

Early education programs serving children under the age of five

The Department of Health has a Family, Infant and Toddlers program that serves the very young, from birth to 3 years old.

The Human Services Department has a Home Visiting program.