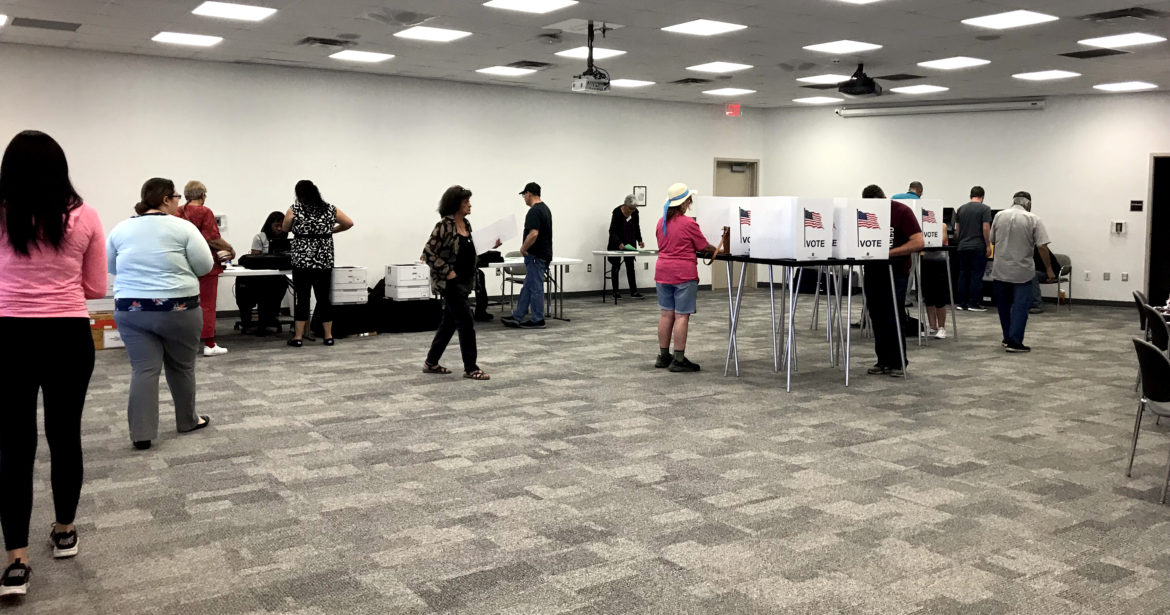 A group of legislators want to ensure more New Mexicans can vote by making registration easier. They’re proposing automatic voter registration when a person gets a driver’s license and they also want to allow registration right at the polls.

Eligible voters already can register or update their registration when applying for or renewing a driver’s license or identification at the Motor Vehicle Division. House Bill 84 would make that process automatic, with an opt-out option for those who don’t want to register.

“I think it will bring more people to the polls. It’s easier, automatic, and that’s what we want,” Sariñana said.

“Modernizing New Mexico’s outdated system helps voters by identifying errors that could prevent their vote from being counted and saves election officials money because they don’t have to process paper applications,” she said.

Ferguson also said switching to an electronic system would help keep the integrity of elections by strengthening the security of the state’s voting systems.

At the House State Government, Elections & Indian Affairs Committee hearing this morning, one of the biggest concerns was ensuring that only qualified electors be registered.

“If we go to an automatic voting system, when people show up at the Department of Motor Vehicles or elsewhere, there may be some misunderstanding,” said Rep. Greg Nibert, R-Roswell. “We need to have a system in place to make sure that only qualified voters are actually getting on the voting roll.”

Secretary of State Maggie Toulouse Oliver assured the committee that the MVD does have processes in place currently to ensure that only those qualified are registered.

“The MVD conducts a rigorous process to verify who folks are when they’re issuing any kind of a license,” she said. “They are collecting that data and we are relying on that data.”

According to the Brennan Center for Justice, a national group that studies and advocates for such reforms, 100,000 of the 230,000 individuals who had registered automatically cast ballots in the 2016 Oregon election.

The same group of legislators also want voters to be able to register when they show up at the polls, on Election Day and at early voting sites.

“Political campaigns spend a lot of their resources educating voters close to the election,” Steinborn said. “By allowing people to register up to the day of the election, it would give those voters who don’t pay attention until close to Election Day an opportunity to have their voices heard.”

House Bill 86 includes similar provisions. Voters would have to show a New Mexico issued driver’s license or identification card, or a different form of photo identification that is coupled with a document showing a valid, current address. The bill also required same day registration happen in the precinct in which the person resides on election day, or if they’re voting early, in the same county in which they reside.

The automatic voter registration bill passed the committee 5-4 today and is now headed to House Judiciary. The debate on same day and early voting registration will continue on Monday.