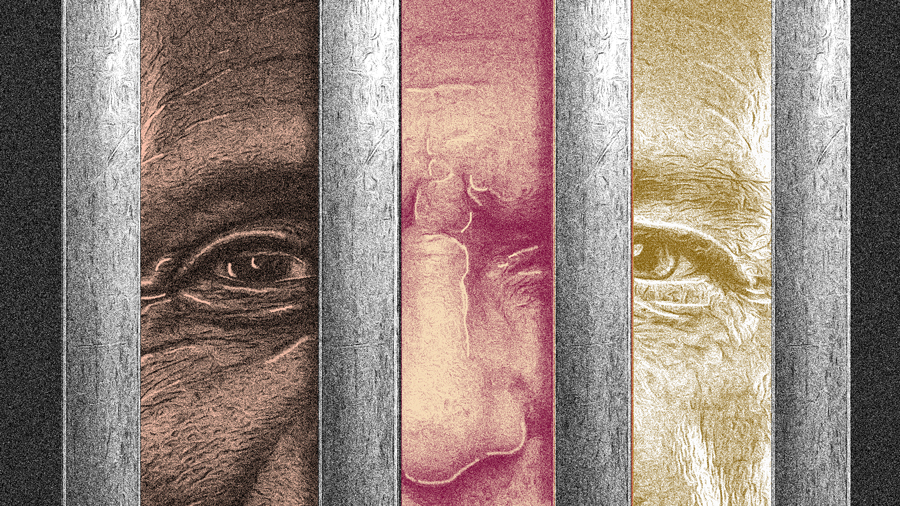 From traffic stops to incarceration rates to drug arrests, New Mexico trails other states and the federal system in collecting key criminal justice data, particularly on race and ethnicity, a New Mexico In Depth analysis has found.

And despite a push from state lawmakers this 60-day legislative session to improve the state’s data collection efforts to inform better, “evidence-based” criminal justice policies, searching for potential racial disparities in policing, prisons and other areas doesn’t appear much of a priority.

“It’s puzzling,” said Steve Allen, policy director for the American Civil Liberties Union of New Mexico. “If we’re going to have some sort of data-sharing process in place and data gathering, I would think race has to be central to that. It’s just gonna take a little bit of ingenuity and a little bit of prioritization from people in power.”

There are no state rules or laws that require law enforcement agencies to track the race or ethnicity of people their officers contact, stop in vehicles or arrest, according to the top two officials at the New Mexico Sentencing Commission, the state’s clearinghouse for criminal justice information.

And of New Mexico’s 33 county jails that do record the race or ethnicity of inmates, booking officers choose which race to enter on an intake slip, not the inmates themselves. Further, the only mention in state law of gathering race or ethnicity information for people in prisons is from 1955, and it places the onus on doctors to examine new inmates and record in a private “register” their “nationality or race.”

It’s just one among many longstanding problems associated with New Mexico’s data gap, the officials say.

In 2007, the Sentencing Project, a national nonprofit group that advocates for prison reforms, released a study examining the racial makeup of state prison populations. New Mexico and Wyoming were the only two states for which no figures were available.

The report included statistics known at the time: Blacks and Hispanics were incarcerated in the federal system at far higher rates than whites. And its conclusions expanded the universe of knowledge: In the 48 states that gathered race and ethnicity data for state prison inmates, black people were locked up at 5.6 times the rate of white people, and Hispanics were imprisoned at nearly double the rate of whites.

Whether that’s true in New Mexico is simply not known, though experts interviewed for this story acknowledge that it may be a trickier question to parse in this state, which has large populations of Hispanics, Native Americans and people of mixed races and ethnicities.

Other states, including California and Florida, have passed laws requiring law enforcement and corrections departments to collect detailed information on the race of people who encounter the police and enter those states’ jails and prisons.

The dearth of racial or ethnic statistics, and a lack of emphasis on collecting them, contrasts legislators’ willingness to improve the state’s data-gathering and data-sharing capabilities in criminal justice related to rising crime rates in New Mexico.

House Bill 267 passed the state House on a unanimous, 62-0 vote on March 5 and is headed to the Senate. Based partly on the work of a task force headed by former state Supreme Court Justice Ed Chavez that urged the Legislature to pass a law that would assign a “unique identifying number” to every person who enters the criminal justice system. The unique ID would allow police departments, jails, prisons and the Probation and Parole Division to share information and separate the most violent offenders from those living with serious mental illnesses and substance abuse problems.

The words “race,” “ethnicity” and “demographics” don’t appear in the bill.

“The only mention of race I can remember was a concern about whether compiling that information could be used for directed police activities that could compound the overrepresentation of minorities in the system,” said Linda Freeman, executive director of the Sentencing Commission.

She and her deputy director Douglas Carver tell NMID they attended all but one of the task force’s meetings.

New Mexico is so far behind that simply ensuring various criminal justice entities communicate with each other was the group’s goal, Carver said.

“Once we do that, we can see where the gaps (in data) are and address those,” he said.

Those gaps, at least where drug arrests of non-white people are concerned, appears to be on Gov. Michelle Lujan Grisham’s radar.

“Incarceration-rate and arrest disparities with regard to drugs reflect a systemic, deeply broken aspect of criminal justice in this country,” she said through a spokesman in response to NMID questions. “New Mexico should absolutely do what it can to both investigate and lead on corrective action.”

Allen of the ACLU wonders why, in the push for more comprehensive justice system data, collecting racial and ethnic information isn’t part of the discussion “because we know from national data that racial disparities are shot through the entire system.”

“It would be surprising if we didn’t find them in New Mexico, but we need better data so that we can have real conversations about this,” he said.

Allen is quick with an anecdote.

In 2017, his organization partnered with the Drug Policy Alliance, New Mexico Voices for Children and Young Women United to look at drug arrests and jail bookings in Bernalillo County.

For the ACLU, it was an attempt to localize the group’s seminal national report, “The War on Marijuana in Black and White,” which found that, although black and white people used marijuana at roughly the same rate between 2001 and 2010, blacks were nearly four times more likely to be arrested for possession.

Immediately, the groups hit roadblocks with race data from arrests.

“We had to inquire with every local law enforcement agency individually, which is a lot of leg work,” said Jessica Gelay, policy manager for the Drug Policy Alliance in New Mexico. “Some agencies were helpful, others were not. Some agencies, like Bernalillo County Sheriff’s Department, do not track citations. We could not examine data for racial disparities.”

That’s not by accident.

Although the State of New Mexico Uniform Incident Report — essentially the template document all law enforcement officers in the state use for police reports — includes a box entitled “race,” there is no requirement that it be filled in, according to a review of state laws.

That made analyzing drug arrests along racial and ethnic lines in the state’s most populous county nearly impossible, Allen says.

Jail bookings proved a little easier to analyze. The Bernalillo County Metropolitan Detention Center provided the groups with a year’s worth of booking information from 2015, which underpinned their report.

The group’s experience demonstrates the trickiness of tracking “race,” which itself is an imprecise term. And it only gets fuzzier when identifying individuals by that marker.

Allen and Gelay suspect  the relatively complete data set from the MDC may have been “messy,” resulting in a potential overcount of white people and an undercount of non-whites.

“I recall talking to one of the booking agents, and she said, ‘Well, if I’m not sure, I just usually click the white box,’” Allen said, adding that he was “alarmed” by the practice.

What data is available?

Freeman and Carver of the Sentencing Commission say that while there are no state requirements for gathering data on race and ethnicity by police, federal rules do mandate some collection.

State law requires that anyone arrested on suspicion of DWI, inmates charged with crimes while incarcerated and people arrested on suspicion of any felony or misdemeanor punishable by six months or more in prison be fingerprinted. And the FBI requires that those fingerprint cards include information on race for purposes of reporting in the bureau’s annual Uniform Crime Report.

So, Freeman says, the state Department of Public Safety maintains a database of certain arrests that includes the race of the person arrested. The database, however, is not publicly viewable.

“In terms of race, in looking at the data we’ve been entrusted with, it looks like it’s there and it is fairly complete,” Freeman said. “The problem is that it needs to be self-identified race data, and it’s not. And there aren’t quality instructions on how to collect that data.”

One concern she raised was whether the race-arrest data collected accurately reflects New Mexico’s diversity — particularly with Hispanic and Native American people.

“I don’t know how reliable it would be to conduct a query in that database,” Freeman said.

Another avenue for requiring data collection on race in the justice system is federal oversight.

An example: the consent decree Albuquerque officials signed with the US Department of Justice after an investigation revealed widespread use-of-force abuses by city police. The agreement requires APD officers to record the race and ethnicity of people contacted by the department’s mental health crisis team and people against whom officers used force.

Allen of the ACLU says the forced changes at APD are a positive step, but they don’t apply to other areas of the state’s criminal justice system.

He says lawmakers need to push through some mandates, and the leadership of police and correctional departments need to rework policies to require collection of race data.

“We don’t have a good tracking system in New Mexico to track race and ethnicity data in our criminal justice system,” he said. “And that’s hampering us. We’re a state with a large demographic of people of color, with large Latino and Native American populations. Tracking this isn’t simple because of our complex demographics. But we can’t just throw up our hands and not check the box at all. That can’t possibly be the solution.”