A person would have to live under a rock to have missed New Mexico’s gilded fortunes over the past few months. You have to go back years to find New Mexico sitting on more than a $1 billion surplus.

In a normal year, the historic windfall would provoke dueling choruses: fund what you can while you have the money versus save the money for a rainy day. 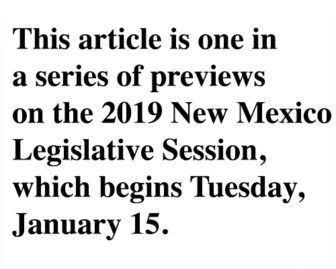 The dueling choruses will still try to drown each other out as lawmakers meet in Santa Fe to draft a state budget. And, the Legislature and Democratic Gov. Michelle Lujan Grisham will spend countless hours constructing and then negotiating a $7 billion or so budget deal. But, unlike in previous years, a new player is on the budget scene.

Looming over the back-room horse trading that is sure to happen over the next two months will be state judge Sarah Singleton. Her 76-page ruling last July found New Mexico guilty of shirking its constitutional duty to adequately educate at-risk students.

In April, Singleton is scheduled to review a portion of the state budget that pertains to New Mexico’s plans to educate its children in the wake of her historic ruling. Depending on her finding, the Santa Fe judge might commend New Mexico or order it to do better.

This is a major deviation from how state budgeting is usually done in Santa Fe. 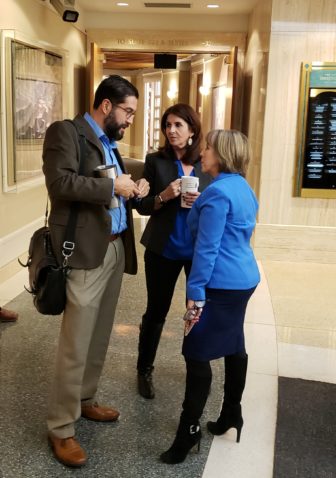 As hard as it is to get a majority of lawmakers to agree on a state budget, it’s probably going to be harder this year with attempts to achieve consensus on how much New Mexico should spend to adequately educate all its children. Especially when the people who successfully sued the state and who were vindicated by Singleton’s ruling are saying New Mexico needs to spend $1 billion in additional education dollars, at minimum, to begin to address the educational inequities exposed.

“That’s not aspirational. It’s defining the floor,” said Edward Tabet-Cubero, the former director of the New Mexico Center on Law and Poverty, which along with MALDEF successfully sued the state.

In her ruling, Singleton sided with MALDEF and the Center in example after example of insufficiencies and inequities that fall disproportionately on Native Americans and English-language learners, students with disabilities, and low-income students. Three-quarters of New Mexico’s public school children are eligible for free and reduced lunch, an indicator of poverty.

“There’s a moral imperative to get this right for our kids now,” Tabet-Cubero said.

“People can raise their eyebrows and say that’s not realistic,” said Pecos, who is the co-director of the Leadership Institute and one of the founders of the new Native American Budget and Policy Institute. In response, he points out that the state’s spending on schools hasn’t returned to pre-recession levels, which exacerbates a decades-old problem of poor education, especially when it comes to educating the state’s Native students who, for generations, have endured efforts to diminish their cultural and linguistic heritage, the lingering vestiges of colonialism.

“This is a watershed moment,” Pecos said. “We have to be strong in our convictions not to compromise in what is in the platforms.” 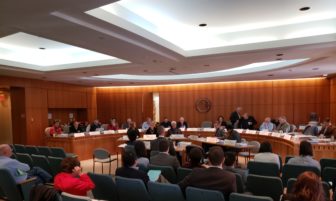 Staff appear before the Legislature’s budget arm, the Legislative Finance Committee, in December.

It’s too early to handicap the advocates’ chances of winning the full $1 billion by session’s end, but it’s a long shot if history is any indicator.

Singleton’s ruling has propelled to the forefront arguments made by education advocates for years, adding greater urgency to a debate that has centered most recently on early education.

Supporters argue that fully funding early education has the most potential for solving the state’s entrenched economic and social problems, backed up by science and track-records of similar investments in other states. But some lawmakers argue that New Mexico needs a better plan for how to utilize the funds before unlocking a big chunk of money.

The incoming Democratic governor has acknowledged that New Mexico must do better for its students.

“I want to work with those plaintiffs and those stakeholders and I am not pollyanna how hard that work will be,” Lujan Grisham said in December at the Roundhouse. “But it’s worth doing to get public education right and that’s what I will instruct the Public Education secretary designee to do.”

It’s unclear, however, how far Lujan Grisham is willing to go in directing additional funding. If it’s not clear by now, education will not only be issue No. 1 during the 2019 legislative session but also will steer the budget debate, too. Rep. Patricia Lundstrom of Gallup, the chairwoman of the House budget committee, which drafts the state budget each year, acknowledges the state’s obligation, saying the lawsuit “is driven by lots of needs and things we need to respond to.”

But there is a large question budget writers must ask themselves as they think of education spending, and it has less to do with the significance of New Mexico’s educational needs and more to do with everything else across New Mexico clamoring for attention.

There are the state agencies with high numbers of vacancies and others that are experiencing high turover due to low salaries. Meanwhile, New Mexico has the lowest-paid judges in the nation and not enough public defenders.

Lujan Grisham and her new Human Services secretary are talking about rebuilding the state’s behavioral health system, which was disrupted by former Gov. Susana Martinez.

And expect roads to get some loving care this year thanks to the $1 billion surplus, Lundstrom said.

“Down in the Southeast, where there’s all this oil and gas produc – tion, we’ve heard consistently about the needs for improved roads be – cause of the wear and tear,” Lundstrom said.

“We got some real capital needs on roads and bridges across the state that we have pushed off, that we will try to address,” Townsend said. 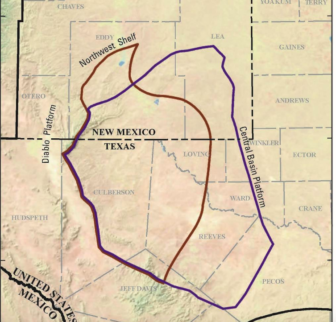 Townsend’s hometown in Eddy County is at the epicenter, along with Lea County, of a 21st century version of the Gold Rush that is responsible for the state’s eye-popping surplus.

New Mexico’s budget waxes and wanes on the health of the oil and gas industry.

But this time, the oil boom well underway is different, some people say. New technology and geographical luck have placed New Mexico above a portion of one of the world’s richest supplies of petroleum. A recent assessment by the U.S. Geological Survey found “an estimated mean of 46.3 billion bar – rels of oil, 281 trillion cubic feet of natural gas, and 20 billion barrels of natural gas liquids.”

That’s the largest assessment ever made by the Survey, prompting former U.S. Interior Secretary Ryan Zinke to say “energy dominance is within our grasp as a nation.” 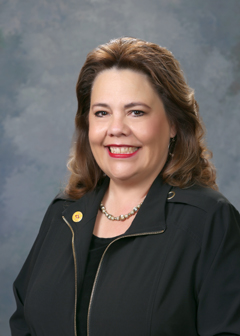 It’s good news, especially for the state’s budget writers, and some people are predicting surpluses for years. That’s because to get all that oil, companies have to pay New Mexico.

But Townsend is wary. It’s a skepticism born of experience.

“I have seen some very promising numbers and we’re all hopeful,” Townsend said. “But we’ve been there before.”

It’s not lost on policy makers that only two years ago, in 2016, New Mexico was slashing services and programs due to an oil and gas industry crash. The market for oil is global, with production shifting high and low due to factors largely outside New Mexico’s control.

Experience dealing with oil and gas boom-bust cycles makes John Arthur Smith, chairman of the Senate Finance Committee, nervous, too, especially when people talk about how much they want to spend, even in good years.

“When one industry … is providing 45 percent of our entire recur – ring (year-over-year operational) budget, it make us a little apprehen – sive,” Smith said. “You’re putting a lot of eggs in one basket. That’s not a good practice.”

Some people, however, believe the state deserves it all — fully funded education, properly maintained roads and other necessities. And they say the state wouldn’t be so dependent on oil and gas had taxes not been repeatedly slashed. More than a decade ago, Democratic Gov. Bill Richardson and the Legislature changed the state’s personal income tax structure, dropping the top state income tax rate from 8.2 percent to 4.9 percent.

Advocates want to reverse at least some of that and also want a rollback of corporate tax cuts approved in 2013.

“Our No. 1 priority is going to be focused on making sure that the state budget has enough revenue coming in to pay all the bills,” said Bill Jordan, policy director for New Mexico Voices for Children, an advocacy organization.

Proposals to raise revenues, particularly in a year the state is enjoy ing such a large surplus, might face an uphill battle, said Richard Anklam of Tax Research Institute. They’re going to have to “explain why we need that in an environment when we have more money.”

But Jordan said a lot of programs were underfunded over the years. 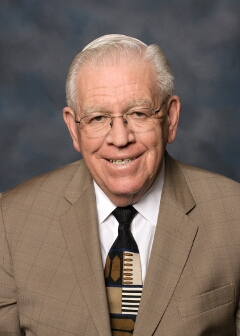 “That’s one of the reasons why we’re focusing so heavily on revenue and tax policy,” he said. “We really want to try to get it right this time and make some improvements so the next time a recession comes along we’re not laying off teachers again.”

The push-and-pull the next 60 days over the level of spending for education against all the state’s other needs — and the debate whether tax increases are needed to pay for it all — will be intense.

“I like to think I look way down the road. We’ve got some members who can’t see next week,” Smith said. “Somewhere you try to strike a balance.”