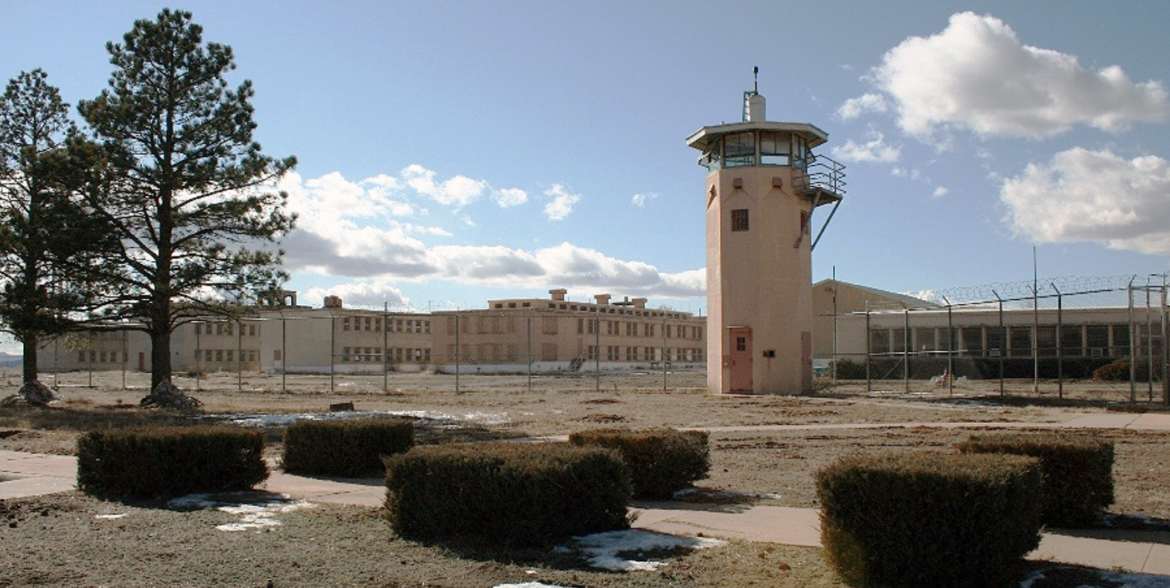 New Mexico appears to have bucked another national trend.

Just one of the nearly 4,000 inmates and staff tested in the state’s 11 prisons is positive for COVID-19, the respiratory illness caused by the new coronavirus, according to results released by the state Corrections Department on Friday.

The lone positive result, according to a news release from department spokesman Eric Harrison, was for a correctional officer at the Otero County Prison Facility in Chaparral, near the U.S. border with Mexico.

The officer is now in self-quarantine at home, Harrison’s release said.

Across the nation, prisons and jails have emerged as hotspots for COVID-19, with incarcerated populations and those who work to supervise them testing positive at alarmingly high rates in some places.

Many inmates suffer from pre-existing health conditions that make them particularly susceptible to the often fatal consequences of COVID-19, leaving prisons with some of the most vulnerable populations in the U.S. as the pandemic continues its march.

And with thousands of staff testing positive, the threat has pushed beyond the walls and into the American communities where detention centers sit.

In nearly every prison system around the country, when officials conduct wide-scale testing, they find high volumes of virus, according to data compiled by The Marshall Project, a nonprofit news organization focused on criminal justice issues.

But in New Mexico, the results released Friday amount to a near-miracle.

At a virtual news conference on Friday, Gov. Michelle Lujan Grisham and Human Services Department Secretary Dr. David Scrase attributed the nearly 0% test rate in the prisons to what they called early action by state officials — particularly the decision to cut off visits from attorneys, families and others in the prisons in March.

“Because we closed down swiftly, it meant that we had lower transmission rates and risks in a number of communities,” the governor said in response to a question from NMID.

Still, the results — just one positive case — do raise questions.

Harrison’s release did not say whether those staffers had since tested negative.

Harrison said those inmates are in federal custody and are housed in a different part of the prison than state inmates.

The state tested 3,954 people — including prison staff and inmates — concluding on May 8, Harrison’s release said. The effort was part of New Mexico’s participation in a federally-backed sentinel and surveillance testing program.

On Wednesday, Harrison told New Mexico In Depth that 1,678 inmates and 2,486 staff had been tested, and that all tests were complete. That would make a total of 4,164 tests — 200 more than his Friday news released indicated.

Harrison did not explain the discrepancy.

Staff were tested in each of the state’s 11 prisons, Harrison wrote in an email to NMID. He did not provide a breakdown showing where the inmates tested are incarcerated.

“The process for selecting (inmates) to test was done through coordinating with facilities to identify vulnerable individuals, new intakes, and possible symptomatic individuals,” Harrison wrote.

Staff were tested May 7 and 8, he said in an email, and inmates were tested May 9, 10 and 11. Wexford Health Sources, Inc., the private health care provider New Mexico contracts with for the prisons, administered the tests using nasal swabs, and TriCore Laboratories processed the results.

Lujan Grisham described the prisons as a “high-risk environment” and that she wasn’t sure whether the uncannily low positive test rate would hold.

“In collaboration with the New Mexico Department of Health, (the Corrections Department) will continue to conduct contact tracing and surveillance testing within prison facilities,” Harrison wrote in his release.

Lujan Grisham praised her administration’s efforts to reduce the prison population, citing what she called joint efforts with “our partners like the ACLU and others to make sure we can do a safe, early release for folks who are scheduled.”

As of this week, just 35 people have been released under an executive order the governor signed last month. A report from the nonpartisan New Mexico Sentencing Commission from last fall identified nearly 300 people who could be released early under state law.

The ACLU of New Mexico has been critical of the paltry release numbers and, alongside the Law Office of the Public Defender and the New Mexico Criminal Defense Lawyers Association, unsuccessfully petitioned the state Supreme Court to force Lujan Grisham to release more people.

Meanwhile, leadership of the union that represents many Corrections Department officers and staff responded to Friday’s announcement with cautious optimism.

Connie Derr is executive director of the American Federation of State, County and Municipal Employees, Council 18. The union represents more than 900 corrections officers and Corrections Department staff — more than a third of those tested for COVID-19.

Corrections officials did not share any test results with the union before releasing them to the press on Friday, Derr said.

“Wow. That doesn’t even smell right,” Derr said when NMID read her the results in Harrison’s news release.

She was writing an email to Corrections Secretary Alisha Tafoya-Lucero when NMID reached her by phone Friday, she said.

“There has been no communication from the department,” Derr said. “I was writing her to ask what the follow-up plan is. What’s the plan to re-test? What’s the plan to test the rest of the inmates. If it’s good news, why wouldn’t they want to tell the union to reduce anxiety among our members? It’s been a big abyss.”

Council 18 filed a complaint on May 1 with the state Labor Relations Board, accusing the Corrections Department of violating its collective bargaining agreement by, among other things, failing to detail contingency plans for sick workers or blunt the spread of the virus inside the state’s prisons.

Derr questioned how four staffers could have been positive for COVID-19 early last week but negative by week’s end.

“If they’re correct, it is, indeed, great news,” Derr said. “I am very happy if officers and staff are not testing positive. It is surprising, though, given what we are seeing elsewhere. And they did not introduce testing until the last couple weeks, so I still have questions. It’s kind of shocking.”

New Mexico is one of just 11 states that’s releasing information on how many prison officers and staff are being tested, according to data collected by The Marshall Project.

As of May 8, according to the Marshall Project’s data, more than 6,100 prison staff have tested positive for the virus nationwide; 22 of them have reportedly died from COVID-19.

Those figures do not include the numbers released by New Mexico officials for the prisons here.

Editor’s note: This story has been updated to include state Corrections Department responses to NMID questions about testing dates, administration and processing.