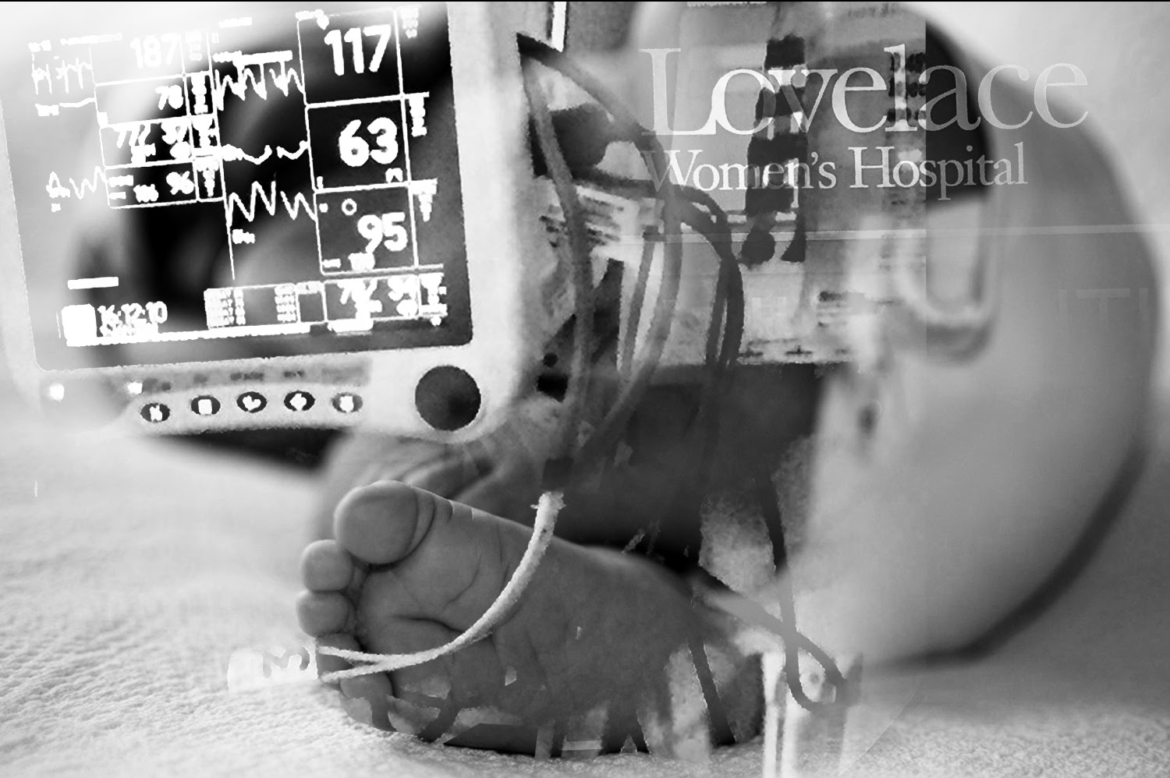 This article is copublished with ProPublica, a nonprofit newsroom that investigates abuses of power. New Mexico In Depth is a member of the ProPublica Local Reporting Network.

New Mexico parents worrying over the health of an extremely preterm baby have another reason to be concerned: Their state government provides almost no oversight of the care provided by neonatal intensive care units.

Thirty-one states, including neighboring Arizona, Oklahoma, Texas and Utah, have laws or rules requiring oversight of neonatal intensive care hospitals, according to a 2020 Centers for Disease Control and Prevention study. Some of these states make sure that hospitals provide care at the levels they claim to, and some periodically review data on patient admissions, transfers and outcomes to identify potential problems.

Some states, like California, do both. New Mexico does neither.

The federal government does not set standards for NICUs.

A New Mexico In Depth and ProPublica analysis published Tuesday found that an Albuquerque hospital, Lovelace Women’s, had a death rate for extremely preterm babies roughly twice that of Presbyterian, a nearby maternity hospital that has a comparable NICU. Clinicians voiced concern about aspects of neonatal care at Lovelace. The hospital defended the care it delivered and objected to the news organizations’ focus on extremely preterm babies, noting that these newborns represent only 2% of the hospital NICU’s admissions. The hospital also questioned comparing its performance to that of another hospital rather than to national benchmarks. But experts said the disparity warranted further investigation.

It is unclear, however, who would conduct such an inquiry because New Mexico requires little oversight of neonatal intensive care facilities and does not monitor their patients’ outcomes. New Mexico’s hospital regulators have not set foot in Lovelace’s NICU, or the other two Albuquerque NICUs, Health Department spokesperson James Walton acknowledged.

Other states take a variety of steps to ensure the quality of neonatal care. Experts point to Texas and California as gold standards for NICU oversight.

Twenty-two states, including California, Nevada, Utah and Illinois, have legislation or policies describing plans that advise lower-level hospitals on where preterm babies should be sent to receive the best care, according to a 2017 CDC study. But New Mexico has no perinatal-care regionalization plan, Walton said. Medicaid records indicate that some extremely preterm babies wind up at New Mexico hospitals that are not equipped to care for them. Statewide, between 2015 and 2019, more than 300 extremely preterm babies were admitted to hospitals that didn’t have a NICU, according to state Medicaid program records. (More than 70% of births in the state are covered by Medicaid.)

Regional plans allow hospitals to specialize and make better use of their expertise in caring for preterm babies, said Dr. José Antonio Perez, a clinical professor of pediatrics at the University of Washington in Seattle and the NICU medical director at Swedish Issaquah Medical Center.

Lovelace and Presbyterian are both level 3 neonatal intensive care hospitals, which the American Academy of Pediatrics defines as facilities equipped and staffed to care for high-risk infants. In California and Illinois, top-tier, level 4 NICUs, which care for the sickest premature babies, monitor level 3 hospitals. In New Mexico, such an agreement would give UNM Hospital oversight of Lovelace and Presbyterian.

Some states assemble groups of hospital officials, experts and community members to study and make recommendations about hospital practices and policies. But New Mexico’s version of these perinatal-care collaboratives focuses on maternal rather than neonatal care, noted Dr. Scott A. Lorch, a professor of pediatrics and associate chair of the Division of Neonatology at the Children’s Hospital of Philadelphia, and a NICU oversight and outcomes expert.

In Texas, inspections are done before the state officially designates a facility as a level 1, 2, 3 or MC4 neonatal hospital. The American Academy of Pediatrics conducts the Texas inspections using teams that include clinicians who care for newborns at similar facilities, including a neonatologist, a NICU nurse and, if surgeries are performed on-site, a pediatric surgeon. The inspections include checking staff credentials and reviewing patient records.

“You can really tell by reading patient charts and seeing what they do, whether they adhere to their own policies, if they’re consistent,” said Harvard Medical School professor Dr. Ann Stark, who pioneered the American Academy of Pediatrics’ guidelines for levels of neonatal care and who leads its NICU Verification Program.

Evaluations are repeated every three years.

“We learn from every survey,” Stark said. “The more you do something, the better you get.”

But in New Mexico, the state government has no legal authority to verify whether hospitals meet specific standards. Any level-of-care requirements, if they exist at all, would be set in contracts between the hospital and Medicaid managed-care organizations hired by the state, according to Jodi McGinnis Porter of the state Human Services Department. Those agreements are secret. Not even the state can access them. “They’re proprietary,” McGinnis Porter said.

For the public, the shortcomings of New Mexico’s system — and the disparity in hospitals’ death rates for extremely preterm infants — are nearly invisible. The state does not analyze or publicly disclose specific hospitals’ outcomes, which could inform parents’ decisions on where to seek care.

Parents facing the birth of an extremely premature baby “literally have no way to tell or to compare” if their baby might do better at another hospital, said a Lovelace clinician who asked not to be named for fear of retribution. Making hospitals’ newborn outcomes public could force them to identify the causes of problems and address them, the clinician said. “Hospital transparency could save babies’ lives and save New Mexico families in the future from devastating heartbreak.”

Lovelace did not respond to questions about lax state oversight and later declined to respond to any comments made by clinicians who had been granted anonymity by New Mexico In Depth and ProPublica.

New Mexico parents are not the only ones in the dark about how well their local neonatal intensive care hospitals perform. Across the country, expectant parents have no way to assess which maternity hospitals have the best newborn outcomes, neonatal hospital experts and clinicians noted.

“A mom comes into labor at 25 weeks, and at one center you have 21% mortality, and at the other one you have 36% mortality. That information is not provided to the family,” said Perez.

There’s a “wall of silence that families and the public face with regard to the quality of care in NICUs,” said Dr. David C. Goodman, a professor at the Dartmouth Institute for Health Policy & Clinical Practice at Dartmouth College. Goodman has studied dozens of U.S. hospitals’ track records in caring for extremely preterm babies.

This dearth of information on neonatal hospital care also slows academic research that could improve outcomes, said Lorch and Goodman. (Lorch’s research team was unable to obtain data on outcomes at New Mexico NICU hospitals, data that researchers can readily obtain in other states, thanks to legal restrictions on the disclosure of the patient-level information.)

Experts said expectant parents should not have to wonder about the quality of newborn care when they choose a maternity hospital.

“It points to the need for greater transparency in health care outcomes, particularly for our most vulnerable populations,” Goodman said. “We can only improve care if it’s measured routinely and shared.”

ProPublica is a nonprofit newsroom that investigates abuses of power. Sign up to receive their biggest stories as soon as they’re published.