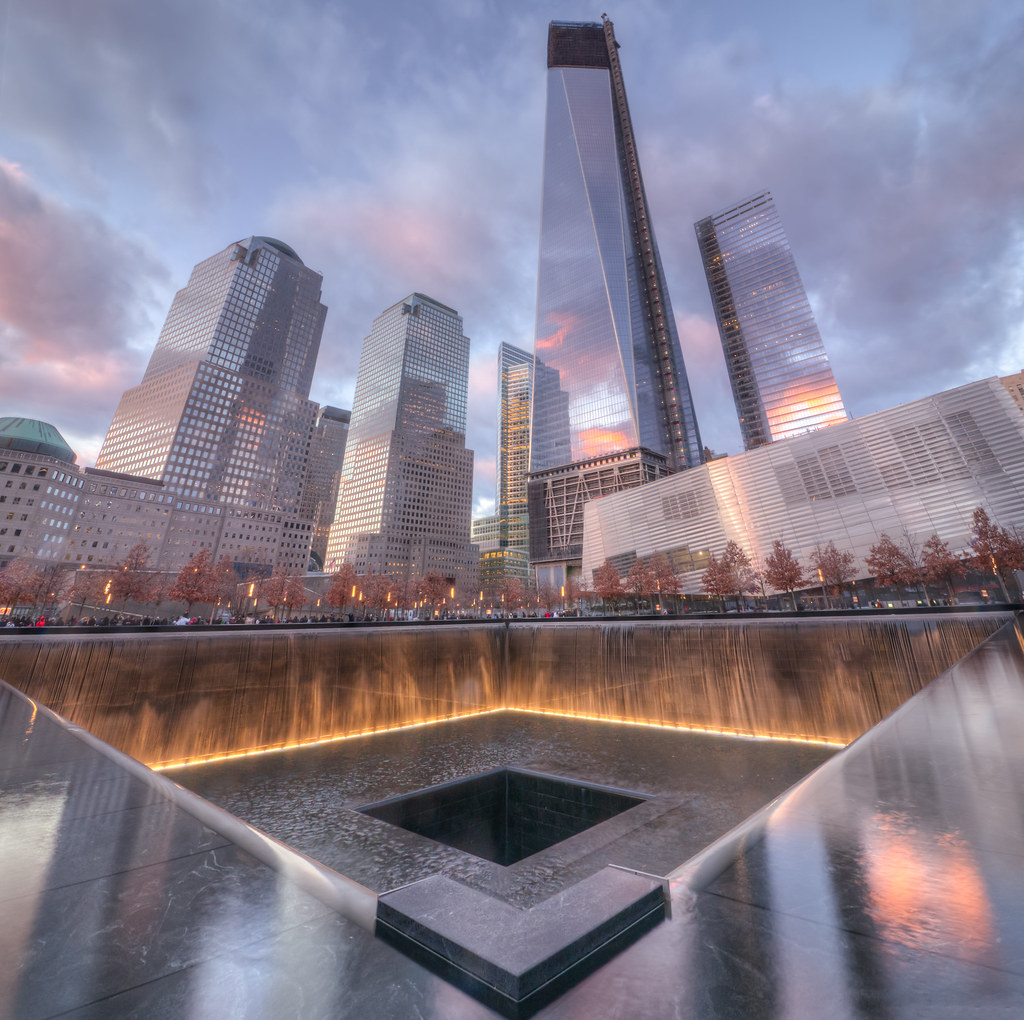 On the morning of September 11, 2001, my wife and I and our two-year-old son were in the middle of our morning routine in a two-bedroom apartment in Connecticut 80 miles from New York City.

We’d just returned from vacation in Pennsylvania — Lancaster County and Philadelphia — and as I readied for work I turned on the TV just in time to watch the first tower fall. After that everything is a blur, although I remember yelling to my wife in the back yard out the open window that one of the towers had tumbled in an explosion of dust and debris, a minute or so before an editor called to say I was needed in the newsroom immediately.

For the next three months at my newspaper, daily life was a powerful mix of chaos and sadness as we  compiled during overly long days a running list of local people unaccounted for in Manhattan or counted as dead and attempted to tell their stories. In the middle of that grimness an elderly woman 10 miles from our apartment died of anthrax, one of five Americans to succumb to a weaponized version of a naturally occurring biological pathogen. Her death put everyone on greater edge than before, including me.

Two decades on, I’ve made peace with the fact that 9/11 and the weeks and months afterward will stay with me the rest of my life. But as traumatic as those times were and as powerfully evocative as my memories of them are for me, time has widened my perspective on 9/11 and the world it helped create.

If we are honest with ourselves, Americans should reflect on both the complicated story of 9/11 and  what unfolded as a result of it over the next 20 years.

Every September 11, I remember the powerfully moving stories of parents, spouses and children left behind by those killed on that day. But I also recall the rising anti-Muslim bigotry that continues to affect Muslim communities and those mistakenly thought to be Muslim (a Sikh man in Arizona became the first victim of this violence two weeks after 9/11). I also remember the domestic surveillance and overpolicing of Muslim communities shortly after 9/11, compared to the complacency and torpor shown by law enforcement around growing white supremacy movements until recently. I ruminate on how it’s become more acceptable among some Americans to publicly utter racial and ethnic slurs in a post 9/11 world, too.

In short, I consider what it means to be a “real” American and how polarized we are as a nation, and as individuals, over how to define that term.

Every September 11, I recall the bravery and self-sacrifice of law enforcement officers who converged on NYC from around the country to try to find the living amid a dystopian landscape of charred ruins — and the dead once it was clear no more survivors were to be found. But I can’t ignore the militarization of law  enforcement in the United States since 2001 and how it has led to too many abuses and scandals to list here, particularly in low-income communities and communities of color.

I think of personal friends in the military who’ve deployed to Iraq and Afghanistan and come back with their own traumas. But I also think about the more than 900,000 people who’ve been killed — 350,000 of them civilians, the largest single group — in the multiple wars waged by the United States directly or indirectly in the name of 9/11. These were primarily Afghan and Iraqi civilians. Parents, spouses and children. In Iraq alone, estimates are that around 200,000 civilians were killed during a war that was built on a false premise — Saddam Hussein had weapons of mass destruction. He didn’t. How does that stunning loss of innocent life stack up against our country’s need for safety?

Every September 11, I think of the growing awareness among Americans of the world beyond the nation’s borders, particularly this year as a hasty and chaotic retreat from Afghanistan jarred us into fresh, perhaps new, awareness of what we have wrought, and the stakes for the Afghan people.

But I can’t separate that growing awareness from the many Americans who still don’t know much about other countries, cultures or faith traditions, and how beautifully diverse they are, just as we are in the United States — and how they fail to recognize that political and faith leaders don’t always — even often — speak for everyday people.

This is all a long way of saying that September 11 is a complicated day for me. Humans create rituals to memorialize significant events or moments. And mine each year is to set aside time on September 11 to reflect and remember the thousands who died that day. But it’s also an opportunity for me to acknowledge that, at best, what 9/11 created is a tale as old as humans themselves, of how fear emboldens a certain human tendency to dehumanize populations that aren’t viewed as insiders to the community.

Historians and sages will look back on the United States and its reaction to a monumental event in the first two decades of the 21st century as typical of powerful nations and unexceptional when placed in context with human history.

For those of us in 2021 remembering September 11, though, my hope is that it provokes not just a love of country, but a sense of humility and curiosity about people and cultures we don’t know much about, as well, so we don’t make the same mistakes in the future.