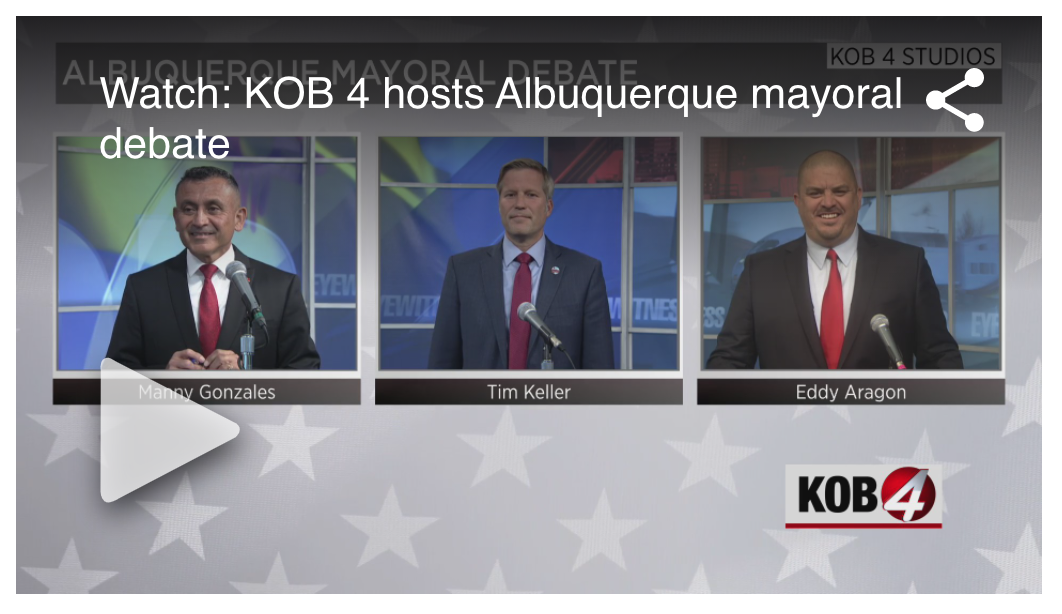 Four years ago the television ads, followed by billboards, showed an image of Keller and quickly cut to a dark figure wearing a hoodie, a classic racist trope. “Sex offender” flashed in bold red letters on the screen before cutting to a backlit child riding a bike.

Essentially, the ad sought to tap unconscious racist fears and smear Keller as a sex offender at the same time. Media outlets, including New Mexico In Depth, found no basis in the charge. Keller was one of 16 state senators in 2011 who voted for a bill sponsored by then-Senator Cisco McSorley that would have prevented municipalities from dictating where sex offenders could live. The state’s Sex Offender Management Board supported the bill.

But the facts didn’t matter to those who paid for the ads, a mega westside land developer and a southern New Mexico oil man. It was classic negative campaigning — just throw any sort of mud at a candidate because you don’t like their politics.

This was written for New Mexico in Depth’s Friday newsletter. Don’t miss out, sign up here to receive our free newsletter each Friday.

And the facts don’t seem to matter to Bernalillo County Sheriff Manny Gonzales as he tries to unseat Keller as Albuquerque’s mayor this year.

Gonzales dredged up the sex offender charge at a KOB mayoral debate Tuesday night, accusing Keller of sponsoring a bill in the past that would allow sex offenders to live close to schools and parks.

One hopes Gonzales paid attention when that piece of negative campaigning got discredited in 2017 by the media, but if not, did his research before uttering those words Tuesday.

But it got worse. Later in the debate Gonzales leveled shocking allegations of domestic violence against Keller without any evidence.

Gonzales is a law enforcement professional who should know how important facts are when accusing someone of a crime. But maybe not. Then he accused the mayor of having an affair with a subordinate, again with no evidence.

I’d add: cynical, calculating, and dishonest. And sad, frankly. Perhaps the worst is the allegation, with no evidence, of an affair. Keller’s family, including his children, must now grapple with it.

I want to say all of this is a sign of desperation in the Gonzales campaign, the sort that usually leads to wild negativity, though any longtime New Mexico political observer knows it’s also a sign of Jay McCleskey, a GOP political consultant and media operative known for hard-hitting, negative advertising. Gonzales has so far paid McCleskey $189,000, mainly for advertising costs.

But at the end of the day, as much as many like to throw stones at McCleskey or other political operatives, it’s Manny Gonzales who is responsible. Whether the unsupported attacks on Keller propel Gonzales to the mayor’s office remains to be seen. Regardless, what happened Tuesday is a particularly dark chapter in New Mexico elections that we can only hope won’t become the norm.

One thought on “Sheriff goes to the dark side, lobbing grim attacks with no evidence”