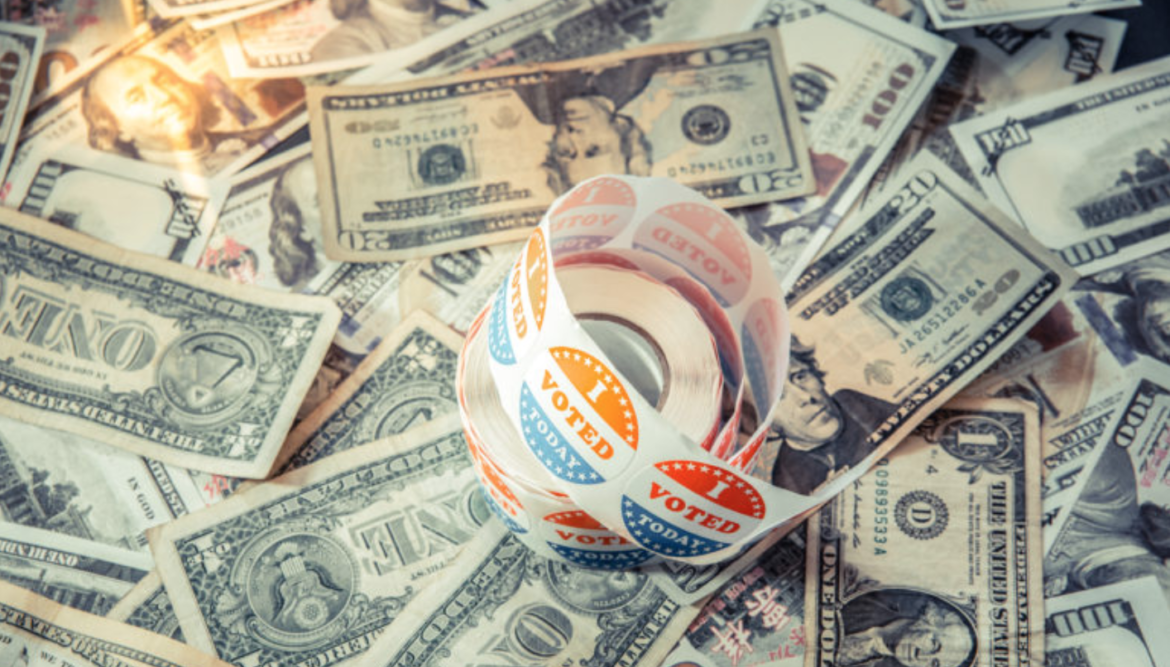 New Mexico lawmakers in 2019 doubled campaign contribution limits for those seeking seats in the Legislature or running for governor, arguing they needed more money to compete against a deluge of outside spending.

Now, in the first gubernatorial election since 2019, those higher limits appear to have paid off for incumbent governor Michelle Lujan Grisham, a Democrat, and her Republican challenger, Mark Ronchetti.

They’ve both already raised more than candidates raised in 2014 and 2018 during the same time period under the previous, lower contribution limits. Lujan Grisham raised by the first week of September as much as she did for the entire 2018 election.

But there’s another difference too, one that if it was foreseen wasn’t mentioned when lawmakers in years past debated increasing the limits: the majority of the cash used by Lujan Grisham and Ronchetti to run for office this year comes, so far, from a small set of well-heeled groups of individuals and businesses, unlike the previous two gubernatorial elections.

Campaign finance reports reveal multiple instances of tens of thousands of dollars coming from groups of people related through business or family connections, such as spouses, children, and parents.

The higher limits mean such groups can collectively give a much greater amount than before, and in turn garner the greater access and influence that potentially follows.

It’s unclear if one person acts as a “bundler” of such donations, because New Mexico doesn’t require people to disclose the fundraising they do among friends, family or colleagues to support particular candidates.

But groups of related businesses or families  and the amounts they’ve given can be identified by examining  information reported by candidates, particularly the physical or mailing addresses of donors.

Sixty percent of around $10 million raised by Lujan Grisham through the first week in September has come from donors at just 357 of the more than 13,000 donor addresses provided in her reports.

From each address in those small groups, the candidates gathered at least $10,000. In many cases there is one donor at the address giving the maximum of $20,800 (half for the primary, half for the general election), but there are many instances in which the total given by multiple people or businesses sharing an address is double that individual legal limit or much higher.

The giving reported so far spans the entire primary election cycle, which began Jan. 1, 2021, plus general election donations through early September. A look at the money gathered for the same period in the 2014 and 2018 governor’s races, when the contribution limits were half the size they are today, shows a much smaller percentage of funds coming from such high wealth groups.

Sorting through the campaign finance reports of Lujan Grisham and Ronchetti using addresses plus other internet research to identify business associations reveals large bundles of contributions from special interest groups or families aligned with political parties. Donors give themselves, their companies give, and in some cases donations may come from their children, spouses, parents, or other family members.

Here are some of the largest special interest groups or instances of family giving that New Mexico In Depth has found:

These are just a few examples of donations that when viewed through family or company ties exceed the amount of money allowed under state law for just one individual. Gubernatorial candidates can raise $20,800 per donor in total, half for the primary and half for the general election. That amount is double, plus an adjustment for inflation, the amount allowed in 2014 and 2018.

The challenge of money and the influence it buys

New Mexico adopted campaign contribution limits in 2009 after a period in which then-governor Bill Richardson gathered donations exceeding $100,000, including a political action committee that gave him almost $500,000.

Former Democratic Sen. Dede Feldman, who spearheaded the effort for contribution limits, said she was “very disappointed” when lawmakers increased the limits in 2019. “The really large big donors have undue influence and the elected officials pick up their phone calls a lot quicker than those that give $25,” she said.

Rocca said money “greases the gears” of informal networking with outcomes that are real even if hard to see. “Maybe there’s a word change or footnote change in a bill, or maybe a bill is not sponsored at all or maybe it is sponsored, because of the access that individual donor or group is receiving. You’re much more likely to pick up the phone if an individual donor is contributing a maximum amount of money than compared to somebody who isn’t contributing.”

But Senate Majority Leader Peter Wirth, a Democrat who for a decade built support for regulations that would force dark-money groups to disclose their donors, said a Supreme Court decision in 2010 called Citizens United allowed independent groups to spend unlimited amounts of money in elections and rendered the old limits insufficient for candidates to compete.

Such independent spending groups are “election strike forces” seeking to disrupt elections, Rocca said, and disclosure is the real need.  “If you don’t have the disclosure, then what it does is it produces the incentives for this under the table, you know, funny business that happens with “give me money, I’ll give you contracts and nobody would know any different.’ ”

Rocca went so far as to muse that lawmakers should “untether” candidates and parties from contribution limits. “Maybe there’s a chance that then they’ll be able to outflank the tremendous influence of Super PACs on our elections.”

Wirth said there were those on both sides of the aisle over the last decade who urged dropping the limits put in place before the Citizens United decision. Instead, a compromise was struck and the new limits were incorporated into Wirth’s dark-money disclosure bill in 2019.

Wirth and several of his family members are among those giving quite a bit this election cycle, contributing $47,000 collectively to Lujan Grisham.  “I believe very strongly in the campaign she’s running and what she’s done,” Wirth said of the donations to the governor, “and I’ve served long enough, 18 years, to see what would happen under the alternative.”