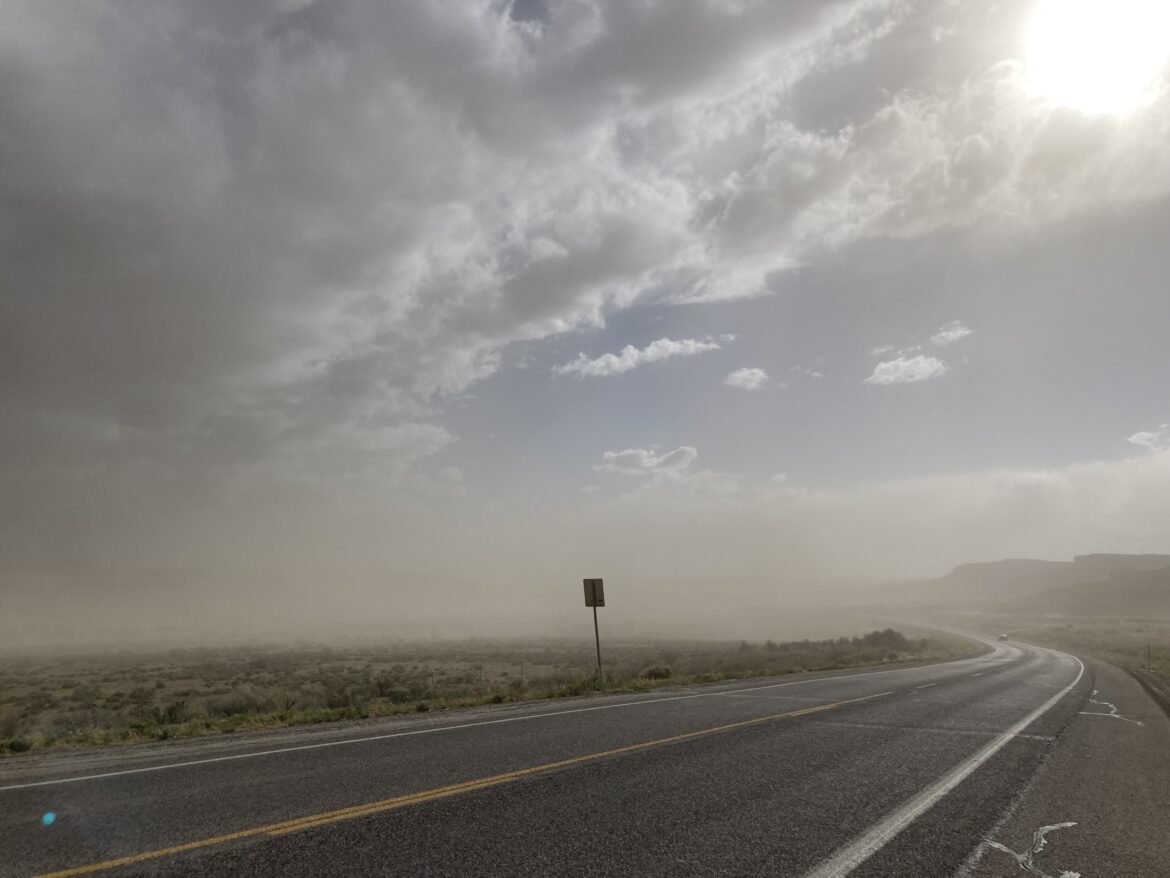 In reporting two recent stories about abandoned uranium mines north of Church Rock, N.M., I heard residents say several times that they want federal officials to take action, not just more talk about cleaning up radioactive waste left practically in their backyards for 40 or more years.

I also heard how exhausting it is for the people who live next to this waste to repeatedly tell their stories to people like me, people concerned, even outraged about the situation, but who don’t live there–journalists, government officials, and activists from elsewhere–who have the luxury to come and go.

“…sometimes, you get so frustrated talking about these things,” said Edith Hood, a resident who lives in the Red Water Pond Road community near the mines, in remarks to the Nuclear Regulatory Commission at their public meeting in Gallup last Friday.

The recordings I made were meant to make sure I quoted people accurately in the stories, but you should hear them, too. And I’ve included transcripts, as well.

This commentary originally published in our Friday newsletter. Sign up to receive our latest in your inbox.

A unified message from the three was that uranium waste should be removed from the Navajo Nation, despite the difficulties officials from the Environmental Protection Agency say are involved in doing that.

In the case of the Northeast Church Rock mine, the EPA proposes to move a million tons of radioactive waste a mile down the road, across a highway, to a superfund site on private land, where it’ll be capped with a barrier to prevent radon releases into the air.

EPA officials insist it can be done safely, and that it’s the only viable option. But Navajo people, from government officials to nearby residents, say there are no guarantees and it’s not fair. The  uranium waste would remain in their community in perpetuity, sitting in a flood plain at the mill site.

Nez said the waste must be moved “far, far away.” That goes for abandoned uranium waste across the Navajo Nation. Shirley said the Navajo Nation EPA understands the national Superfund law, known as CERCLA, very well. Local residents do, too, she said. But the waste still needs to be moved off Indian country, she said. Hood agreed. “We would like that waste pile to be removed from Indian country,” she said.

Last Friday was blustery, with high winds across New Mexico fueling forest fires in northern New Mexico that have burned hundreds of structures near the city of Las Vegas, including at least 166 homes. It’s an early start to the fire season during sustained drought as climate change creates increasingly dry conditions across the state year after year.

New Mexico has always experienced high winds in the spring, but with drier conditions those winds pose more dangers for wildfires. In arid rangelands found across the state, including in western New Mexico, less rain also creates drier landscapes where more dust is kicked up by windstorms.

Last Friday, when NRC officials met with Navajo residents living near uranium waste north of Church Rock, locals used the dust kicked up by the high winds to describe the danger of living in a uranium contaminated landscape where the dust might contain radioactive particles.

Everyone who attended the afternoon meeting at the Red Water Pond Road community shade house, myself included, got a good dose of the dust.  The difference between us outsiders and residents? After a few hours, we left. Residents like Edith Hood didn’t. Four decades on, they continue to wait for the federal government to clean up the uranium waste abandoned by an industry that helped create the U.S. nuclear arsenal.